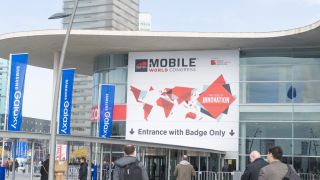 In an increasingly competitive marketplace, operators are always seeking new ways to attract and retain subscribers. This will encompass not only new services but better quality existing services too. MWC has long provided an ideal ground for discussing, testing, and launching new ideas into the industry, and this year will be no different.

Mobile influences the daily lives of an increasingly global market, affecting our decisions and actions more than ever before. As such, subjects of debate will be wide-ranging and from an equally broad cross-section of industries. Still, from the opportunities to the challenges to the dangers, there are a number of trends that will permeate the event in 2017:

Both the FCC in the US and BEREC in Europe have issued guidance that asks telecom operators to detail the actual QoE delivered to subscribers on their networks – including throughput, latency, and packet loss, for all service plans – which will start to make real headway among operator groups as MWC 2017 takes hold.

Consumers now expect to be able to use data-intensive applications and services anywhere and at any time. They are also becoming more sophisticated in how they use broadband and more sensitive to network disruption as a result, especially if it leads to slow social networking, stuttering video streaming, or laggy gaming. The growing number of broadband providers and flexibility of the plans they offer means consumers will be quicker to switch providers if network speeds and quality do not deliver, and we will see more of this in the coming months.

By the end of this year, as more consumers rely exclusively on their broadband connections for video and voice services, regulators will also go a step further and be pulled into mandating quality measurements for operators.

The already well-publicised issues with security on IoT devices will cause more problems on broadband networks, for which the DDoS attack on Dyn in October last year will be a sign of things to come. Hackers gained network access via unsecured IoT devices, in what was subsequently named the biggest ever DDoS attack. As the IoT expands, and the popularity of smart devices in consumer and enterprise markets increases, attacks of this sort will be more frequent. Further, the sheer number of IoT devices being used will amplify the attack power to Tbps of capacity.

There are actions which device manufacturers can take to design and produce more inherently secure IoT devices. But network operators also have a central role to play in mitigating attacks. It is essential they employ fine-grained filtering and rate limiting of attack traffic in order to differentiate their service offerings and keep subscribers happy.

T-Mobile delivered a blueprint for mobile differentiation when it introduced zero-rating; not charging its subscribers for data whilst using the popular Pokémon Go app. This resulted in impressive subscriber growth in the US, and in 2017 other disruptive mobile operators are likely to follow suit in an attempt to emulate this recipe for success. Last week, for example, Vodacom in Africa announced it’ll give its subscribers free access to Facebook Flex, a data-light version of the social media app.

If operators do follow the lead of T-Mobile and Vodacom, it is important they understand which applications would deliver the greatest perceived value to their subscribers and how their network would cope with increased volume for zero-rated applications and content.

4. Virtualisation will get some big deployment wins

Operators worldwide are working to virtualise their infrastructure. On stands and in meeting rooms at MWC, there will no doubt be plenty of discussion and planning of post-show deployments. And in the months following, we will witness many deployments that begin to reap the benefits of virtualisation as vendor solutions become more mature, deliver scalability, and get ‘good enough’ orchestration to roll out services.

As growth and revenue has flattened out, telecoms operators around the world are digging deeper to improve their bottom line and meet business goals. The amount of data companies are able to gather from network and service users is huge. This will grow in line with the expanding IoT, as more connections are established and greater volumes of information are shared.

Operators are beginning to learn how to leverage these vast sets of information, and effectively analyse and act on big data. This will impact every area of telecom business, including the network, where intelligence about subscriber behaviour and network performance will be more heavily relied upon for network and operational goals and investment decisions.

Looking ahead to MWC

These five points will shape conversation at MWC 2017 and impact business strategy and revenues over the rest of the year. The pace of change in the industry is increasing, consumers expect more from services, and the routes to profit for operators are shifting.

This year holds a wealth of opportunity for the industry, though it remains to be seen if and how regulators may curtail this. Of most concern, however, are the potential challenges and dangers of cyber-attacks, meaning that close network monitoring will prove more important than before.