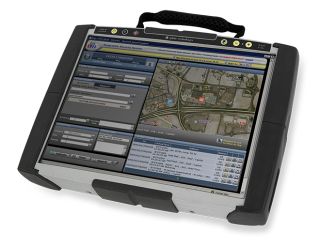 In the 1990s, the introduction of the internet changed the way we would use technology forever. In fact, there’s a belief that the 1990s “…brought some of the greatest scientific findings and technological inventions in human history.” Rugged tablets and ultra-rugged tablets were among them.

The devices promised to enable industrial workers in sectors ranging from utilities, public safety, manufacturing, oil and gas, mining, construction and more to safely and securely compute in the field, but the product category certainly struggled with a bit of a bad reputation.

The first rugged tablets were considered “tanks” – heavy, slow, energy hogs. Today, after several rounds of research and development, the introduction of new competitors, and the mergers and acquisition of old, the rugged tablet options look, feel and run a lot differently. At the recent DistribuTECH conference, a national utility industry event, it became clear that this industry is still suffering from dated perceptions; but similar to the advancements in the consumer tablet market over the past 20 years, rugged tablets have evolved.

As we have seen in the consumer tablet space, where price points have evolved from $2,200 investments to $400 ones, rugged tablets have, too, changed in many aspects since the late 1990’s. With their weights dropping more than just a few ounces through the years, the operating systems becoming much more focused on the needs of commercial customers, and their security continuing to increase, the changes have almost been straight across the board. To convey just the magnitude of this change from the products first introduced, take a look at Figure 1.

Like all aspects of the technology industry, changes are evident in the hardware, the software, the maintenance time and costs, the system and accessory costs, and system setup time and downtime. The point is clear – the systems you might imagine look nothing like what is now on the market today.

Take this one example from the Xplore Technologies archives. The tablet on the left was released in 1998 and the tablet on the right, 2016. The design of the latest model here, the XSLATE R12 has been called “an example of how far mobile computing has come over the past decade, featuring hardware that competes with and often exceeds what’s available on laptops with a comparable volume (Tech Radar Pro, 2017).” The design now deemed “glossy” and “slender”; something that it “doesn't look as tough and rugged as it actually is.”

There are common comparisons made today between consumer tablets and rugged tablets, after consumer tablets entered the market in the early 2000s. Even more commonly today, the enterprise tech sector is beginning to also compare the encased smartphone to the inherently rugged tablet. But there are real differences between smartphones and rugged tablets, and a “wrapper” can’t come close to closing that gap. Yes, smartphones are notoriously small and light, and at a cost of roughly $500, are becoming seen as disposable tech in many ways. The reality is, though, they run consumer operating systems that aren’t suitable for professional usage and can’t come close to the durability of an actual rugged or ultra-rugged tablet products. While some smartphones share rugged tablets’ IP67 rating, describing the ability to resist damage from water and dust, smartphones do not share the rugged tablets’ Mil-STD-810G 4’ or 5’ drop spec. Smartphone technology is undeniably more fragile, no matter the industrial case, and an 18-inch drop can still severely damage them. So can the vibrations, shocks, salt fog and extreme temperature variations that any mobile device is prone to experience on on-the-job. This means that smartphones carry a greater risk of valuable data and productivity losses on top of the technology downtime itself.

The money myth, AKA the Bottom line

One of the most oft-highlighted rugged tablet industry headlines centers on the off-the-shelf price point. And yes, while this first hardware cost can sometimes be greater than that of today’s consumer-grade products, rugged tablets simply can’t be devolved into a consumer competitor, because they are not. Trusted third party analysts have regularly examined the total cost of ownership (TCO) of mobile devices and consistently show a significantly lower cost to organisations that deploy rugged tablets versus non-rugged tablets.

In March 2016, VDC Research performed an updated analysis on TCO differences between ruggedized vs. non-ruggedized tablets. This TCO calculation factors in two key factors that are well outside the basic hardware purchase price – productivity loss and IT support costs. See

Because of this clear value proposition, VDC Research actually expects the rugged tablet market to expand from $589.7 million in 2016, to $623.6 million by 2020, even as the consumer side of the tablet market is expected to decline.

With 20 years of industry experience under its belt, now, the rugged tablet industry is not only vastly different than those original perceptions of the late 1990’s, but it’s continuing to expand its reach across industries. So put away those tank-like perceptions, and the idea that these devices weigh as much as a ton of bricks. The best thing to do would be to get your hands on one of today’s latest devices and see for yourself that these myths are long overdue for some busting.