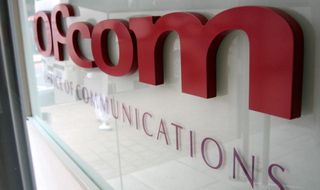 Openreach is currently famous in the UK for all the wrong reasons. Most businesses unfortunately have their own story about how they have been let down by Openreach - left with unreliable service, slow installation, or unacceptable repair times. Openreach has also frequently made the situation worse by not investing in the improvements and innovations that all businesses need to get the internet speeds required to function in a modern world economy.

Many of Openreach’s problems boil down to a lack of network investment and a lack of resources to manage the ever-increasing demand. Many of these in turn stem from its ownership by BT Group, and will only be partially resolved if Ofcom carries through with its plans to make Openreach a separate legal entity.

When BT was privatised thirty years ago, it inherited the nationwide network on which the vast majority of us are still reliant. The problem is that BT today is much more than a wholesale provider of fixed-line telecoms. Managing the Openreach network is far from its only priority, as BT moves into big TV deals (most notably bidding huge quantities for the rights to show Premiership football games) and even bigger mobile acquisitions. This means Openreach has had to fight for resources, and money that could be spent on the nation’s broadband infrastructure is invested elsewhere.

As a less glamorous subsidiary of BT Group, Openreach has been unable to control its own investment, and over time underinvestment has compounded, leading to frustrated engineers and customers. Openreach is a resource that so many of us use, and we are all paying the price for the lack of effective competition and choice. While we are working closely with Openreach, it is clear that its present structure means it is unable to prevent the UK falling behind other countries in terms of internet speeds and innovation.

A call for change

For years now, many of us in the industry have called for radical changes to Openreach for the good of the nation’s digital economy. We could see the impact poor service was having on businesses and consumers up and down the country, so that’s why TalkTalk, Vodafone, Sky, Three and the Federation of Communication Services (FCS) launched the campaign to Fix Britain’s Internet. We wanted to give customers a platform to tell the regulator their ideas for how Openreach could serve them better.

During this campaign, we asked for businesses to join with homes across the UK to demand better internet. We wanted businesses to have their say on the future of the UK’s networks and ensure that their opinions on Openreach were heard just as loudly. Many of our customers lined up to tell us about the experiences they had dealt with in the past. One of the common issues raised was delays when installing new lines with Openreach. It was important to hear what businesses had to say, as they have their own unique concerns when it comes to the state of Britain’s internet.

As part of Ofcom’s ongoing review the regulator announced that it would be pressing for Openreach to become a separate legal entity within BT Group. However, while Openreach would now have a separate board, that is unfortunately where the ‘legal separation’ ends, as Ofcom has stopped short of recommending the full structural separation that would deliver meaningful change. Openreach will still be dependent on BT Group for major investment decisions, and there is no guarantee that it will be able to develop innovative new products with other ISPs without BT Retail’s involvement. Its ability to act independently and control their own investment decisions will still be severely curtailed, to the ongoing detriment of UK businesses.

As it stands then, Ofcom’s decision, while a welcome step in the right direction, simply does not go far enough. While it remains a part of BT, Openreach will always struggle to assert itself and speak for all of its customers, and not just for its parent company. The overwhelming reality is there will still be a conflict of interest that hurts us all. The UK’s businesses, and the IT reseller channel that often supplies them, will continue to get a worse experience than could be achieved.

So, what next? While this was not the decision that we think is in the best interests of the UK’s businesses and consumers, this is at least a first step. As before, we will continue to do everything we can to work with Openreach to improve services for our customers, whether that’s reducing the time it takes to provision new Ethernet connections, or keeping customers up to date with information on progress. Engagement is always the best option, and recent changes to the way that we work and communicate with Openreach are already leading to better results for our business customers.

For example, we have recently set up dedicated contact teams within TalkTalk Business that work exclusively with Openreach. Often, one of the biggest problems when it comes to Openreach is a lack of communication. Businesses are often not informed of when their orders will be fulfilled by Openreach, and if they are not available for their installation on a given day, they face being sent to the back of the queue. This unsurprisingly causes frustration and wastes time and resources for the end customer, ISPs, and Openreach itself. By having ringfenced teams in place, providers can let their customers know the status of their order and inform them when their installation is taking place. Openreach needs to be reformed further, but that does not mean that we should disengage and lessen our collaboration.

Ofcom’s decision is unlikely to be the last word on Openreach. We will continue to push Ofcom to ensure that the plans it has put in place deliver real, meaningful improvements quickly, while also continuing to improve how Openreach is serving our customers in the meantime. If major changes cannot be delivered, it will be time for Ofcom to look again at the full structural separation of Openreach from BT, once and for all.