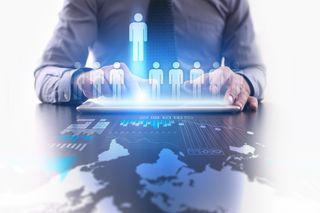 Outsourcing IT development requires very little courage. Some of the world’s most well-known organisations were built through such efforts, including the likes of Alibaba, GitHub, Skype, Slack, and WhatsApp, among others.

HumanEyes Technologies, the maker of the 3D virtual reality (VR) Vuze camera, produces what some call one of the coolest mobile accessories in the world. DigitalTrends.com calls Vuze “one of the most versatile immersive cameras on the market.”

HumanEyes outsourced the development of the Vuze camera’s mobile app (for Android and iOS) that allows users the ability to operate the camera remotely. The app unlocks the full potential of the camera by enabling various shooting modes and a powerful editor that customers can use to enhance their experience with video and images.

The success of the launch is primarily the result of its app development efforts.

HumanEyes, an Israeli-based tech firm, offshored development of the app to solve several problems, including:

HumanEyes is no technology novice. The firm behind the development of the Vuze camera holds more than 70 patents in the areas of 3D computer vision and image processing, so it’s clear it knows more than thing or two about developing first-rate hardware and products.

The biggest challenge for the Vuze camera app was allowing users the ability to edit high-quality videos on their smartphones. They had to be able to edit video, even on a basic smartphone.

Likewise, it needed all videos to look accurate and natural after a stitching process since the device consists of two cameras that come together simultaneously, to create a 360° video.

Another element required that users be able to create 3D photos from video and stream and share that content via social media.

The problem for all of this was one of timing. Thus, the reason HumanEyes outsourced development.

While developing the camera and a new dual-camera, only six months stood between product development and release of the product to the public. Leadership understood that it didn’t have necessary internal capabilities develop both the app and the camera to meet the launch date.

So, HumanEyes reached out to an offshore vendor to take on the task.

Building a relationship of trust

In addition to copious technical challenges, HumanEyes faced the primary issue of passing on exacting and specific tasks to the offshore team. It was the company’s first experience with outsourcing, so trust-building was a challenge for both sides: client and vendor.

When outsourcing a project, mutual trust between all parties is required, but that doesn't mean it can come easily. Trust is earned by meeting results and deadlines and coming together collaboratively. For outsourced arrangements to work, all parties must find common ground in the common goal.

The goal always is the successful development of the agreed-upon solution. Getting there means sharing the goal, setting metrics to achieve the goal and transparency during every step of the process. Of all of these, transparency is the most important.

When working with an offshore vendor, placing all cards on the table and clearly stating the achieved agenda brings all partners into all areas of thinking about the project. Doing so allows the outsourced teams the opportunity to investigate and research all aspects of the project and offer feedback and guidance for addressing all issues to overcome all obstacles.

Teams provide feedback to leadership and the communication flow, which helps build trust and accountability of all parties.

In the example above, as HumanEye’s team opened its communication channels to share goals and expected outcomes with the outsourced developers, all parties held each other accountable.

The proof is in the results

Before entering the project, Ilya Kottel, vice president of R&D at HumanEyes, was not a fan of outsourced processes. Previous poor experiences set a defiant tone for working with non-internal teams, despite encouragement from other leaders within the company. After much prodding, Kottel relented and moved ahead with the outsourcing.

This collaboration would not have been possible without excellent communication between all teams, and working toward shared goals. Transparent processes created opportunities to build trust between all parties.

The outsourcing provided HumanEyes an essential avenue for how to move forward, no matter if future projects are handled in house or are outsourced.

While reasons for outsourcing can vary, there are more than one way to tackle development or expertise limitations. HumanEyes proved to itself that outsourcing is one solution.

If too much time or expense is required to develop or obtain internal resources or the solution does not lie within the organisation’s strategic vision, collaboration with a partner can lead to success.

Developing channels for open communication, transparency and trust can lead to the same successful results, no matter the project in question or where the team is based.