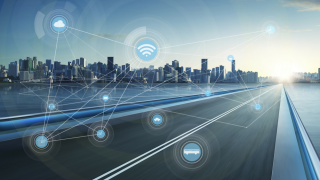 We live in an increasingly urban world where more than half of the population reside in cities. Globally, urbanisation is advancing at a rapid pace: today, more than 4 billion people live in urban areas, and this number is about to reach 6.7 billion by 2050, which is 68 per cent of the expected population in total.

When compared to rural areas, urban living is usually associated with the higher quality of education, healthcare, and social services, and more opportunities for cultural and political participation. At the same time, urbanisation imposes sustained challenges to socio-economic development and environmental protection. This is particularly relevant to regions where the pace of urbanisation is the fastest such as Africa and Asia.

Now that urbanisation has become a trend, cities require continuous energy supply for industrial and commercial activities, transportation, infrastructure, water distribution, and food production. Cities consume from 70 per cent to 80 per cent of global primary energy and emit between 50 per cent and 70 per cent of the total greenhouse gases. Electricity and heat production are the major sources of greenhouse gas, followed by agriculture, industry, transportation, and other sectors.

If no steps are taken to improve the situation, the use of energy in cities will more than triple by 2050, which will leave a massive ecological footprint on our planet.

Reducing energy consumption is a high-priority challenge. The solution might lie in the adoption of energy‑efficient technologies offered by internet of things development, namely by smart cities. A smart city is the one employing IoT sensors and other technologies used to collect valuable data from various aspects of urban infrastructure: roads, bridges, rails, communications, water, power, major buildings, and many more. Processed with predictive analytics and data science, the collected data may empower both service providers and citizens to make more thoughtful decisions.

Smart cities offer a number of solutions aimed at optimising the use of energy resources. Here are some of them.

A smart grid is a way of integrating digital technology into the traditional electrical grid. This allows for two‑way communication between consumers and power suppliers. Thus, consumers are able keep track of how much electricity they use via a dedicated application. In their turn, energy companies can communicate with clients to inform them about optimal time to run their electronic devices, for example, when there is enough power in the grid or when the price for energy is at its lowest.

Smart grids are equipped with sensors that gather and transmit data about energy supply and use it to improve efficiency, minimise environmental impact, and reduce overall costs. In other words, they contribute to more effective appliance management and control.

Though advanced metering infrastructure (AMI), or smart metering, is closely associated with smart grids, these are not interchangeable terms. Smart grid is a broad concept of energy delivery improvement, informed consumption, and environmental impact reduction, while smart AMI is a narrower concept implying home automation devices that provide near-real-time data on energy usage to both energy providers and energy consumers. AMI contributes to the end users’ awareness of their energy consumption and let them manage it better.

Furthermore, smart metering allows utility companies to deliver the amount of energy equal to the demand in a particular region. Thus, such systems can provide considerable operational, customer service, and financial benefits. This encourages countries to start deploying smart meters nationwide: in the United Kingdom, the government announced its intention to implement AMI in all homes across the country in 2020.

Efficient public lighting is yet another area that reveals opportunities for energy consumption reduction in smart cities. In particular, a possible solution is the adoption of LED-based street lights enhanced with smart controls and motion sensors that perform switching on and off automatically when necessary.

Intelligent street lights are connected to central control systems via different communication networks to allow data import to the management server. This makes street lights monitoring and regulating possible, including such processes as:

The benefits of the smart lighting infrastructure might go beyond improved illumination and energy saving. Different sensor types are already being integrated into connected street lighting to control air quality, noise, temperature, humidity and radiation for enhanced environmental monitoring purposes.

The challenges of smart energy adoption

With the potential of the smart city technology to resolve energy consumption issues, there is a question inevitably arising: why hasn’t it already been widely adopted? There are three main stumbling blocks to smart energy solution deployment: security issues, lack of policies, and consumer awareness.

As with any IoT technology, security is a major concern. Smart grid hacking may cause electricity outages and cost millions to individuals and businesses. Data collected from smart meters can be a subject of cyberattacks as well, disclosing sensitive information on consumers’ energy usage patterns and lifestyle, which violates their right to privacy.

Without the right policy and standardisation put in place, it is impossible to ensure interoperability and safety of energy-efficient systems. The key to these is the adoption of uniform standards and requirements for smart energy solutions and operations.

Lack of consumer awareness creates myths. For instance, many believe that smart meters in homes can cause health problems associated with electromagnetic radiation fields. While there is no confirmation of this, the movement against rolling out smart meters is gaining ground in some countries. Consumer awareness programs may help inform people about the benefits and impacts of the connected energy technology.

To sum it up