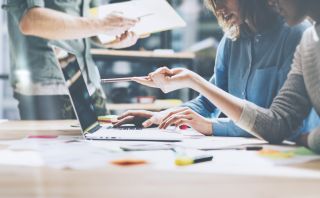 As consumers, we all want to purchase goods and services simply. We expect a smooth transaction with no challenges or restrictions around how we can complete the purchase. When buying in person, we mostly receive one-on-one service with our physical items scanned and bagged for us, and reassurance that the service we’ve ordered is the right one. When purchasing online, we expect a similarly effortless process, with intuitive websites, smooth checkouts and instant confirmation.

Delivering a smooth online service is dependent on maintaining an effective website built on solid infrastructure with support for multiple currencies, payment methods and languages. Yet, many still deprioritise such features, believing that other touchpoints require much higher investment.

All Companies Are Ecommerce Companies

Whether a company operates predominantly in the digital or physical world, many companies have digital offshoots which provide an additional revenue stream, meaning investment in digital capabilities is essential. Those that shy away soon run into difficulties, with digital-ready competitors and digital-only disruptors stealing a march on attracting online customer bases.

In August 2018, House of Fraser – a traditional British high-street department store – was just about saved when it was acquired by the owner of Sports Direct. The acquisition followed years of trading difficulties which experts believe was partly due to its reluctance to invest in digital offerings. The business obituaries are full of once-established high-street names that couldn’t keep pace with today’s consumer requirements, and any company that wishes to remain among the “living” must start thinking about themselves as an ecommerce company.

Moving online isn’t the only shifting business model, with more companies turning to a subscription model rather than focusing on one-off sales. In the U.S., the subscription economy has grown 100 percent year-over-year over the past five (according to McKinsey and Company), and there is similar growth in the UK. Whether it’s recurring purchases of software, access to digital media or even razors, consumers are more willing to enter relationships that can last for years.

Attracting and Retaining Customers is a Challenge

While a subscription model should mean more profitable relationships, it also emphasises the requirement to consistently attract new customers – something that many struggle to do. Firms have traditionally turned to advertising as a way of boosting awareness, which undoubtedly still has its merits. But while the world’s most reputable brands vie for lucrative slots during globally-watched sporting events or on the billboards of Piccadilly Circus and Times Square, most businesses can only afford significantly less. This raises the question around the true ROI of advertising.

Adverts – whether it be flashy banners or TV advertisements – cost money to produce. On top of that, businesses have to pay to place them. More influential locations with higher traffic or footfall come with a higher price. All of these costs are invested upfront, with companies hoping that adverts bring in enough new business to make the money back and produce a return. The issue is that a lot of advertising campaigns are priced with no link to performance. There’s no guarantee that an ad will result in a sale, and businesses could potentially waste entire budgets – which may prove to be fatal. These factors have resulted in businesses looking for new ways to promote their goods and services, and many are turning to performance marketing as an alternative.

As an extension of digital marketing, performance marketing uses promotional partners or “publishers” to promote goods and services online. These parties host adverts on their sites but unlike advertising, the cost is based on variables. It could be dependent on the number of clicks an advert receives or the number of times it’s seen, or be linked to more direct sales factors such as leads generated or deals completed. This structure of payment means that upfront pricing is typically low and it’s far easier to calculate real-time ROI. Similar to traditional advertising, costs are higher when partnering with more influential sites, but if these are only paid based on success variables, any advert needs to essentially generate money before payment is made.

Another benefit is that the type of publisher selected and the advert it hosts can be incredibly targeted, making it easier to generate sales from new demographics or global markets. Businesses effectively use publishers’ circles of influence to widen their own.

Performance marketing is also good news for publishers, as it opens up new revenue streams. Not all content sites can rely on direct advertising income and the variable setup makes them a more viable option. With income linked to advert performance, it requires them to keep sites updated with new content to maintain and increase traffic flow – which simply benefits all parties. The publisher grows in influence as its content becomes more sought-after and widely read, and the retailer’s customer base grows because of adverts hosted by a third party. It’s a win-win.

Successful Campaigns Are Reliant on Effective and Simplified Management

Companies aren’t restricted in the number of publishers they partner with, but the success of campaigns can be deterred by how effectively they can be managed and optimised. If businesses try to manage the partner network manually, analysing the huge quantities of inflowing data becomes too complex. Optimising opportunities will be missed and adverts won’t perform as well as they could.

As such, businesses that are serious about nurturing successful performance marketing campaigns should adopt technology that enables them to connect all incoming data sets and consolidate them into one. When everything is centralised and employees have access to all raw data, it’s far easier for them to turn it into actionable intelligence that can be used to enhance adverts, partner programs and wider campaigns.

Ultimately, performance marketing provides a true alternative to traditional advertising. The low upfront charges combined with variable costs means businesses pay for their successful adverts, and those that can’t perform to desired effect can be optimised to boost return. When companies have the tools in place to manage campaigns effectively, the positive impact on revenue and customer growth can be staggering.