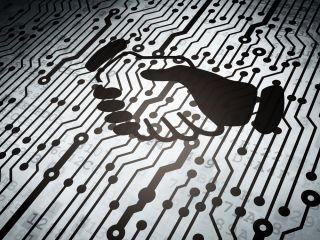 Over the past couple of years, names such as WikiLeaks, Steve Bannon and Cambridge Analytica have become increasingly known among the general public, serving as evidence of the extent to which Western democracy is now believed to be under threat.

Donald Trump’s victory in the 2016 U.S. presidential elections, for example, after having secured a very slim majority, was seen by many as being impacted by election hacking, in which the machines used to record votes were compromised in a cyber-attack reported to have been co-ordinated by the Russian government.

And yet, while it is possible that hackers may have exploited vulnerabilities in these machines in order to deliver fraudulent results, it is unlikely that this would have been a primary attack vector. After all, in the 2018 US mid-term elections, no evidence was found of any such tampering, despite considerable concern before the event. Indeed, the hacking of voting machines is actually a very rare occurrence. With oversight over major elections a legal requirement in the majority of large democratic countries, external observers are employed to ensure the honest and accurate reporting of all votes cast. With such scrutiny in place, there is little chance that these machines could be used as a means of influencing the democratic process to any degree.

A far more significant threat to democracy, and one that has made its way into common parlance thanks to President Trump himself, is that of misinformation, also known as ‘fake news’. Psychological operations can be employed as a means of changing public opinion toward a particular economically or politically motivated agenda.

Information operations and psychological warfare have long been employed as standard tactics when entering a theatre of conflict. Traditional methods would involve agents on the ground speaking with locals to win their acceptance of an invading force, or distributing pamphlets explaining the invaders’ intentions. For a more impactful campaign, heads of local businesses or particular areas would be employed as advocates for the cause; recruiting people in whom the population held a degree of trust, such as leaders of particular factions or trade houses, made it significantly easier to spread the desired message.

Methods such as these have been used by intelligence agencies for decades as a means of influencing the thoughts and beliefs of strategically important parts of a country’s population. The U.S. would often employ similar psychological warfare techniques while enforcing regime change in Africa or South America, for example. Today, though, the tables have turned, and we are seeing the same information operations being used by hostile nation states against the U.S. and other Western countries in an effort to disrupt their democratic process.

Inevitably, of course, these traditional tactics have moved into the digital world. With more than half of the world’s population now online, nation states, agencies and even solo actors are able to quickly and easily spread information – or misinformation – among entire sections of the populace in order to influence the way they think.

It is widely believed that Russia has taken to the web in a bid to upset democracy in the West, the most high-profile example being a series of campaigns aimed at diminishing the ability of the U.S. to trade with its global partners, destabilise its government and generally cause civil unrest.

As part of a campaign believed by the US intelligence community to have been orchestrated by Russian intelligence to assist Donald Trump in his campaign for the U.S. presidency, the Democratic National Congress (DNC) famously suffered a serious data breach when hackers infiltrated its servers before and during the 2016 elections.

During this time, bad actors also used Facebook and other social media in their attempts to subvert the democratic process, buying up space on the sites and populating it with content designed to promote a specific sentiment. Some of this content would be used to flood Facebook with messages that ran contrary to statements made by public servants, provoking a negative response and sowing the seeds of chaos and confusion. At the same time, well written and insightful content largely made up of misinformation and ‘fake news’ would be widely spread across social networks in order to influence what and how people thought about certain subjects and, ultimately, sway the way in which they voted.

These campaigns, and others like them, were carried out on a huge scale by dedicated ‘web brigades’. By taking what was traditionally a military capability and bringing it into the civil domain, Russia effectively created a form of information operation far beyond any previously used models of psychological influence.

A focus for the future

It is highly unlikely that the 2016 U.S. presidential election will be the last instance we see of a foreign power attempting to hack an election and influence the democratic process of another country. We can safely predict too that nation states will increasingly make use of information operations in their ongoing attempts to affect the way in which a population thinks. Indeed, we haven’t even touched on the possibility of external interference on either side of the Brexit campaign.

What we can be certain of is that causing people to lose their faith in democracy can be a very dangerous thing; it opens up space for extreme forms of populism at each end of the political spectrum, something we are already seeing evidence of across Europe and the U.S.

However, while social networks are increasingly being used as a means of spreading misinformation, sowing confusion and eroding our faith in the system of government, we have yet to see sign of any solution to these problems. Instead of focusing on the technical aspects of the information operations employed by nation states, and WHAT they are attempting to influence, perhaps we would be better off considering HOW they are influencing people, and what this means for the democratic process and for society itself.