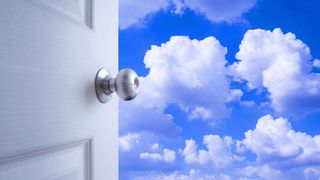 ITProPortal sat down with data integration veteran James Markarian, CTO at SnapLogic, to talk leaving Informatica, moving away from legacy infrastructure and the future of cloud.Â

Why did you leave a billion dollar business after 15 years to become the CTO of a start-up competitor?

Because a whole lot changed during those 15 years. When Informatica was first created back in â€˜92, the landscape was completely different. There wasnâ€™t even a world wide web! Back then, Informatica was the best technology for data integration available. As the years rolled on, and things like the cloud, the web, NoSQL databases, and so on became more viable and relevant, Informatica started to fall behind.

It became clear for me, personally, that Informatica wasnâ€™t going to be able to keep pace with the technological change going on around it. What I needed was a clean slate. Itâ€™s a reality that businesses and people have jobs to do, and they need the right technology for current problems. For data integration, that technology, that clean slate, happened to be SnapLogic.

With all the advances in technology and the move to cloud why do you think so many companies are still operating on legacy infrastructure?

Because it does, to an extent, still sort of work and itâ€™s familiar for them. If youâ€™re a modern CIO who inherited a legacy infrastructure from a predecessor thereâ€™ll likely still be a cultural mind set of “this is the way weâ€™ve always done it and weâ€™ve paid for it so letâ€™s just use it”. IT and business people always think about sunk costs, and they donâ€™t want to give up on sunk costs. However, they need to start thinking about sunk opportunities.Â

What opportunities are companies missing out on by doing this?

A whole host, to be honest. Just in terms of solving todayâ€™s business problems, clinging to legacy infrastructure will hold companies back from resolving the important issues they need to address. The direct path between a problem and a solution is to use appropriate technologies that are in sync with the problems being solved, in the times and the budget that are available today.Â

If enterprises continue throwing good money after bad on their application portfolios and sticking with on-premises solutions, built for a bygone era, theyâ€™re denying themselves the opportunities that come through modern solutions like Salesforce, Workday and ServiceNow.Â

Thankfully, many enterprises are already waking up to this, and realising that the advantages and opportunities provided by modern cloud technologies far outweigh the sunk costs associated with legacy infrastructure.Â

Is this having an impact on the ability to deliver on big data and IoT projects?

Oh, absolutely. Iâ€™d say more so when discussing big data than IoT, as the latter market is still nascent with standards gradually evolving. But yes, the limitations of legacy systems are only serving to compound the issues customers have faced with on-premises Hadoop and IoT projects. Firstly, thereâ€™s the manpower issue – there just arenâ€™t enough of the properly skilled people at hand to get the job done. Unless youâ€™re a large organisation with teams of engineers and data scientists, youâ€™re unlikely to be able to deploy on-premises big data or IoT projects.Â

Thirdly, itâ€™s not cost effective. Consumption models are shifting – companies want to consume data, storage and compute on demand and not overbuy. They want access to infrastructure when and how they want it.Â

In short, unless an organisation is an absolute behemoth with unlimited resources, delivering on big data and IoT projects is best done through the cloud.Â

Is the cloud having the impact on big data that was expected?Â

Yes, itâ€™s making these big data projects achievable for smaller organisations by shifting the infrastructure and management burden to the cloud providers themselves. The organisation then just consumes services that they can scale up or down as needed.Â

Secondly, by separating compute and storage in the cloud, unlike on-premises solutions, users can provision accordingly and benefit from commodity economics. Â

I think big data maturation has been slow up to this point, but combined with the cloud weâ€™re now starting to see an acceleration. Â

Has there been a further effect of BYOD on businesses in terms of the need for self-service IT?

BYOD is just a normal part of working life now. People expect it. Having a device in your pocket thatâ€™s a camera, phone, music player and PC all in one has instilled the expectation of multiple utility in the public consciousness.Â

For millennials in the workplace in particular, the expectation is that things should be easy and be self-service. They expect to be able to use the applications they feel they need to do their job properly and not have to raise a ticket with the IT department whenever they want to action something.Â

This is the area where cloud solutions, like SnapLogic, offer more than legacy technologies. Itâ€™s difficult for IT to keep pace with the change and growth of applications in the workplace, and eventually IT holds the business back. So why not use solutions that take the onus away from them and give it to the end user?Â

I think this is the conclusion many smart IT organisations have come to. ITâ€™s role in the modern enterprise isnâ€™t an overbearing “you canâ€™t use that application, you have to use this application” one anymore, itâ€™s now to empower their business partners to become more successful and use the applications they choose to while adhering to some basic security and governance structures.Â

How will cloud computing evolve in the next five years?

Iâ€™d say the next big thing for cloud computing is the move to self-service, and of course AI and machine learning. For instance, in the data integration space weâ€™re already seeing new tools and platforms emerge which are making it faster and easier to create data pipelines without coding, as well as self-service analytics which are allowing businesses and analysts to manipulate data without the IT department even getting involved.Â

I think weâ€™ll also see greater AI and machine learning components in cloud computing. Weâ€™ve actually just launched our first foray into AI with Iris, an industry-first technology that applies machine learning to enterprise integration. Itâ€™s a first step for us, and weâ€™re planning on building more features into Iris over the next few years, but thereâ€™s no question that AI and machine learning are industry-wide trends that weâ€™ll see a lot more of over the coming years. Â