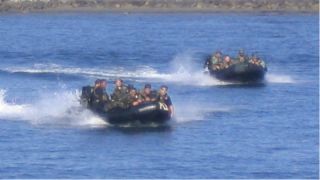 Trying to manage IT today, I’m reminded of the famous USA Navy SEAL saying “the only easy day was yesterday”. Simply put, it means tomorrow will be harder. Heads of IT departments might nod sagely at this. They have to deal with a range of conflicting challenges delivering day-to-day IT operations while keeping costs down as well as catering for not only on-premise equipment but apps, mobile, cloud, security and so on. Far from tech getting easier, it’s getting more and more complicated.

Take multimedia as an example of this complexity. Everyone’s expectation is that it just works in a thin client environment. Five years ago, it used to be a daily question we’d get asked on projects. Why do you need it and how do you get it to work? Now multimedia is mainstream with people pushing for higher end graphics, Skype for Business or Go to Meeting and how to get video conferencing working.

This shift to pervasive multi media has put increased demands on the thin client desktop hardware. Using low-end processors has practically disappeared. End-point devices have to be powerful enough, for example, to assemble and dissemble video streams from a webcam. You need dual preferably quad core CPUs and devices which are convection cooled rather than fan to deliver long term reliability.

Software is fundamental to getting this whole multimedia puzzle to work. As the name suggests, thin clients use a small amount of bandwidth to connect to a server. In the old days, all that would go down the pipe were basic screen changes and keyboard strokes and mouse clicks. This took nothing. With multimedia, it’s completely the reverse and the whole issue of protocol usage and redirection is crucial given the boost in traffic. The local device now has to run a browser, a media player like Adobe Flash, do quite a bit of processing working alongside the server with the whole session then carefully managed.

Unsurprisingly, there are many ways to crack a nut and the different virtualisation software vendors have been using different protocols to do this. There’s been lots of movement in this space recently which naturally impacts customers when it comes to thin client hardware selection.

The Fourth Protocol and beyond?

VMware historically licenced two protocols: Teradici’s fairly fat PC over IP protocol - ideal for users on the same campus LAN who required high end graphics – and Microsoft RDP – a lighter weight protocol aimed at remote workers limited by data speeds or those who don’t need the same multimedia capability. Early this year, VMware launched its Blast Extreme Protocol which delivers various video formats via the H264 codec and adds real mobile and desktop cloud capability. In addition, Microsoft announced in May 2016 that it is now partnering with Citrix to standardise on Citrix XenExpress not RDP to connect Windows desktops to its Azure cloud back-end infrastructure. This is a major step change in the ability for SMEs to quickly and simply access apps from the cloud and deliver cloud-hosted desktops at reduced complexity and cost. It is announcement which drives “easy cloud” forward but which has gone relatively unnoticed.

In addition, many are moving to Amazon Web Services for cloud computing solutions. Oracle is entering the same market too. The war today is which protocol will become dominant as people work to get all their cloud desktop infrastructure working. And new entrants into the market may indeed introduce their own protocol stacks and ways of doing things rather than using what is already on offer. Remember the battle between VHS and Betamax with video? It’s a similar thing with cloud computing.

Navigating all this could at first sight appear tricky. You might think traditional hardware thin clients are usually tuned to one protocol such as Dell Wyse do with its Xenith platform. You’d be mistaken. You don’t need to buy a device dedicated to talking one language only. You don’t need to be locked in. Clearly it would be advisable to have an end point device capable of chopping and changing with whatever happens which reduces the risk to your operations. This is how the Igel OS is architected.

An Englishman’s castle is his home

Customers want this. Take Community Gateway Association (CGA) in Preston. Founded in 2005, CGA is a not-for-profit housing association managing over 6,000 properties in the North West of England. It took over Preston City Council’s housing stock adopting an innovative model of community engagement in the subsequent running of the association. This means almost half of CGA’s board is made up of tenants along with council staff and independent members.

CGA recently installed 200 Igel UD3 terminals at its new HQ in Preston. They selected Igel terminals because of their reliability, positive customer references and management simplicity. Our UMS is included for free and is easy to use compared to competitors who have cumbersome and costly alternatives. This was key criteria as CGA has a small internal IT team of three to support the whole organisation.

But crucially, CGA wanted its desktop terminal hardware to be agnostic irrespective of the backend server software used. It means CGA can run either Microsoft – as they do today - or simply swap to Citrix at a later stage if they so wish without the unnecessary expense of then changing desktop devices.

To dig into this more, we support 10 back end service types and offer 7,000 configuration points so you can fine-tune the end-user multimedia experience even right down to the x-y axis of a webcam.

To use an awful cliché, we have future proofed our systems to offer future flexibility and allow investment in our thin client technology to be fully maximised. Our software-defined approach is key and explains why we now employ 75 software engineers out of a total team of 300. This approach makes it easier to update firmware and functionality, introduce support for new protocols – whoever and whenever they are launched - and cater for demands on the desktop which we don’t even know about yet.

Which leads me back to the USA Navy Seals. Using this kind of agnostic thin client approach might mean “An easy day might actually be tomorrow”.

protocol
software
it
management
Get Weekly News and Analysis