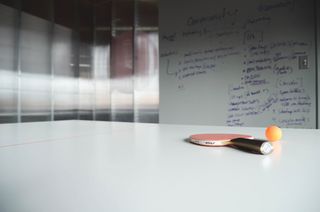 In the UK, where 1.64 million people already work in the digital tech sector, demand for skilled people is outstripping supply, while recruiters report 44,500 unfilled digital positions in Ireland. Companies are feeling the force of a global talent shortage that threatens to stall their rapid growth. Every year for the past nine years, Silicon Valley Bank’s Startup Outlook report has found that access to talent is the biggest policy issue affecting entrepreneurs. This year, 82% of UK startups said it was their biggest challenge, up from 76% in 2017.

James Milligan, UK & Ireland Director for Digital Technology at recruitment firm Hays, says: “Anywhere you go in the world, whether it’s the UK, Ireland, Germany or the US there’s more demand than there is supply, particularly in areas of digital technology linked to digital transformation. Older companies need to move themselves into the digital world and all startups are native digital organisations, so they are all looking for the same skills.”

There is particular pressure in areas like front-end web development, analytics, data science and cybersecurity. And there is high demand for people with the ability to handle the advanced algorithms necessary for machine learning, predictive analytics and artificial intelligence. This has led to rising salaries with some companies reporting that candidates are asking for more than they can afford to pay.

But while it’s essential for companies to set aside sufficient funds to recruit the best tech talent they can, high salaries and offices loaded with ping pong tables and free food aren’t the only way to attract them. Most tech professionals want to work with companies that have a strong brand in the digital sector and offer the chance to work with the best people and cutting-edge technologies in a supportive and flexible environment.

FiveAI, a company developing software for self-driving vehicles, has grown from 22 to 75 people since last summer. It has opened facilities in Bristol, Cambridge, Edinburgh, London, Oxford and Millbrook and plans to double its workforce again this year. The team’s focus is on building a system that allows machines to mimic, and improve on, human drivers using machine learning, computer vision, robotics, simulation techniques and integrating their software onto the vehicle.

Michelle Coventry, VP of People at FiveAI, says they have opened offices in locations where there is an existing concentration of highly relevant, quality people from engineering and science backgrounds. This approach has also proved useful in attracting expertise from across the world. FiveAI is also able to attract and retain these people, in part, because its founders have a track record in bringing pioneering deep tech systems to market, and because it benefits from highly credible academic supervision from professors at institutions including Oxford and Edinburgh universities and the Alan Turing Institute.

Another company confident in its ability to recruit is payment platform Stripe, which recently announced that it will be opening its first engineering hub outside of the US, in Dublin. UK and Ireland Country Manager Iain McDougall explains: “I think the two things that draw top tech talent to Stripe go hand-in-hand. It’s absolutely our brand and, as part of that, the opportunity to work with the best people in a company that is smaller than the big techs but is rapidly growing and is very highly regarded.

“They know they will be using the best quality tools and building the latest in cutting edge products and services.”

But even if you have a great workplace, it isn’t always enough to publish a job ad and wait for the CVs to role in, explains Milligan. Tech candidates expect to be found and that means working out where they spend their time, whether it’s LinkedIn, Stack Overflow or physical meet-ups. And even then you have to tread carefully because they are bombarded with job offers.

Milligan explains: “It’s a courtship, for want of a different word. You need to identify who you want, where they are, what your message is and then you need to start building some awareness around that with the audience that you want to come and work for you. Ensuring you have a strong employer brand has never been more essential. You want to be able to build trust directly with your audience, so they want to come work for you, and they will be receptive if you discuss an opportunity with them.”

This courtship can easily take six to 12 months from beginning a search to a talented new coder’s first day at the new office, so forward thinking and strong recruitment processes are essential.

Dublin-based Boxever needs to expand its 70-strong workforce because of the success of its Customer Intelligence Cloud, which helps financial services organisations and some of the world’s biggest airlines improve customer experiences.

“Our success is absolutely predicated on the fact that we can hire and retain the best people,” explains CEO Dave O’Flanagan. “That’s something we’ve been focused on from the outset but in the context of the current market in Dublin and globally it is becoming increasingly competitive. That presents challenges for a relatively small company.”

To tackle the skills shortage, the company has predicted its talent needs for the next 18 months and has developed a two-pronged strategy. Firstly, it has recruited its first employee in Madrid, where it will be opening a new office. Secondly, the company is recruiting graduates from science, technology, engineering and maths backgrounds and training them from scratch, effectively growing its own tech talent. It has a solid proposition for candidates – the opportunity to work on cutting-edge technologies and to make a big impact in the business.

Another way to attract good people is to appeal to their values. Bermondsey-based online grocery business Farmdrop has a mission to fix the food chain by sourcing from local producers. It believes it can double the amount that farmers and producers make from their products and halve cost of moving food around, while also getting it from farm to dinner table much faster than other companies.

Although it’s a young company that is not yet able to pay high salaries to its 30-strong digital team, it has had no trouble recruiting tech professionals that support its mission, says Chief Technology Officer Sven Poppelmann.

It’s possible to find people with excellent skills overseas, from Eastern Europe to India and Pakistan, but firms need to be aware of cultural differences. In some regions, for example, coders don’t expect to deal with clients, which could be a problem in the UK and Ireland.

But it’s a competitive market for talent and firms can’t afford to leave any stone unturned in the hunt for the best people. Making people a top priority, consciously building a great culture and investing in talent is vital.