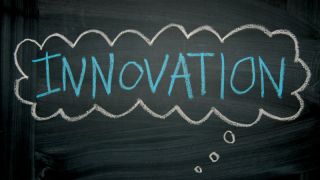 A meme was doing the rounds earlier this year, announcing that Excel 2017, calculators, and even bananas, would have a new feature – Stories.

The joke reveals a truth, though: it highlights the point where mainstream users (and not just digital designers) have spotted the ridiculousness of copycat features in everyday social media platforms.

Stories, a feature which allows the user to stitch a series of images together to provide a visually rich status, first appeared in Snapchat as ‘My Story’ back in October 2013. It wasn’t Snapchat’s principle function, but rather an add-on which appeared a couple of years after the app debuted. The app’s original draw was photo and video imagery that could be sent between users, was viewed and then disappeared forever (notwithstanding the screenshot function). However, My Story was the feature which really attracted the attention of the bigger fish in the social media pond and it has since appeared in similar forms in Instagram, Facebook and, most recently WhatsApp.

With social media platforms, longevity of engagement is key. The days of a text-only status are long gone. We now craft what we share by posing, filtering, looping, colouring and doodling. In return, our friends like, swipe, reply, share, repost. This all comes naturally to users, with these interactions providing them with enough of an endorphin hit to make them want to repeat the exercise again and again. But, from an experience design perspective, it’s crucial to give users what they want whilst also satisfying business requirements. The aim should always be to get users from A to B whilst also providing moments of delight that encourage them to keep using your product.

We have all happily become content creators on channels which are designed to be funded by ads.

So why the joke with the story feature?

Look at your Facebook feed. How many of your hundreds of ‘friends’ actually use stories? And with Instagram: is the platform force feeding you the feature? Not only is it at the top of the home page, but the platform places it periodically in the feed. Did we ask for this feature? Was there a user need? It’s doubtful, but Instagram now claims to have more active users of the feature than Snapchat, and has just announced desktop functionality, a move doubtless aiming to increase its reach even further.

And now WhatsApp has joined the party. It originally replaced its text statuses but was met with an outcry from users and reinstated them. How did the developers get it so wrong when there are hundreds of websites devoted to the ‘Coolest WhatsApp statuses of all time’?

The common denominator is Facebook (which has hit 2 billion monthly users), owner of Instagram and WhatsApp (700 million monthly users, and 1.3 billion monthly users respectively). As it strives for world domination, where users share every moment of their lives (primarily for advertisers’ benefit), Facebook may be looking to create new standards and common elements that cross boundaries and shape behaviours.

The problem is that it is moving too fast and, in a world that has grown tired of dominance of big brands on our high streets (evidenced by the popularity of ASOS, which has levelled the playing field for smaller brands), consumers may well also become cynical about the homogenisation of digital experiences. We want experiences to differ between apps, so that we have a clear reason to visit each one. Our favourite social apps are losing their identities that were once founded on defined core experiences, and bleeding into one another.

Stories is just one illustration of this effect. Open the latest iteration of the YouTube smartphone app and the familiarities to Twitter are striking. YouTube is all about video, but it now boasts a dedicated breaking news section in users’ feeds (and 1.5 billion monthly active users).

Twitter (falling behind other platforms with 328 million monthly active users) isn’t innocent of this cross-platform pilfering. In recent years, it trumpeted in very Snapchat-esque ’stickers’, allowing users the ability to overlay icons onto their photos. This move came amidst a time when the number one request feature was the ability to edit a tweet.

Live video, too, was initially championed by Meerkat in February 2015 and (more successfully) Periscope (the following month), but the function appeared on Facebook only a few months later in August. Standardisation will happen through copycat design, and isn’t bad per se. But take the omnipresent ‘hamburger’ menu icon: many in the design and user experience communities will argue that the hamburger icon isn’t the best solution for a mobile menu. Over time, through laziness or repetition, the things that we’re force fed tend to stick - but they aren’t necessarily the things that engage and delight.

Snapchat has often been cited as a threat to the big boys, and very quickly it established itself as an engaging platform for a swathe of users who either no longer saw Facebook as the place to be, or – as is the case with many younger users - never did. By ripping off Snapchat’s features, Facebook and the rest hope to starve it of any further growth and deter any ad revenue from going in its direction. Time may well be running out for Snapchat if it isn’t clever with its next move, which would leave us with the prospect of a small set of platforms playing a homogenised game of leapfrog.

Unless a new player can burst onto the scene, capture a fresh audience with an experience that cannot be copied overnight, and grow to a substantial size that commands advertisers to sit up and take notice, they will be gobbled up or trampled in the blink of an eye. It is doubtful that experience will be social media as we know it. To prevent plateauing user numbers and engagement, and to escape the tight clutches of Facebook, the smartest platforms will find a way out of the slipstream to offer something that truly differentiates them. Right now, somewhere in Stanford or Shoreditch, it may just be a kernel of an idea that will define a whole new world of experience.