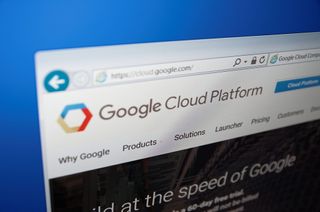 Since its introduction, G Suite’s cloud-based approach and simplicity has won over millions of businesses. Google says that more than five million organisations are paying G Suite customers, up from two million just a couple of years ago. Its success has been a wake up call for Microsoft and the catalyst for significant changes in Office, which has long been the dominant productivity suite for enterprises.

So what’s holding you back from embracing G Suite at work? Transitioning to G Suite Apps can be a frightening process. That’s because it's not just about changing software. In fact, the technology aspect might be the easiest part of the whole migration process. What makes many companies afraid to switch, is the potential impact it will have on their people and the amount of time and effort needed to get everyone comfortable and productive.

Here are 4 keys to making your transition to G Suite less scary and help everyone else in your organisation with getting over their fears as well.

1. Don’t be afraid of ghosts

Leaving legacy systems behind can be difficult.  Many companies find themselves haunted by the past and afraid to move onto anything new. Applications like Word, Excel, PowerPoint, and Outlook are the foundation of many businesses' everyday workflows.  There are well-worn paths that employees have collectively in terms of workflow and processes, plus the broad array of personal experiences, biased and willingness to change.

Enterprises are used to Microsoft and have difficulty shifting away because they have invested a lot of time and resources into customisations and how they're using the tools.  That entrenched use of specific features can get in the way of adoption. But often the very change that people fear provides new opportunities to change old ways of doing things.

2. Keep your head during implementations

Trying to make a change as significant as switching to G Suite without effective leadership are doomed for failure. The head of your organisation needs to be highly involved and willing to help the arms and legs of your company move forward.

Forward-thinking leaders see the process of switching to G Suite as a strategic opportunity for transformation rather than just a tactical tool upgrade or cost saving move. This mindset sets them apart and provides a catalyst for moving their organisations forward. It’s a chance for everyone to reconsider how they work and move away from old ways of doing things that are simply in place due to inertia.

However, there’s often an interesting dynamic in the C Suite when it comes to G Suite. While most executives are able to rationally evaluate the pros and cons of migrating from one platform to another, they can also be resistant to change. Senior management tends to be older and more likely to have a long history using Microsoft. In addition, their admins often manage multiple email accounts which can magnify some of the frustrations of having to rely exclusively on a browser-based interface. Companies need to make sure that executives and their staff are fully committed to the change and will be seen as examples, not holdouts, when viewed by the rest of the organisation.

3. Don’t be spooked by change

Resistance to change can be both rational and irrational. Those who rely on more advanced features or use customised macros to get their jobs done have valid concerns about changing tools. You should proactively work with them in advance to identify the impact change may have on them and identify ways to effectively address it. Most of the users in a company - 70-80 per cent - won't have those issues because they're not working with complex documents that use the very specialised features of Word, Excel, or PowerPoint.

However, other users may resist due to personal preferences or fear of change. While not rational, their issues are just as real and can be very difficult to overcome. Acknowledge their concerns and make sure that they feel heard and that their needs are being considered. Employees accustomed to the old way of doing things must see the benefits not only to the company, but also how it will impact their specific roles and workflows.

Employees need to feel like they have the right tools to do their jobs and that the new applications will make them more productive with their daily tasks. Be willing to meet people where they are and provide options that allow them to work the way they prefer to work.

4. Going to pieces is a good thing

Migrating to G Suite takes time and care. Unless you have a very low number of users, it’s unwise to migrate every account at once. In fact, even for smaller companies, an all at once transition is probably not the best approach.

Organisations should perform a staged migration to G Suite to minimise the impact on the business. G Suite can effectively coexist with Office applications during the migration period. Organisations can start by migrating specific services to G Suite such as email and then work their way through the rest of G Suite applications.

This allows you to get some early wins to establish momentum. Migration should happen in waves. If possible, break up your migration into at least three stages. We suggest starting with only a handful of employees that represent less than 10 per cent of your users. start with a pilot subgroup of users who will have the easiest time adapting.