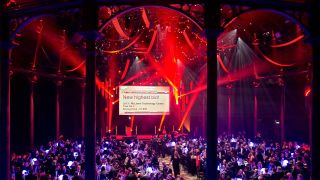 According to an article Charity Digital News published in 2016, the average charity supporter is getting younger, more tech-savvy, and expects the same level of customer experience from their interactions with not-for-profits then they’d get from commercial brands.

There is an expectation for in-demand content that is easily accessible and quickly digestible for immediate action. In the fundraising space, that translates to the ability to quickly and easily donate, coupled with transparency on where the funds are going.

But you first need the right people. “The biggest opportunity for fundraisers in 2017 is the cultural shift to integrate digital teams across all fundraising disciplines. There has already been some really exciting digital developments that are increasing a fundraiser’s reach, level of engagement and influence and this has the potential to increase income across all fundraising departments. Embedding digital staff into teams, or having digital champions, will enable charities to capitalise on the explosive potential digital offers,” Elsa Quinn, Partnerships Manager, Institute of Fundraising (IOF).

Givergy, the leader in fundraising technology in the UK, knows it all too well. When it comes to fundraising there are some tried and proven methods, everything from bucket shakers to personal donation pages. But, it’s also no secret that fatigue is all too common.

Givergy employee Sophie Clarke decided to shake things up this year while fundraising for her marathon. “I knew I had a big target to hit, but felt like I couldn’t burden my friends again with another push to get me over the finish line. Luckily, I had my hands on two spare tickets to Ed Sheeran’s sold out London gig and decided to get creative.”

Sophie donated the much-in-demand VIP concert tickets to Save the Rhino, the charity who she is running the marathon on behalf of. Since they already had a dedicated charity page on Givergy.com, Save the Rhino made the tickets available to the general public as a prize draw. For only £5 to enter the draw, one lucky winner will see the famed artist all whilst raising money for a good cause and helping Sophie reach her fundraising target. It’s a win-win and the campaign raised a staggering £4,000!

Similarly, technology has transformed the classic formula of fundraising events. Silent auctions once relied on pen and paper, guests getting up multiple times to check their bid and organisers stressed with the unknown of how they sit against their target. However, they now have now been turned on their head thanks to fundraising experts such as Givergy.

Revolutionizing auctions at fundraising events through technology has helped charities to better engage with their audiences whilst raising more for their cause.

“It’s fun, interactive and creates a competitive environment. Guests can bid either from a tablet or on their smart phone, and all activity is transmitted to a leaderboard. This leaderboard announces the new bid to the audience, reminding them that the silent auction is still up and running and items are being bid on. Therefore, guests are more engaged and involved in friendly competition which will ultimately help raise more for the cause. Be prepared for some serious bidding wars!” commented Givergy Head of Sales, John Roberts.

One standout example is the annual Putney Parish fundraising ball. Each year the event would have a live auctioneer and a separate silent auction consisting of ‘old-school’ hand written bids as there was concern they couldn’t justify the cost of incorporating fundraising technology. Despite, in 2014, the first year using Givergy, Putney Parish raised £5,785 on the tablet-based silent auction alone, which was more than double what they had raised on the silent auction the year prior.

In 2015, the Parish decided to reduce the number of lots in the live auction and put more in the interactive silent auction, which resulted in £10,163 raised. This gave the Chair confidence in 2016 to remove the live auction altogether and a record-breaking £25,276 was raised with the use of 67 auction lots and 7 charity pledges via the Givergy tablets alone. The amount they raised in 3 years had increased by 337%!

“I’m totally convinced we made the right decision both in terms of amounts raised for our charities and guest enjoyment. I would recommend Givergy wholeheartedly,” Said Linda Hayllar, Chair of the Putney Parish Ball 2016 Committee.

Givergy started their journey in 2009 with a ground-breaking interactive auction at a Cancer Research UK fundraiser. Today they operate at more than 1,500 events annually worldwide with offices in London, New York, San Francisco, Toronto, Calgary, Vancouver, Hong Kong and Sydney and have expanded their fundraising products into both the consumer and corporate markets in addition to fundraising events.

Givergy recognised that not all charities have the opportunity to fundraise at events, and therefore wanted to provide a platform where any size charity could fundraise 365 days a year to an audience outside of their typical donor database. In October 2015, they launched the consumer-focused auction site Givergy.com. This effective global online offering helps charities reach a wider audience, maximise global awareness and raise more for their fantastic causes.

Their corporate fundraising platform GivGo , is changing the shape of corporate fundraising. It’s a simple way for companies to collaborate with their own employees in order to raise money for charity and further their CSR initiatives. Simply put, GivGo gives employees the chance to take part in auctions and prize draws or to just donate directly to the charity via a bespoke fundraising website limited to their employee base, reducing corporate wastage and unused hospitality and merchandise.

In January 2017, GiveSmart UK merged its UK and Europe event delivery business with Givergy in order to become the leader in UK and European fundraising technology and services.

Under the Givergy brand name, both companies work together and use the very best fundraising technology, along with exceptional service levels, to raise even more funds for charities and in the last 12 months, Givergy have raised £45 million for causes across the globe.