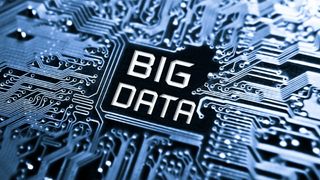 In the world of big budget science fiction movies, an integrated society where everything is connected, talking to each other, responding, learning and forming decisions is something that you are familiar with. However, many of these fantasy creations are not far from turning into a reality. In fact, it is much closer than we believe.

The internet has revolutionised a lot of aspects in our lives; it has not only made several things accessible, but also changed the way we do many things. IoT or the Internet of Things is beyond just connectivity. It is a connection that is mobile, virtual and instantaneous and which is going to make things in our lives ‘smart’. IoT, coined by Kevin Ashton, revolves around increased machine-to-machine communication built on cloud computing and network of sensors that gather data. According to Forbes research, out of all the other technology trends that are taking place right now, IoT is believed to be the biggest and the most disruptive one. It is also believed that the IoT will give the highest number of business opportunities in the coming years.

What is IoT and why it is so important

The fundamental goal of enhancing technology is to make living more convenient, safer and efficient. IoT refers to scenarios where network connectivity and computing capability extends to devices that we use in our daily lives allowing them to generate, exchange and consume data with minimal human intervention. The captivating part for consumers and enterprises is that anything that can connect will be connected. Though combining and controlling of devices has existed for decades, few trends like ubiquitous connectivity, adoption of IP based networking, computing economics, miniaturisation, advances in data analytics and rise in cloud computing has brought IoT much closer to reality.

Value can be extracted from big data only when it is processed and analysed in a timely manner in which the results are made available in such a way as to be able to influence business decisions. IoT is driving new interest in big data, by generating enormous amount of new types of data that is stored, processed and accessed. The value IoT creates is at the intersection of data gathering and leveraging on the data collected. Cloud based applications are the key to using leveraged data as these applications interpret and transmit data coming in from various sources.

With big data analytics taking form as a crucial tool in the galaxy of networking and computing, enterprises around the world have understood its significance. The reason for this is that big data is a useless chunk of digital signals if you are unable to process it and deliver sharper insights to users. This is where data analytics comes into the picture; the nuts and bolts of the operation are already in place with business opportunities worth trillions of dollars being forecasted.

How many IoT devices and how much data is can be generated? ‘Massive’ is the only way to put it. By the year 2020, EMC and IDC forecast that IoT devices will reach 32 billion while Gartner is going with the more conservative estimate of 26 billion. The associated surge in big data stands at 44 zettabytes - that’s 44 trillion gigabytes for the uninitiated. IoT and big data have the potential to shape and change the way we do business and the way we live our lives in the future.

Predictions and challenges of IoT and big data

Over the next five years, enterprises are set to focus on the adoption of IoT enabled devices, its technology and infrastructure. In line with this, organisations have already channelized their investments and have put in place advanced computing departments to make their businesses ‘smart’. These departments have started developing systems and designing processes that has allowed new opportunities for talent to develop and jobs to be created. Consumer convenience is the primary focus for most consumer businesses. Right from smart home locks to smart electronic appliances are finding place in the market with its ease of usage and utilisation.

Despite organisations pushing hard for the increased adoption of IoT devices, cybersecurity is the top impediment to IoT deployments. There are wide spread concerns on the security of products and their ability to offer protection to the data they are collecting. For example, in the healthcare industry, wearable tech is used to track patient health remotely but a breach in this data transfer can attract penalties from the FTC. These risks are common when it comes to these types of innovations, especially on such a colossal scale. Hackers not only use IoT products as an access point to enter the network but also cause physical damage to them. Currently there is an inherent lack of security within IoT devices because vendors continue to release products with little or rather no defence against cyberattacks.

The IoT and big data are two of the most talked about technology topics that are intimately related. Both share a closely knitted future and the two fields will create new opportunities and solutions which will have a long-lasting impact on the enterprise level.

The Internet of Things will become a much more diverse network in the future where its end points will not be constrained only to certain areas, but will span all arenas, and emerge as the most important big data analytics cloud. For organisations looking to make it big in this field, it’s crucial to have a standardisation of the architecture, provide better safety features and hone in on the benefits of big data analytics.