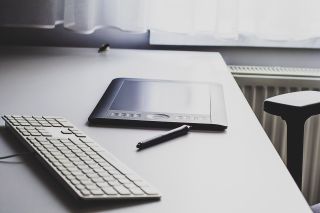 As recently as a year or two ago, it wasn’t uncommon to see articles proclaiming that handwriting no longer mattered, that technology incorporating handwriting was doomed to obsolescence, and that arguably the world would be better off without it. Kids were learning to use keyboards at an earlier age, pundits argued, and since keyboards are both the predominant input mode at most businesses, and keyboards allow for faster input, that settled it. Speed of text input, in this reasoning, was all that mattered.

But a funny thing happened on the way to obsolescence. The real value of writing was rediscovered. In the mobile world, demand has actually grown for multimodal input methods that includes writing.  Handwriting options are desired, and instead of seeing the major industry players drop handwriting support in their new products, they’ve been adding it. Here are some other specifics:

Handwriting is built into the recently announced Chromebooks — which, as Buzzfeed notes, are specifically going after Microsoft’s Surface Pro and Apple’s iPad Pro market space. That’s not a small market. ‘Chromebooks outsold Macs for the first time in 2016, with over half of that market going to the education sector,’ Buzzfeed stated, and “over 20 million students now use Chromebooks in classrooms worldwide. Asus also introduced this year new ultra-thin laptops called ZenBooks, which tout ‘support for multi-finger gestures and handwriting input.’ And major vendors including Apple and Microsoft have in recent months gone out of their way to include and promote the pen and digital writing in their own technologies.

Microsoft in particular has made a concerted effort to advance the use of digital ink in classrooms and has been increasing the digital ink capability in every Windows update.

Detachable tablet sales or 2-1 systems, were the only segment of tablets that grew dramatically last year, when other tablets plateaued or even decreased in sales. The reason? Customers want two things in the devices they travel with: The first is mobility, and the second is multi-modal input (i.e., options for handwritten input, as well as voice and keyboard-driven input).

Automotive manufacturers have found writing is the least distractive way for the driver to input information in a vehicle. In fact, regulators most often allow use of digital writing input while the car is in motion.  Today, handwriting capabilities are already included in luxury cars such as Audi, Mercedes and others. But, according to Frost & Sullivan, handwriting technology in cars will grow at a rate of more than 34 percent through 2020. That means you’ll likely find handwriting capabilities built in not only to luxury cars, but in standard mid-market and even entry level ones, too.

Handwriting is likely to become a key component in controlling infotainment systems but will enable larger amounts of information to be entered as the world migrates to autonomous vehicles. Providing multimodal input, both keyboard and writing supported, where either a SmoothType™ keyboard or writing can be used interchangeably is emerging as an automotive necessity.

Handwriting has become so popular that in recent years apps have been developed to help fake it to recapture a lost personal touch and sense of warmth.

Why do people seem to prefer digital writing as a computer input option? One reason may be that for many people, handwriting simply feels natural. Seventy percent of us still spend more than an hour a day using a pen. What’s been missing, until recent years, was perhaps not so much a replacement for handwriting, but instead, better technologies for a satisfying user experience and the ability to integrate digital writing into the rest of our digital documents. We’re now seeing that both items are addressed today by using an active pen enabled device and using Nebo, which is built utilizing Interactive Ink technology. Interactive Ink transcends traditional digital ink barriers and is as interactive as text entered from a keyboard. Digital writing is now also easily transformed into documents for the digital world.

Another reason may be that handwriting has both cognitive and mental health benefits. Handwriting not only strengthens motor skills in children, it provides critical tools for developing your brain, building your memory, and grasping and expressing complex ideas. It can make you smarter and help you remember your notes better by forcing you to slow down and mentally process the information being discussed which in turn assists memory retention.

Handwriting uses more of your brain than typing. In one Indiana University study, researchers conducted brain scans on preliterate five-year-olds before and after receiving different sorts of letter-learning instruction. In children who had spent time writing by hand, the neural activity was far more enhanced and "adult-like" than in those who had simply looked at and tapped letters on a keyboard.

Another study found that using a digital pen improves students’ reasoning, simply because a pen interface stimulates people to write more nonlinguistic content (diagrams, symbols) than those who work with a keyboard, and that, in turn, expressing more nonlinguistic content directly facilitates nine to 38 percent improvements in thinking and reasoning about math, science and everyday tasks.

"It seems there is something really important about manually manipulating and drawing out two-dimensional things we see all the time," said Karin Harman James, assistant professor of psychology and neuroscience at Indiana University, who led the study.

And about that ‘non-linguistic content.’ One of the tremendous advantages of good digital writing technology is that, unlike the mouse and keyboard option of using a word processor for input, you’re not limited to letters and numbers — you can sketch, create and link shapes, create diagrams, build mind maps, type and solve mathematical equations, and even jot down musical annotation. Truly enriching. Creative thinking is greatly enhanced.

Digital writing should not be an island unto itself. It needs a path to be mainstreamed into the digital document world. Formatting capabilities and rich text editing options make today’s best digital writing experience as full-featured, straightforward to use, easy to edit, and simple to digitize as writing with a word processor and the keyboard. But the ability to accept and automate mathematical equations, diagrams, geometric shapes, and musical annotation takes it a step further.

The value is really measured in productivity. It is far faster to sketch an org chart or math equation and simply have it interpreted into digital form than use a mouse with numerous operations or special keyboard sequences to enter math equations. Digital writing is simply natural.

In fact, there’s even more: Handwriting tech’s benefits don’t end with a comprehensive feature list. Digital writing benefits bring compelling productivity – the ease-of-use and time savings now possible. More than one executive we know regularly uses digital writing with interactive ink to take meeting notes and completely eliminates retyping them to save them as sharable digital documents. Presentations can also be conceptualized faster and with more creativity using digital writing since it is a more natural input method.

If you’ve used handwriting tech lately, you may already be aware of all this. But if you’re one of the folks who wrote off handwriting years ago because of bad digital ink interpretation experience to the digital form or because of a poor stylus experience on less-than-state-of-the-art tablets, it’s time to take another look.  There’s even more to come because digital writing extends far beyond just text input. Our daily interface with mobile devices is moving ever closer to voice and digital writing.  Stay tuned.