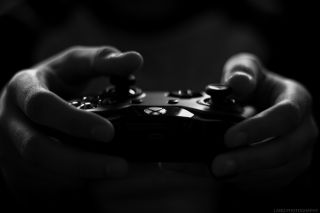 Video games are a big deal. The industry is now one of the biggest sectors of entertainment in the world, raking in more money than both music and film. While video games are nothing new, having already been well tapped by businesses of all sorts, professional video games competitions – or eSports as it’s become known – has been rapidly growing in recent years and is now seeing new opportunities for brands across the world.

In the simplest terms, eSports is competitive video gaming with a live audience, whether they’re in same room or auditorium or watching elsewhere in the world. Live video game tournaments aren’t new, but recent improvements in online connectivity and livestreaming have helped to widen the audience – one match can have thousands of viewers watching across the world. What originally started as LAN parties between friends in their own homes has become a legitimate and official network of pro gaming tournaments and leagues with teams sponsored by major brands.

Estimations put eSports viewers in 2020 at close to 500 million. That’s not a number to sniff at, and this huge viewership presents many new opportunities for brands, directly targeting many, many people around the globe all in one go. eSports communities are continuing to grow, and bring with them whole new opportunities for marketers.

Many viewers of eSports are players themselves, taking a passionate interest in the games that are played while also showing support for the top professional players. This means that many games already have an established fan base, consisting of both players and viewers for brands, to tap into. By understanding the players of each of these different popular games, brands have new opportunities to interact with them directly through eSports events.

There are a number of games that are popular when it comes to eSports, but four of the biggest in terms of player numbers are:

In terms of the amount of games that are played, these numbers really are just the tip of the iceberg. There are tons more titles that thousands of people play competitively to a professional level that have barely been touched by marketers or even eSports promoters themselves – meaning there is the potential for the right brand to come along with the right campaign.

The business of money

The prize money involved in eSports is nothing small. For example at the International DOTA2 competition in 2016, top player Saahil Arora took home a ridiculous $2,777,796, while the winning team walked away with massive $10,806,301 prize. This just shows the huge amounts of money involved, and the massive potential for sponsors and brand engagement as well.

Huge brands from across the world have created lucrative deals in eSports. Samsung sponsors a major Korean team; Coca Cola sponsors League of Legends events; and Red Bull sponsors a number of teams and events across the globe. ESPN even has a section on its website dedicated to eSports.

Unlike some other sports, eSports fans are largely committed to watching events live. This offers opportunities to build creative storytelling in real time, engaging with audiences from across the world all at the same time. For fans that aren’t able to watch live, eSports websites track live scores in real time. There are even fantasy eSports leagues in the same vein of fantasy football. This suggests the devotion of the fans, and the potential that the right brand has to successfully ingratiate with a loyal audience.

With eSports fans largely being such a tech-focused demographic, there are also opportunities to engage with new technology in order to get messages across, from marketing across a variety of platforms including games consoles and mobile to engaging with new tech such as VR.

It’s also crucial that brands take age demographics into consideration when it comes to eSports fans. The audience is largely millennial – a group that marketers have had difficulty correctly targeting, due in part to the rapid development of technology and entertainment during their coming of age. Having the activity’s audience so largely made up of one group means brands can target more directly and specifically than they may be able to with other mediums. TV networks have also started setting up their own eSports tournaments, meaning new opportunities to draw millennials in.

The eSports industry is filled with commercial opportunity. There are a wide range of revenue streams that the right company can tap into with the right strategy, and generally speaking the market is still very undervalued, meaning there is still significant room to grow.

While video games may have crept their way in from the fringes of mainstream, the huge impact they now have represents a massive opportunity for brands – the fact that fans are involved both passively and actively means that brands are able to target them in a new range of ways. By making the most of these opportunities, brands can tap into whole new audiences that may have previously gone unnoticed. In terms of business opportunities, brands should look to sponsoring teams and curated eSports events. As an example, Red Bull has spent many years and huge amounts of money making itself synonymous with more left-field sporting events – take the Red Bull Air Race for example. For the drinks company, eSports is just another lucrative activity they’re able to embed themselves into. If a business is able to put enough time, effort and money into branding itself alongside video games and eSports, they can begin to make themselves synonymous with the sport, opening themselves up to new opportunities with a loyal fan base of viewers and players.