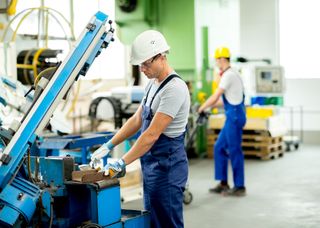 Demand-driven material requirements planning (DDMRP) has been going from strength to strength since its conception in 2011, with adoption from leading companies around the world. Here, Roger Fleury, Managing Director of resource management software specialist Ardent Solutions, explains DDMRP, its fundamental theory and why it’s more than just another industry buzzword.

Every business production planner and operations manager understands why effective resource management is a critical component of success. Despite this, even global brands struggle to manage resources in a way that ensures product demand is met consistently.

A perfect example of this is Procter & Gamble’s US launch of its Tide pods in 2012. The initial launch date was scheduled for the third quarter of 2011, but the brand postponed the launch until the following year as it needed extra time to increase production to meet customer demands. Commentators astutely identified that this weakened the brand’s market position and gave competitors an opportunity to derail the launch.

With similar high-profile forecasting errors being an all-too-regular occurrence, why do planners continue to use traditional MRP approaches? In essence, the reason is because MRP methodology became the status quo for manufacturing businesses following its introduction in the 1960s. While customer needs have changed since then, many production planners and supply chain managers remain rooted in the old methods.

Unfortunately, this means that there is often a great disparity between actual customer demand and that predicted by forecasting, which results in wasted stock or underproduction. Both eventualities harm businesses and highlight the fact that forecasting is dangerous for modern production planners, who must overcome the status quo and adopt a pull-based model to stay ahead.

Taking a demand-driven approach is simple in principle, but requires a fundamental  shift in business culture and mentality to fulfil its potential. While there are five core components of DDMRP, the sixth precursory factor is for operations managers and planners to open their minds to the possibility that the traditional methods are often incompatible with modern markets.

Beyond that, the five components of DDMRP are simple. Split into three stages: position, protect and pull, the components are: strategic decoupling, setting buffer levels, dynamically adjusting those buffers, demand-driven planning and collaborative execution of orders. But what do these mean?

The first and most important step is to strategically set the decoupling points in the supply network. These should be set to dampen variability in supply and demand effectively, which can be determined by considering factors such as the lead times, operation capacity and inventory flexibility at each point of the supply chain.

Effectively, production planners should aim to set decoupling points where they provide the most flexibility and compression of lead times. Planners can then use DDMRP software to manage the chain by decoupled segment rather than one overall lead time.

For example, imagine the manufacturing of a product takes ten weeks and involves three core phases that can be broken down into subassembly, assembly and customisation. Business planners can align decoupling points accordingly between stocking components, finalising assemblies and delivering product.

This can then be managed as a three-week lead time to accumulate raw stock, a further six weeks to create the subassembly and the rudimentary assembly and then a lead time of one week to paint or configure the assembly and deliver a finalised product.

To protect the supply chain, a buffer is set at every decoupling point. These buffers will hold inventory, whether it is raw stock or subassemblies, in preparation for the next phase of the supply chain. Yet it’s important to note that this does not mean that excessive volumes of inventory are placed everywhere at the expense of the business.

The amount of inventory permitted in a buffer is calculated with a formula that accounts for lead times and the average daily usage (ADU) of stock, ensuring that only a carefully calculated and strategic quantity is held.

The system enables business planners to easily identify when action is required and stock needs to be replenished. The optimum range for inventory will be in the primary coverage zone, which is the yellow segment.

The dynamic adjustment comes into play in response to the variability of operating parameters or planned future events. As DDMRP software provides frequent updates on ADUs, the buffer levels automatically adjust in response to this. The levels are intentionally flexed or lessened in anticipation of known future events or seasonal changes, allowing for more agile resource management.

The factor that sets DDMRP apart from traditional MRP is that there is a greater and more effective focus on the customer pull. The demand-driven planning component of DDMRP means that orders are only generated by the most relevant demand signals, which is to say qualified sales rather than predicted queries or leads.

Demand is only allocated in the DDMRP system once an order is placed. This prevents over and under-stocking, keeping production in the optimal inventory management range and avoiding the unexpected distortion of the supply chain caused by demand oscillations, commonly referred to as the bullwhip effect.

This demand is calculated through the daily application of the net flow equation. Simply put, this is the volume of qualified-sales-order-demand subtracted from the cumulative quantity of on-hand and open supply. This provides a net flow position that, if in the yellow buffer zone, triggers a supply order.

Planners and managers execute these orders through DDMRP software such as DDMRP for Dynamics, which is a remodelled version of traditional Dynamics MRP that can be quickly set up on existing systems to facilitate demand. This provides a clear overview of buffer levels and the status of on-hand stock.

The key distinction of this software is that it determines priority based on buffer status rather than due date. For example, if only 20 per cent of on-hand stock is available but the due date is six weeks away, it will be deemed higher priority than an order due in four weeks but with 65 per cent on-hand availability.

This allows for better stock management than is achievable with traditional MRP methods. In the same situation, planners using MRP software would simply identify that one order was due two weeks sooner than another.

This would subsequently make the order with higher stock availability be considered priority because of its impending due date, ultimately meaning resources are wrongfully allocated and leaving businesses to frantically manage lead times.

While still in its infancy, DDMRP is proving an effective means of mobilising businesses for volatile and rapidly changing markets. It’s already benefitted global businesses from British Telecom to Coca Cola, so it’s safe to say that DDMRP is no buzzword — it’s a revolution in resource and stock management.