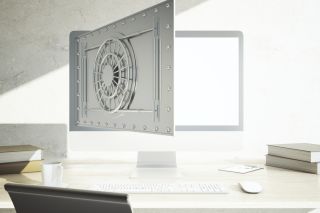 Much has been written about the potential impact of the forthcoming Open Banking regime, how banks will need to prepare, and how the banking landscape might be radically altered once the dust has settled. The consensus among the commentariat points to traditional banks facing perhaps the most serious challenge to their business models and their preeminent status in the industry and in the minds of consumers, but also to the creation of unprecedented opportunities for innovation through business transformation, diversification, realignment of services, development of new products and services, etc.

But does that reflect the view from within the banks themselves? That’s what we wanted to find out when we undertook some research (with independent research firm LM Research) into senior banking executives’ priorities, challenges, and future plans. We asked senior figures at 15 major UK banks and other financial institutions about the issues that keep them up at night, their perspectives on the impact of Open Banking and competition in the retail banking sector, and their attitudes towards investment in innovation. The results point to a conflicted and divided industry.

Confusion and contradiction over regulation, Open Banking, and the shifting competitive landscape is typical of an industry in transition. Those that are preoccupied with their peers are holding on to notions of banking as a protected industry where the barriers to entry (such as regulation and security) are too high to allow new players in. Others are looking further ahead and seeing that banking could be set to face the same fate as so many other industries that have been upended by the rapid rise of digital-only entrants.

A conflicted picture on regulation

The pressures of ensuring they remain compliant with complex and ever-changing financial services industry regulation are the biggest thing keeping senior decision-makers awake at night, with 60 per cent putting this at the top of their list of worries. That’s ahead of competition (53 per cent), fraud and criminal activity (53 per cent), and their organisation’s Net Promoter Score (53 per cent). So far, so predictable. What is surprising, though, is that, despite transparency and competition being at the heart of the CMA’s introduction of the Open Banking regime, only 27 per cent of senior figures actually believe Open Banking will enable their business to become more competitive, and only 13 per cent believe it will allow them to offer their services to customers of other banks.

Preoccupied with the same old faces

Despite the swirling hype around recent entrants into the consumer banking market and the potential for even more organisations to tool up as financial services providers once the Open Banking regime comes into force, the incumbents are more concerned with looking over their shoulder at traditional rivals than they are about the new competitors coming over the horizon. 80 per cent see their traditional banking rivals as their main competition for the future, and only 33 per cent anticipate emerging digital-only players such as Atom Bank and Monzo, or larger businesses such as Amazon or Facebook applying for banking licenses under Open Banking, turning into their primary challengers.

It’s all but impossible to have a conversation about digital services and transformation with anyone in the banking sector without hearing about the problems caused by banks’ continuing reliance on legacy technology systems - so it was surprising to see only one-fifth of senior figures in financial services name outdated or failing technology as a key business challenge keeping them awake at night. Even more unexpected was the discovery that just over two-thirds (67 per cent) actually seeing their organisation as a technical leader. Yet perhaps this has more to do with their ability to use technology to ensure security and regulatory compliance, rather than indicating great confidence in their powers of digital innovation. Indeed, one-third agreed that existing technology was the single biggest thing holding their organisation back from executing on innovation, along with internal systems and processes (27 per cent) and a risk-averse culture (20 per cent).

Roadblocks to returns on innovation investment

Innovation is clearly high on the agenda across the board: 80 per cent of senior banking figures confirmed their organisation is investing more than £25 million in the development and delivery of innovation every year, with more than  a quarter (27 per cent) spending more than £100 million annually. While the majority say they are seeing a return on that investment in terms of PR or planning, only half (53 per cent) said that the innovation team’s work is resulting in new services actually making it into customers’ hands on a regular basis.

Confidence in existing talent - or lack of faith in talent pipelines?

As expected, the majority of senior figures agree that digital transformation is critical to the future of the bank (73 per cent). Indeed, almost half (47 per cent) are working towards a goal of releasing new services at a faster pace in the coming two years. And they seem confident in the ability of their existing staff to support that transformation: only 7 per cent are worried about hiring the right talent to implement digital innovation..

Everyone knows that the drive towards digital transformation is creating a real storm in the banking sector – it’s all anyone can talk about. The reality, though, is that while there is generally buy-in internally, a mandate from the board, and pressure from the regulators to act, most organisations have reached ‘transformation gridlock’. Now is the time to make sure they have the right systems and talent in place to deliver. This will drive revenues and also result in significant cost savings if they are able to take advantage of existing technology rather than rebuilding everything from scratch.

The Open Banking regime is coming, and is intended to be a catalyst for change. But banks will really miss an opportunity if they don’t start embracing the potential it offers to innovate and become more competitive by combining mandatory APIs with other non-mandatory APIs from existing technology players to create new services for the modern digital-first customer.