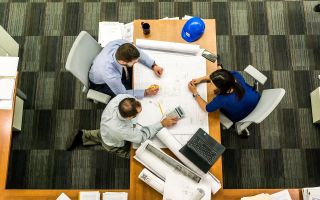 It’s no secret that developing nations enjoy the economic fruits of labour made possible by developed countries’ offshoring. This is perhaps nowhere more evident than in Central and Eastern Europe (CEE), where a highly dynamic value chain has evolved to deliver digital services to both consumers and businesses on a global scale.

Driven by a strong entrepreneurial spirit, CEE countries have succeeded in creating a fertile environment for successful outsourcing-based cooperation. While the region isn’t quite close to achieving the widespread recognition level of a ‘Made in China’ label largely due to Asia’s strong outsourcing economy, the growing volume of outsourcing has resulted in virtually every CEE nation excelling in regard to in-demand skills of software development and IT.

To highlight the rapidly expanding role of CEE businesses, I’ll stick to one that is close to me; TenderHut. As a leading Polish software development service provider, we managed to enter Financial Times’ 1000 Europe's Fastest Growing Companies report for the second time in a row, placing 23rd overall and first in Poland. This is obviously huge in terms of receiving validation for our development strategy, but it also represents a huge step up for us as we advanced by 224 places compared to last year’s list.

The basis of the report is created by comparing the revenue growth rates of businesses from 32 European countries in the 2014 - 2017 period, during which TenderHut registered a 2782 per cent revenue growth, along with €3.7 million in revenue at the end of 2017. That translates to a compound annual growth rate of 206.6 per cent, second largest in the CEE region.

The annual report marks another year where the technology sector dominated the proceedings, accounting for 149 of the businesses, not adding the fintech and e-commerce categories to the mix. In fact, eight tech companies are featured in the top 30, three of which are based in CEE. The minimum average growth rate required to be included in the ranking this year was 37.7 per cent. For comparison sake, the lowest ranked CEE tech company had a 174 per cent revenue growth.

The place for top-tier talent

Among several reasons that make CEE an area of consistent turnover growth, perhaps none is so important as requisite skills. Technical talent is the primary attraction, and the high level of skills required is attributed by many to the remnants of the former Soviet Union. The USSR’s education system placed considerable significance on engineering, with similar systems in the region designed and implemented so that they offer specialisation in certain skills and actively develop the next generation of digital workers.

As a result, the legacy of strong technical aptitude translated into a highly educated and skilled workforce. This is particularly evident in branches like computer engineering and computer science that are fuelling a rapid expansion in the number of businesses providing software development and IT outsourcing services in the region.

The Financial Times report also shows the bulk of fast-growing tech companies residing in Germany and the United Kingdom as two of Europe’s main technology hubs. However, the rising number of CEE-based tech companies on the list suggests this region is viewed as one of the main waypoints on route to increased revenue at a fast pace via outsourcing.

Naturally, pricing has a major role here. As much as it’s important to get the top-tier talent, businesses also want more for less money through a cost-competitive workforce. A programmer in the UK is likely just as good as his Eastern European counterpart, but their daily rates are quite different. The financial attractiveness (the disparity of average salaries) of Central and Eastern Europe, along with the rising number of talented professionals, mitigate the shortage of affordable, yet decidedly skilled workers in the United States and Western Europe. One thing to note here is that in terms of cost reduction, CEE cannot match the low labour costs found in certain countries in the far East.

In addition, the globally connected world of today practically forces global-minded companies to not limit themselves to using talent from just one region, especially in cases where demand for IT experts is higher than the number of available specialists.

More so, the cost of outsourcing makes sense even with risks associated with such projects. The development of CEE businesses has been largely driven by the concept of nearshoring, where companies outsource work to peers that have a closer cultural and geographic fit. That way, all the economic benefits of an offshore location are retained, while benefiting from outstanding quality.

The convenience of geographical location is a massive boon. A couple of hours in time difference (at most) within Europe is almost inconsequential when it comes to daily communication within working hours, and the proximity certainly makes day-to-day operations easier. Travelling is very easy and convenient as well, in case there’s a need for on-site presence or collaboration. With flexible working hours becoming more important in the workplaces, even the east (and west, to some extent) coast of the US can participate in efficient communication and cooperation.

Another significant reason why the CEE tech landscape is booming is cultural overlap, starting with linguistic skills. English proficiency is ranging from moderate to high in most CEE countries. Great(er) familiarity with English is also traditionally higher among tech professionals than the country’s average due to the nature of the work. Due to its constant success in recent years, there has also been a spike in government support for IT outsourcing in some countries,

Cultural similarities are also reflected in instances where it’s difficult to quantify into objective data. For instance, certain leaders feel that cultural closeness and affinity can be an important role in reaching an understanding and desired results. In that regard, CEE is much closer to the West than Asia due to strong historical ties, which in turn stemmed numerous similarities without major deal-breaking differences. A direct style of communication and a more collaborative and systematic approach can be seen as advantages CEE nations have over their Asian peers.

Merely a decade ago, CEE was barely on the radar of foreign tech investors. Thanks to a few key investments and the emergence of the active startup scene, the entire region has seen tremendous economic growth, promoting it as an important figure in the tech world. As with any booming economy, there are concerns that high levels of investment and rapid development might have negative side effects such as higher property and labour rates, making it a less attractive proposition. For now, deep and skilful yet cost-effective talent pools, as well as geographical, cultural, and linguistic fits have transformed Central and Eastern Europe businesses into forerunners of global digital movements, making CEE a business environment many want to be a part of.