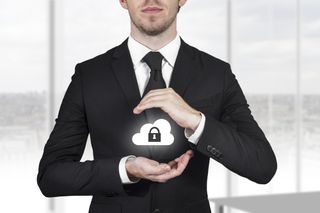 Throughout the world, urban cities are continuing to grow but slowing in their progress. According to TfL, on average, traffic speeds in central London fell from 9.2mph in Q1 of 2010-2011 to 7.4mph in the Q1 of 2017-2018. Across the pond in central Manhattan, since 2010, average travel speeds have fallen by a fifth. This trend looks set only to grow, as the world continues its city-centric globalisation. By 2050, over two-thirds of the global population are predicted to be inhabiting cities.

In tandem, in recent years, social media and other digital platforms have grown exponentially. The result? Privacy and escapism are swiftly becoming the new coveted currency, in order to drown out what can often seem like a cacophony of modernity. Moreover, rather than objects or isolation, bespoke experiences increasingly play a key role in fulfilling such escapism.

Our social and fiscal future

So, what does this mean for future-facing businesses and citizens alike? When conceptualising our future immersive societies, there’s no doubt that technology plays a big part, thanks to the advent of digital transport, advanced autonomous systems, cryptocurrency, and more. However, care must be taken to ensure the choices we make are both frictionless and sustainable.

Technology is already enriching countless lives across the globe, yet it also brings a bombardment of information, which has become standard. As such, moments of tranquillity and autonomy are now highly prized. It’s this emerging opportunity where micro-mobility can really make an impact.

Already, it’s altering the way we approach travelling with a new sense of both adventure and relaxation. In just over a decade, autonomy and artificial intelligence embedded in electric vehicles will be common practice, with intelligence woven into every surface, connectivity fused within a space where relaxation and escapism coalesce.

Let’s face it: there’s always going to be a sense of opulence associated with riding down an open road – but micro-mobility enables this in a way that’s smart, sustainable, and intuitive. Right now, such a seamless and connected journey seems like the height of luxury – which, of course, it is. However, as uptake rises and government legislations and infrastructure adapt, micro-mobility should become accessible for all.

The economy of things: an alternative to ownership

To achieve this, mobility and asset usage needs to change completely. Cars, bikes and other vehicles currently have a very low utilisation rate, as they are sitting idle and using space and resources for over 90 per cent of the time. Instead, the future of mobility needs to be zero-emission while minimising ownership and accidents, with vehicles being smart, connected and electric.

The power of light electric vehicles should be harnessed as a development platform for all software services. Such services can allow anyone to use or develop various blockchain-enabled applications on top of connected vehicles, paving the way to the future of Economy of Things (EoT) -- an evolution of the Internet of Things (IoT).

After all, IoT is not just about smart fridges that tell you when you’ve run out of milk. If executed well, IoT should turn physical assets into active participants throughout global digital markets, operating in real-time -- which is what we call EoT. Such assets are as easily indexed, searched, and traded as any online commodity. In fact, these types of digital marketplaces represent vast economic opportunities -- and, of course, escapism in its purest form.

And while the market may be saturated, there are plenty of opportunities for the right players. Beyond the vehicles themselves, the future of micro-mobility rests equally on solid software ecosystems and future-proofed batteries, to name just a few key components. In addition to this, BMS and central intelligence modules (an operating system running the bike itself) are crucial.

All of these systems are modular and can be sold or licensed as B2B components to other OEM manufacturers, which can help create revenue while also scaling adoption of technology that will then be connected through IoT platforms.

Micro-mobility is a core market for EoT -- but it’s time to think beyond fleets of shared vehicles owned by one company, exemplified by the booming electric scooter market. This is because, as is becoming increasingly apparent, the ultimate escapism must be eco-friendly.

With electric scooter sharing, maintenance, manufacture and disposal of electric scooters renders riding these vehicles not a particularly green choice. The brief lifespans of the scooters that initially appeared across Europe’s streets has been well documented. While more recent models of scooters are predicted to last longer, it’s still the case that many more will end up in landfill.

At this point, the entirety of the automotive and mobility sector -- from electrical bikes and cars to trucks and vessels -- is being electrified. To preserve our planet, it’s of utmost importance that the mobility industry is fully integrated into the ecosystem of humanity alongside the new global energy system. This means prioritising sustainability, resilience, security, and robustness -- all of which can add up to an abundance of escapism.

Micro-mobility is the next frontier to sustainably changing people’s everyday lives for the better by taking a technology-first approach. The right electric vehicle is not, for example, a traditional bike with an electric motor but instead a high-tech product that captures the collective potential of humanity.

What’s more, partaking in the electric micro-mobility future need not entail a singular passion for any specific form of vehicle or transport. It’s about making the most of technology to upgrade everyone’s riding experience -- to provide true escapism whenever those moments of possibilities present themselves.

It is a new vision: to think about the future of micro-mobility is to think about the world oriented on endless opportunity, ideally powered by clean energy through IoT. This is because a vehicle is no longer simply a vehicle; instead, it’s an intelligent and connected machine. Amid the ongoing geopolitical uncertainty across the world, this is escapism in its truest form.