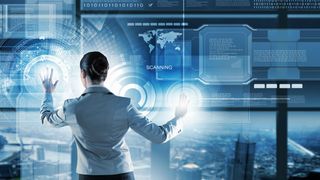 Several studies have shown that by the end of 2030, more than 30% of the current jobs will be unnecessary – due to technological advancements. AI and machine learning will, undoubtedly, change the way job descriptions are designed and will fundamentally modify the manner in which humans carry their work. PricewaterhouseCoopers recently published a study; according to the study, more 35% (approximately 38%, more exactly) of the jobs available on the US market could be endangered by automation and AI’s immersion into our daily lives.

The estimations are similar for the rest of the world, as well. More than 35% of the jobs available on the German market will also be replaced by machines and AI, while in the UK, the ratio is expected to revolve somewhere around 30%. In Japan, on the other hand, the evolution of AI and ML will only displace approximately 20% of the jobs on the market.

The most vulnerable worker category will be the under-educated worker. Almost 50% of the UK workers without a Bachelor’s degree, will be at risk of losing their job. AI and ML-based technologies and robotics will make these worker’s presence in the workforce futile. But those with undergraduate degrees or higher education degrees aren’t sheltered by automation, either. More than 10%, according to the same study, will also face the prospect of losing their job.

Scientists and researchers, although admitting that the fear of machines taking over human jobs dates back from centuries and that AI and ML disruptions will also make everyday jobs delusive. However, the same scientists want to make it clear that some lower-skilled workers might see their jobs mutated, but not at the proportions that they expect. It’s not about displacing workers and jobs, it’s about reconfiguring those, as automation tools and capabilities penetrate deeper into all areas of our daily lives.

For instance, systems such as Advance Systems allow HR departments to easily and effectively carry their duties, but this doesn’t mean that HR experts are threatened by automation. Their jobs are simply reconfigured. At least for now, machines cannot operate entirely autonomous, without human input. Given the fact that HR positions also demand in numerous instances a pronounced ethical judgement and machines and artificial intelligence cannot operate on such principles. It’s safe to say that in this work area, the human factor will still have plenty to say.

Osonde Osoba contributed to the Rand Corporation report regarding the future of jobs in the AI and ML context. He claims that even the most advanced companies will face incredible operational and financial challenges; even if they aspire to a complete automation of their processes. The same report identifies several types of jobs and positions that will be difficult to replace by machines and AI, considering the fine motor skills necessary, but also an increased demand for creative thinking and intense social interactions.

A pertinent example and argument against the prospect of a complete automation of jobs is Google and Facebook’s attempt to use artificial intelligence to block certain types of content. Unfortunately, AI doesn’t understand cultural nuances and differences and what is perceived as “violent content” in a country, might be seen as a normal act in other regions. This is where AI and ML fail, but the flexibility of the human mind will never fail. Understanding social, cultural and ethical norms and concepts, Osonde Osoba says, it’s not something that is easy to teach AI or a machine. So at least, these jobs are secured, for now.

Various think-tanks around the world were also interested in analyzing the same issue. According to the McKinsey Global Institute, certain types of jobs won’t be soon replaced by machines and AI. Healthcare workers seem to have their positions secured because of the high levels of empathy necessary. Other positions that won’t be replaced by automation are engineering positions, scientific workers, accounting positions, tech experts and managers, but also “creatives” and educators. Moreover, artists and entertainers will be just as difficult to replace by AI and automation.

While workers may see their jobs threatened by the rise of automation, the experts that published the study claim that it will only increase productivity, contributing to economic growth. As the coordinates of their jobs will evolve, the worker will have to adapt. Their jobs, instead of focusing on those tasks that can be easily automated, will include in the future more capabilities that involve emotional intelligence, empathy, creative and cognitive skills.

On the worker’s side, this will mean continuous preparation and learning in these spheres. Changing jobs and capabilities should also be expected. But only by adopting such a mindset, humans will be able to keep up with the technology.

Considering AI’s immersion in our lives in the future, some jobs that will increase in number will obviously be AI researchers and developers, but also automation experts. Jobs for humans will be created, but the workforce’s dynamic will be profusely changed. These career paths will not only be in demand but will also be incredibly well-paid.

Worker’s concerned about the severe automation of all industries should remain calm and keep searching for new opportunities to develop their emotional intelligence and other “soft skills”. Upskilling the worker of tomorrow only translates into more secure jobs and positions, but without the time-consuming and repetitive tasks of today. As a matter of fact, the most likely scenario is that humans and robots and machines will work together to accomplish the tasks of the future industries.

While automation trends can be identified across a series of industries, these can only be implemented in strenuous tasks and repetitive duties. And while AI and ML capabilities will be reinforced in the future, this will only bring more productivity and growth opportunities to enterprises (see the example of the Insurance Sector). In this ideas’ defense come multiple studies and research papers.

The human society has been concerned about the human-machine dynamic since the early ages of technology. Even Queen Elizabeth refused in the 16th century to offer a patent for a machine to automate fabric manufacturing, due to a fear not to cause job loss in the society. Fortunately, today, we have a deeper understanding of this dynamic.