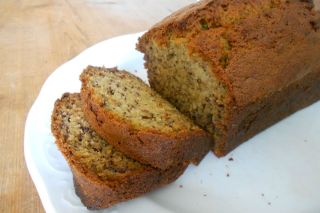 Whether we’re emptying our fridges of wilted vegetables or stepping past a café’s overflowing bins, we all know food waste is a problem. But it’s when you consider that ‘one-third of the total amount of food produced globally’ is wasted every year that the true scale of the issue becomes abundantly clear.

Not only is it an environmental disaster, given that food waste is responsible for ‘about 8 per cent of all human-caused greenhouse gas emissions’, it’s a serious ethical concern in a world where so many go hungry. What’s more, it represents a ‘chronic market failure’, with the value of wasted food estimated to be over $1 trillion. Food waste is bad business, on pretty much every front. And the travel industry is no different.

The drive for change

Both individuals and businesses are waking up to the urgency of this problem, and in some places, change is being driven at a national level. In 2016, France introduced legislation stating that supermarkets above a certain size must donate their unused food or face a fine. This was followed by increased food sustainability education, as well as policies forcing companies to report their food waste statistics.

Other countries are beginning to follow suit, albeit slowly. A pilot scheme for food waste minimisation was recently announced in the UK, with £15 million of funding being provided to help charities redistribute surplus food. More recently, Defra (the Department for Environment, Food & Rural Affairs) has urged the UK government to include mandatory food waste collections in its forthcoming Resource & Waste strategy, as England’s recycling rate has stalled in recent years. ABDA is also imploring the government to ‘do the right thing’.

It’s clear that much more needs to be done, and businesses certainly shouldn’t wait to be told before changing their ways. The potential cost savings alone should be motivation enough.

The cost of waste

Unplanned food waste can have a big impact on a business’ margins, whether that’s thanks to the price of expired ingredients, the cost of transporting unexpected provisions, or even the energy used cooking unrequired meals. Once food is wasted, disposing of it also generates costs. Airlines, for example, have to treat all catering waste from outside the EU as high-risk, meaning it often needs to be transported to and buried in landfills.

Subsequently, irrespective of the industry, food preparation can incur significant shrinkage (which is over-compensated for by over-ordering). Common shrinkage for fruit ranges from 20-50 per cent, while for vegetables it’s around 35 per cent.

Something has to give. Suppliers, caterers and logistics teams need to work out exactly how much food is going to be consumed (or as near to the mark as possible) to better optimise supply chains and reduce waste. Fortunately, much of the data needed to do this is widely available – it’s simply a case of businesses investing in the right platforms to store and analyse it.

As an industry that produces significant amounts of food waste, airlines are a prime example of where this could be handled more effectively. From budget carriers flogging paninis to four-course dinners served in business class, most flights produce significant food waste. To tackle this, airlines need to utilise something they have in abundance – data – and use this to provision their flights more effectively.

Information from previous flights, on-flight sale transaction histories, even dynamic customer profiles that indicate what foods passengers are likely to want – all of this data is hugely valuable, because it could be used to predict exactly what (and how much) is likely to be eaten during a flight. At a micro-level, airlines could consider the exact preferences of people on their flights.

Even on budget airlines where meals aren’t provided as standard, patterns would undoubtedly emerge – maybe the number of people eating unhealthy sandwiches is higher on a Friday than a Monday. Whatever data is revealed, it would certainly go some way to minimising waste.

None of this is particularly complicated to achieve – it’s simply a case of investing in the right cloud data platform to help logistics teams interpret the data available. With this, airlines could significantly minimise their food waste, reducing both the stress on their financial margins and the amount of food that has to be transported to landfill or other waste centres at the end of a flight.

In general, better knowing what each of your point-of-sales locations’ expected vend for each day is means that food won’t be made unnecessarily. This might mean tracking external correlators – from real-time traffic and weather updates, to live train arrival and departure information – to understand what drives transactions at each of the point-of-sale locations, and how those baskets change with season and weather, or as a result of delayed transport. Typically, organisations have struggled to achieve this kind of correlation, usually due to such a wide range of data needing to be included: from historical and geographical data to time series data about the weather, as well as unexpected events like the delayed train, the hour-long traffic jam, or a week of contiguous summer.

Sharing data across the chain

Of course, this applies across all sectors, not just airlines or retailers. Consider office canteens, where tray after tray of food is binned on a daily basis because of poor planning. In a building of 1,000 workers, caterers rarely know exactly how many people will be eating with them that day. Given that many businesses already have swipe-in ID cards, caterers could be using these to track how many people are in the office leading up to lunch. Data from workers’ transactions could then be used to build expected consumption models, with this information being sent down the supply chain to inform food suppliers exactly how much they need to deliver, and when.

Again, this relies on everybody involved firstly having access to the information – the employee, the canteen contractor, facilities, security and the employer. And secondly being able to contribute their part of this data. An intelligent platform for this could introduce chatbots to ask workers what they feel like for lunch and where they are today to derive not only more precise numbers of hungry mouths at 12.01pm, but also what they’re most likely to be hungry for.

Fortunately, all it takes is a user-friendly platform, and everybody from chefs to warehouse food pickers will be able to ensure that the data collected at one end of the chain is used intelligently at every point. Share when the fruit was picked and by whom. Share who prepared the food and why they chose this dish for today, with the help of their AI-assisted menu planner, and their digital fridge reminding them what was leftover from yesterday’s ingredients. Share what you thought of today’s special. Get it right, and businesses across all sectors could reduce not just their food waste and environmental impact, but their financial losses, too.