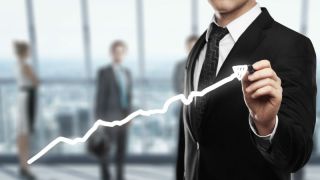 In businesses, there is often an established approach, a go-to for making key decisions. However, this blind reliance on continuing to do things the way they have always been done can hamper much sought after creativity. With businesses now being forced to reevaluate the way they have always done things, there is an incredible opportunity to innovate. Inspiration for this type of creativity can come from many different sources, one that is less obvious than many is basketball.

One of the latest and most influential items of popular culture is ‘The Last Dance’ documentary. Captivating viewers worldwide, this story examines the close relationship between sporting legend Michael Jordan and one of the most decorated coaches in NBA history, Phil Jackson. Their partnership would come to revolutionize the game of basketball during the 11 years they spent working together. An experimentalist extraordinaire, Jackson tried different approaches until he pioneered the ‘triangle offense’ which changed how basketball was played. Until Phil Jackson was appointed the head coach of the Chicago Bulls, Jordan had dominated games as a solo superstar, with the rest of the team playing in his shadow. However, Jackson decided to implement a new approach to the sport that many doubted. This new method took the spotlight away from resting solely on Jordan and rebalanced the game to bring other players into the offense.

The ‘triangle offense’ was an offensive strategy that relied on a three-pronged approach using three players to create perfect triangular spaces on the court to allow for greater team movement, and helped open passing lanes to move the ball. This approach would eventually become known as one that could only be adopted by players with an extremely high basketball IQ and fundamental knowledge of the game. So it speaks volumes about the teamwork the Bulls developed to be able to execute it so effectively. Players who were used to operating in a vacuum became accustomed to being part of a well-oiled machine. The ‘triangle offense’ adopted by Jackson and the Bulls promoted a culture of teamwork where everyone was a valued member. This allowed Jordan to continue to shine, while other members of the team were given the agency to stand out and show their wider impact on the whole team. So what can business learn from this? Working as a team is always preferable to working in silos where insights and creative ideas from team members cannot be capitalized upon.

For example, when working with Optimizely to establish a center of excellence, HP used a variety of methods to share ideation and campaign analysis with every single employee. This resulted in 490 new campaigns run and experimented upon, creating an incremental revenue impact of approximately $21 million. In order to foster a culture of experimentation to unlock innovations throughout the organization, businesses must encourage different departments and teams to keep communicating and work in tandem. Although Jordan had the capacity to be successful on his own, he accomplished his most impressive feats as part of a team where every player understood the importance of their role.

This commitment to a culture of experimentation ultimately paid off when Jordan left for 18 months to pursue his dream of a career in baseball. The Chicago Bulls were not automatically doomed to fail, even with their star player absent. Jackson’s new approach meant that the team was still able to flourish and succeed. The culture of innovation that had infused the team allowed it to continue to win games. Even when the team did experience failure, which they did in front of tens-of-thousands of fans, Jackson’s commitment to the triangle offense meant that the team learned from the failures and used them to succeed in the future. Businesses can mirror this approach by accepting that some of the experiments they run, will fail. However, rather than seeing them as simply failures, businesses must start to see them as opportunities to succeed in the future. Failures must become lessons, their results used for future experiments, and their data used to inform new approaches. Giving your teams the confidence to make bold changes to a user interface or product design and the agility to scale up or revert back after a change, based on consumer feedback, without throwing the towel in after a single failure is invaluable. This is an essential shift in mindset needed if businesses (and basketball teams) are to reap the rewards of an experimentation culture.

The power of experimentation

The Chicago Bulls’ approach helped usher in an era of team continuity in the NBA. While star players were still valued, organizations came to understand that the supporting cast of players on the rest of the team had just as vital roles to play. Scottie Pippen, Dennis Rodman, Steve Kerr, John Paxson, players who were once seen as the sporting cast of the Michael Jordan show, became vital cogs in a machine that went on to win six championships in eight years. Jackson changed the way players were perceived and ultimately, his experiment became one of the most successful and well-known in sporting history. One that he would later replicate when building the equally successful Los Angeles Lakers teams of the early 2000s working alongside stars such as Kobe Bryant.

Experimentation is all about measuring, learning, and repeating until you have achieved optimum results. Although much of the credit may go to Michael Jordan for his jaw-dropping performances, Phil Jackson, moustached and holding a clipboard must also be applauded for his commitment to redesigning a game which ultimately resulted in one of the greatest sporting dynasties of all time. Businesses can learn from the innovative approach taken by Jackson, and the full commitment of the Chicago Bulls. It truly underlines the importance of a complete company buying in to make experimentation a venture that pays off over time.