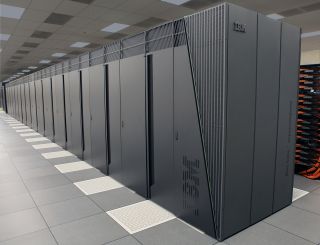 Warren Buffet’s recent sell-off of IBM stock started another round of discussions about the credentials of ‘Big Blue’. The press cuttings about IBM’s fiscal performance combined with the musings of trade journalists mean that you could be forgiven for thinking this might end badly for the mainframe world. After all, 20 quarters of IBM missing revenue targets coupled with unprecedented choice in the server market is making life very hard for the most venerable of machines.

What we do know is that 58% of large organisations, as of this year, still want to fully leverage their mainframe investment. We also know that the overwhelming majority of the world’s biggest banks, insurers and retailers run their business on mainframes, according to IBM.

Any review of a platform, especially one so business critical, needs to fundamentally consider why anyone would need it. And in today’s digital-everything world, one has to assess the changing requirements of IT in the contemporary commercial environment, and the mainframe’s ability to cope with these changes. A better question therefore would be, what’s driving change in the large-scale organisations that possess mainframe computing power today?

The digital economy is here, and money is being spent – Finextra reported nearly two years ago that $16.6bn being pumped into digital transformation in American banking alone. Meanwhile, European Bank ING has adopted a close collaboration model with technology providers to support its digital transformation programme.

In one of the keynote sessions at SHARE in March 2017, industry commentator Peter Ruttan of IDC asserted that progressive organisations are integrating and modernising mainframe operations as part of their transformational process. So much so, that they aspire to having “a connected mainframe” that sits at the heart of a digital organisation, not apart from it.

IDC’s Ruttan further commented, “workload should run where it should to best support the business”. In a business-first mantra, technology serves the strategy, not sets it. Workload management offers that flexibility. IBM themselves stated that 93% of the top mainframe clients were also now running Linux.

IDC talked about half the clients they spoke to seeing a lower cost of ownership on the mainframe as a result of looking at workload changes. New workload choices around Cloud, Linux, Web, Mobile and Java integration, were all shaping how the mainframe was being seen as a source of new revenue, rather than a necessary cost to support it.

Reports suggest that there continues to be a significant uptick in the number of deployments on to Linux servers worldwide. In one article from late 2016, we were told that “nearly 50 percent of z Systems clients are using Linux”. Indeed, BMC reported that statistic as over 50%. We also know that Linux overtook other UNIX systems in terms of market share as far back as 2013, according to the Linux Foundation.

IBM cites a variety of clients running Linux on IBM z Systems across banking, manufacturing, government and telco sectors.  Elsewhere, software experts Astadia have helped a major European banking client who decided to move a huge workload on to the IBM z series mainframe. Consolidating older server environments as part of a major modernisation programme, the organisation moved a core trading system on to their preferred strategic platform.

A flexible approach is one thing but the results need to be instantaneous. Understandably, DevOps and how it can be employed across the entire enterprise estate, has become a mainstream mainframe topic. Gartner has previously stated that by the end of 2016 DevOps would be at around 50% adoption globally. Forrester went as far as to publish a white paper entitled, rather bluntly, “Digital Transformation Needs Mainframe DevOps”.

Many in the industry, alongside traditional mainframe vendors, have taken great strides to dispel as a myth the idea of bi-modal IT. Compuware, CA, IBM and Micro Focus among others all talk of contemporary tool-chains that enable DevOps-style deliver for mainframe teams. The 2016 State of DevOps Report asserted, “[Developers using DevOps] spend 22 percent less time on unplanned work and rework, and are able to spend 29 percent more time on new work”. What is undeniable is the level of interest in DevOps as a holistic, enterprise-scale approach, including the mainframe environment.

Speaking at a DevOps conference in London, ING Bank global CIO Ron van Kemenade says investment in new skills and a transition to DevOps is critical to its “Think Forward” digital strategy. “We wanted to establish a culture and environment where building, testing and releasing software can happen rapidly, frequently and more reliably. When beginning this journey we started with what matters most: people,” putting the focus on engineering talent and creating multi-disciplinary teams, where software developers partner with operations and business staff, has led to more automated processes, a sharp reduction of handovers and a “collaborative performance culture”.

Speaking at the same event, Jonathan Smart, head of development services at Barclays, talked up an eighteen-month push by the bank to incorporate agile processes across the enterprise. The amount of “strategic spend” going into agile practices and processes rose from four percent to more than 50%, says Smart, and the company now has over 800 teams involved.

Meanwhile Antonio Bravo, BBVA’s Head of Strategy & Planning, explained the main goal of the bank’s recent adoption of agile practices is “to increase the speed and quality of execution” of their transformation programme.

Arcati, IBM, CA, BMC and others continue to survey and report on the market, with an overwhelming response of a committed community dedicated to a future of mainframe programming. A sample of recent surveys shows 90% or more in each case viewing the mainframe environment as strategic. Moreover, a closer look at the IBM revenues suggest that z systems revenue has largely held firm amid the recent disappointing corporate results.

The examples above also serve well in demonstrating how large-scale organisations are looking to grasp the nettle of how the mainframe sits in the middle of their digital transformation initiatives.

It’s little wonder we are hearing whispers from sources close to IBM of a likely announcement of a new mainframe offering in the near future: Big iron’s new iron. The hundreds who attend the SHARE events twice-yearly will doubtless be out in force to see what new advances the mainframe can bring to the digital transformation table in the coming months. What looks certain is that the activities surrounding how the mainframe best supports the business will continue for years to come.