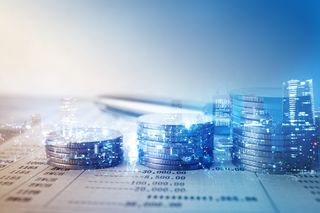 UK businesses today face a rather unsettled climate in which to operate. Whether it be recession and the political agenda of austerity or the recent Brexit vote and ‘snap election’ that has resulted in a hung parliament. Any one of these shifts can change political policies, which in turn impact businesses resulting in a need for them to be agile to change. McKinsey and Company define agility as the ability of an organisation to renew itself, adapt, change quickly, and succeed in a rapidly changing, ambiguous, and turbulent environment. In the latest CFO Indicator report Q1 2017 from Adaptive Insights, CFOs believe it is the ability to act quickly that seems to be holding businesses back.

The need for speed

CFOs estimate that over half (53 per cent) of their teams’ time is spent on reporting and data gathering, which in practical terms equates to nearly half (47 per cent) of respondents taking 11 days or more to get reports into the hands of stakeholders. If every decision takes more than 11 days to get backing from a financial report, it is no wonder that businesses need to be more agile from the view of the CFO. This is supported by the fact that more than half (56 per cent) of respondents would like to shrink the time it takes to produce reports to less than five days.

Another area that CFOs believe teams could accelerate is scenario planning. When external factors change–such as a fluctuation in the value of the pound as a result of a hung parliament–businesses want to model multiple scenarios to optimise their planning and strategy. However, the majority (60 per cent) of CFOs estimate that running a new scenario for forecast takes up to five days yet they’d like this to be less than a day. That is a significant gap for today’s fast-paced businesses. And CFOs are in agreement, with one-third (35 per cent) believing that too much time is spent on report preparation and data collection while 40 per cent believe more time is needed for forecasting and scenario analysis.

With CFOs identifying themselves as a chief data officer, successfully managing data has become integral to a well-performing, quick-to-respond finance function. One of the most surprising statistics in the report was that three-quarters (77 per cent) of CFOs reported that major decisions around capital expenditures, resource allocations, and investments have been delayed because stakeholders do not have timely access to data. This highlights the challenges in today’s decision making, as data is not keeping pace the speed of business.  Delayed decisions may be lost opportunities for enterprises, which in turn impacts their ability to compete.

Making better use of data seems to be largely a technology issue. Many CFOs believe that the biggest barrier to updating forecasts is disparate systems, lack of interoperability and software tool limitations, also outdated platforms, and tools that do not support forecasting capabilities. Arguably, these issues are why there is an appetite for SaaS solutions; 33 per cent of finance infrastructure is SaaS today, with a desire amongst CFOs to increase this to nearly 60 per cent by 2020. In addition to providing integrated access to data that point solutions cannot, SaaS can draw together data to allow CFOs to take a more holistic approach–such as with rolling forecasts and continuous planning–that is more comprehensive and collaborative than traditional or static financial forecasting.

In particular, it is predictive analytics solutions that CFOs think would contribute most to increased agility in finance (49 per cent), closely followed by dashboard and analytics (45 per cent), which tops the list of future purchases for CFOs by 2020.

There is a disparity in the data between what would improve agility and what CFOs actually plan to invest in; with less than a quarter (24 per cent) intending to purchase a dedicated predictive analytics solution in the next three years. This is likely reflective of the emerging nature of the technology and the more immediate need to simply start the process of forecasting–a function that is predictive in and of itself. Finance may be so caught up in generating history, that it is challenged in transitioning to looking forward.

Reporting rounds out the top three in terms of purchasing plans, underscoring CFOs’ desire to improve response times and accelerate the pace of their teams. With cloud-based reporting solutions that integrate budgeting and forecasting capabilities, finance teams should be able to engage in better, faster forecasting practices so that multiple scenario planning becomes commonplace–a practice that is even more critical as business climates become increasingly volatile and uncertain.

Not surprisingly, CFOs at smaller companies tend to believe their organisation is more agile than the rest, underscoring the need for CFOs to better manage growth. Indeed, with two-thirds of CFOs believing that their organisations operate with enough agility for today’s business climate and yet over three quarters admitting that major business decisions are being delayed due to stakeholders not having access to data in a timely manner, the need for change may need to be emphasised.

With technology as their guide, CFOs have the potential to generate ROI by automating time-consuming manual tasks, such as gathering data and generating reports. What’s more, when combined with cloud-based solutions, data is much easier–and quicker–to access and analyse for the finance team. With data and analysis that can be generated in a matter of hours rather than days or weeks, the finance team can provide solid financial assessments to support or warn against strategic decisions. In today’s world of change and adaption, it is not only a matter of making the best decision but doing so at a pace that ensures the organisation is not left behind competitors.