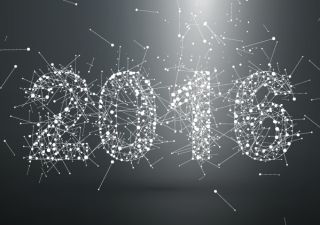 As the evenings get darker and the countdown to Christmas and the New Year starts, the abundance of 2017 technology predictions begins. But what was predicted to take off in 2016? Stephen Duignan, VP International Marketing at LogMeIn looks at the trends and services that didn't take off didn't last year and whether this year could see them come to fruition.

Google is set to dominate the WiFi market

Last year generated much speculation over Goggle’s entrance into the WiFi market with many predicting that their Google OnHub routers would hit the mainstream. Although the Google OnHub router hasn't made it big on an international stage, over the next few years WiFi standards will increase as more mobile devices appear in organisations. We can also expect further improvements to WI-Fi as government experts have ranked the UK’s current 4G network 54th in the world in terms of coverage. As it’s expected that the number of people using WI-FI to make audio and video calls will continue to increase, signifying the importance of a 5G rollout.

It’s been just over two years since legislation was introduced to the UK giving employees the right to apply for flexible working. The new legislation caused much speculation about the impending changes to the working patters of UK employees. However this change in the law has not had then impact on employers that was expected. A study carried out this year by Timewise found that just 8.7% of job vacancies with a salary over £20,000 mentioned the possibility of flexible working, a small increase of 2.5% when compared to its 2015 study.

Collaboration has been an incredibly popular buzzword over the last couple of years. But although this topic has received that much attention, companies are still struggling to create a collaborative working environment. What we’re currently facing is the clash of two developments: On the one hand, more and more companies see spatial proximity as a way to strengthen collaboration, for example by sharing office space with other companies. On the other hand, today’s workforce is increasingly mobile and connected and works from anywhere, which is not necessarily the classic office desk.

Whilst it was expected that the UK would be working much more flexibly in 2016 the initiative has been slow to take off. Lancaster University’s Work Foundation released a report earlier this year, which suggested that the tipping point for flexible working would be reached in 2017. The report Working anywhere: A winning formula for good work? also predicted that flexible working would be the main way of working for 70% of organisations by 2020. With more integrations between productivity tools enhancing work practices it’s likely that we’ll see significant differences in the way we work before 2020.

Each year more ambitious predictions are made about the future of virtual reality for both business and consumers alike. It was suggested that 2016 could be the year that virtual reality, may allow businesses to communicate and collaborate more creatively. Whist virtual and augmented realities are currently being used for a number of purposes; from optimising the design of products in the engineering and manufacturing industries, to enhancing educational experiences in healthcare. Sadly 2016 didn’t see this technology enter the workplace. However virtual technology does have huge potential to strengthen communications within enterprises.

With most of our workplace interactions happening online, whether that be by email or video conferencing, virtual reality has the ability to bring employees from remote offices together, making them feel that they physically occupy the same meeting room or office space. Although the costs associated with VR headsets are still relatively high, new innovations are being introduced by key players in the market. Most recently Mark Zuckerburg hinted that a wireless Oculus VR headset is in development, if this was coupled with more accessible price points there could very well be an increase in the rate of adoption. However it’s important to note that it could still take time to create tailored content that is suitable for an array of businesses.

With the launch of the Apple Watch 18 months ago the wearables market generated much anticipation last year, with many predicting soaring sales and the evolution of more sophisticated devices. Although these advances haven’t been evident this year, we could start to see more developments as businesses continue to build their infrastructure around the cloud. Smartphones are already form the epicenter of our communications, with mobile now representing 65% of digital media time, while the desktop is becoming a ‘secondary touch point’ for an increasing number of digital users. It’s likely that our smartphones will provide the gateway to the adoption and growth of wearable technology, intensifying its role as our personal hub and allowing us to consume as well as manage information provided by our wearable devices.

Industry analysts projected massive growth in the virtual assistant market and last year, Gartner predicted that two-thirds of consumers in mature markets will use these tools regularly by the end of 2016. A rise in virtual assistant technology (think Siri or Cortana) is already adding a more human touch to communication.

The technology is set to become more advance, what if Siri could do more than tell you the recipe or send a text for you - what if she could predict your needs, and work WITH you? Cognitive computing and artificial intelligence allowing us to interact and collaborate with machines is right around the corner. But how quickly will users adopt it? Will it slowly grow like the landline before being eclipsed by something better, or will it mimic the mobile phone as the next biggest thing? “Only time will tell...” but we’re betting on the latter.

We’re currently seeing a convergence of new technology entering the market and going mainstream faster than ever before. In reality 2017 is more likely to be the year when many of these concepts like flexible working, virtual offices and assistants really are adopted and hit the mainstream.