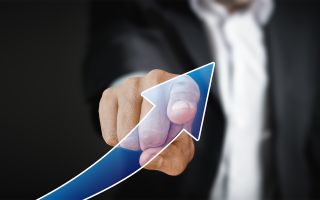 The fact that four key topics dominated 2017 was no surprise, but few people predicted just how far they would go…

While we knew the intensity of ransomware attacks would increase in 2017, the ease and speed with which cyber criminals were able to infect hundreds of thousands of computers around the world came as a shock.

With the arrival of WannaCry, ransomware acquired a public face, attacking critical infrastructure and thousands of devices. WannaCry used a recently discovered vulnerability in Server Message Block (SMB) file-sharing protocol to spread itself across networks, carving a path of destruction around the world almost instantly. The attack started on a Friday. By Saturday, thousands of bank ATMs, electronic billboards, and server room monitors were flashing WannaCry’s red-screened demand for ransom. In the end, more than 300,000 computers had to be cleaned up, re-installed, or recovered from backup.

A month after WannaCry, the world was hit with another wave of ransomware.  NotPetya used a similar distribution and had the capacity to extract network credentials out of a machine’s running memory. This enabled it to move easily through networks to infect other machines. It crippled many large organisations, costing millions in damage, and leaving many without IT support; they had to rely on mobile messenger apps for communications.

The real surprise was that NotPetya wasn’t interested in any sort of ransom. Unlike previous ransomware variants that included ways to recover data after paying a ransom, NotPetya was designed as a “wiper”. Its sole purpose was to destroy data. There was no way to get your data back – unless you could restore it from backup.

Since these two attacks received prime news coverage worldwide, we thought ransomware would be a household name by the end of 2017. But we were wrong.

In August, Acronis conducted our Global Data Protection Survey, which revealed that most people had still never heard about ransomware – despite global media coverage of WannaCry and NotPetya. Then the Bad Rabbit ransomware attack hit in October, which only confirmed the public hadn’t taken preventative steps.

While IT admins were busy patching computers with the latest updates, Bad Rabbit went back to the basics. It infected some popular news websites and prompted users to download software in order to view content. Needless to say, the downloaded software contained ransomware, so thousands of people blindly infected their own computers, which launched another wave of attacks.

What we learned in 2017 was that news reports alone are not enough to raise public awareness. As attacks continue and ransomware becomes more sophisticated, we need to do more than just educate people about the dangers of ransomware, but also how to protect themselves through a cloud backup and storage solution that can restore infected data quickly and detect incoming ransomware attacks.

Many predicted that AI-powered technology would gain momentum in 2017, but not quite at the scale and the speed with which AI-driven solutions would penetrate every industry. It was quiet a year ago, but today it’s part of every organisation dealing with data.

The widespread adoption of AI technology brought about some ethical concerns. Driverless cars, drones, AI-driven applications and the potential to affect the world’s economies, citizens, and the internet has raised a philosophical question of whether AI is going to change the world for better or worse.

This debate has people like Tesla’s Elon Musk saying on one hand that AI will be a threat to people, and then we learn that Tesla is working on its own autopilot AI chip. The conflicting messages are typical given the AI rush that the industry is experiencing this year, but what’s clear is that we stand at the threshold of an exciting time.

There has been a lot of hype around blockchain in the past few years. Those who predicted that the hype would subside and real-world projects would begin hitting the market were proved correct. The Australian Commonwealth Bank and Wells Fargo claimed their first interbank blockchain trade. The Australian Securities Exchange (ASX) became the first stock exchange to adopt blockchain for clearing and settlement (although they surprisingly avoided using the word blockchain, and instead stuck to a technical definition: distributed ledger technology).

When talking about blockchain, we can’t avoid Bitcoin and few predicted its incredible recent hyper-growth. For Bitcoin fans it’s the new digital gold. For Bitcoin deniers, it’s a bubble that’s bound to burst. We’ll leave that discussion to the currency experts. What is undeniable, however, is that Bitcoin has proved (and promoted) the benefits and reliability of the underlying distributed ledger technology, or blockchain.

Finally, any blockchain discussion has to mention the surprising growth of Initial Coin Offerings (ICO). In 2017 there were more than 230 ICOs, which raised far more funds than from traditional venture capitalists in the blockchain space. A number of highly publicised ICO scams also revealed a lack of industry regulation and the need for training and basic public education.

The mass migration to the cloud is something we mentioned last year – it’s just common sense since cloud-based services are accessible, scalable and affordable. But they’ve now also become a necessity to many modern-day businesses. Cloud-based file sync and share solutions have become the default for sharing information. Cloud-based storage is used by businesses and consumers for archiving. Cloud-based computing often comes to the rescue when desktop applications are not available.

After adopting cloud-based solutions, however, many businesses suddenly realised that they have two separate environments, both of which are vital and need to be kept secure. Welcome to the world of hybrid IT.

Whether the infrastructure is large or small, managing hybrid IT can be a challenge, especially when there is more data to protect and fewer resources to protect it. This means businesses need hybrid cloud architecture that does not discriminate between on-premises and cloud environments; that treats all workloads and all environments the same; that allows on-premises data to be restored in the cloud and vice versa.

Hybrid cloud architecture also gives users full control over where they keep their protected data, which is critical in geographies that have strict data sovereignty regulations. Although many predicted the major shift to cloud, few foresaw the huge importance of hybrid solutions.