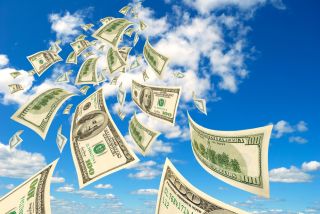 The unfortunate thing about good advice is that it’s much easier to give than it is to put into practice. In fact it’s mostly only recognised as good advice through the experience of hindsight. And so I’m going to tell you what I learned about equity crowdfunding, but before I do, I have to caveat this article by saying this is my personal experience of crowdfunding Meetzoo, and whether that’s the rule or the exception, you’ll have to decide for yourself. In this article I will aim to give you the lowdown as I see it on equity crowdfunding, covering the key points you need to consider: Which crowdfunding platform to use, How much to raise and How to find investors.

In case any readers don’t know about crowdfunding, here’s a quick 101. There are two types: reward crowdfunding and equity crowdfunding. The one you have probably heard most about in the media is reward crowdfunding; sites like Kickstarter and Indegogo, where (generally speaking) you have a tangible product that you can either offer free, or heavily discounted as a “reward” in return for an investment. Equity crowdfunding on the other hand, as the name suggests, provides investors with equity in the form of ordinary shares in your business, in return for their money. This suits high-value products, or software and services that can’t be easily given away as rewards. That said, equity crowdfunding campaigns do sometimes offer rewards too, generally to encourage higher levels of equity investment.

The two principal equity crowdfunding platforms in the UK are Crowdcube and Seedrs. The difference between the two is mostly in the way shares and voting rights are allocated. With Crowdcube, shares (and any voting rights) are allocated directly to the individuals that invest. With Seedrs, they operate a nominee structure, whereby Seedrs act as a “trustee” for your investors, so you have only “one” entity to deal with, as opposed to many (possibly hundreds) with Crowdcube. However I wouldn’t let this be a major factor in your decision of which platform to use, as both have their advantages and disadvantages. While there might be less admin to communicate with your investors via Seedrs, there are platforms such as CapDesk.com that allow you to upload your investor list and automate investor relations. Also it is worth considering that with Crowdcube, you determine the level of investment that gets voting shares, whereas with Seedrs, all of your investors will have voting rights. To put this in perspective, if you give away 25 per cent of your company in the round, then with Seedrs you will have 25 per cent investors with voting rights, whereas with Crowdcube this is most likely to be significantly lower as only investments over £2k (generally £2-5k) are awarded shares with voting rights.

The next question is “How much to raise”, or more correctly “What should my fundraising target be?” If you think the right answer is “as much as I need”, then you’re mistaken. You probably have a number in mind already, and this is likely based upon a well thought-out and compelling business plan. However what you need to consider is the psychological aspect of crowdfunding; people like to jump onto a moving train, but nobody wants to push a stationary one. A “moving train” in crowdfunding terms means you should aim to be 75 per cent  funded by the time you’re 50 per cent  of the way through your campaign. This might not seem to make much sense, until I explain where the investment is coming from. The term “crowd” is somewhat misleading, as while Crowdcube has over 300k registered investors, to attract this “anonymous crowd” you need a moving train, and that means your 75 per cent  has to come from your own network! Let me repeat that bombshell ”your own network”. This is the single most important thing to realise. It is not a case of “build it and they will come”, you have to build it and then you have to drag the people you know kicking and screaming to it. Well maybe that’s a bit overly dramatic, but I want to emphasize the point that the success of your campaign is all about the size and value of your personal network – that’s your friends, family and business connections.

Don’t underestimate what it will take to encourage your own network to invest, even a small amount like £10. Don’t expect a couple of well-structured emails and some posts on your LinkedIn and Facebook to be enough. You are going to have to pick up the phone and speak to people, and go and meet as many face-to-face as you can. So make time to call people up and expect to have to call them back. Segment your contacts and focus your efforts accordingly. And remember you need to do this preparation well in advance of your launch date.

So the secret, if you haven’t figured it out by now, is to set your fundraising target based upon the value of your network – and be brutal about what you can realistically raise. So if your network can raise £50k, then set your campaign target at £70k; if your network can raise £20k, then set your target around £30k. This might seem to make the whole exercise somewhat pointless, but your real aim is to exceed your target and achieve overfunding to reach the amount you really “need”. Here’s an example: suppose you “need” £100k, but your network can only raise £30k. Then you have two options. One is you set your target at £100k, the other is you set it at £40k. Which campaign do you think it going to stand the best chance of getting to 100k? The one that at the end of the first week is 75 per cent  funded, or the one that is 4 per cent funded? It follows that your business plan should be based around your “target” rather than your “need”, and having created the right momentum, you’ll hopefully exceed your target and fulfil your real need.

As for the final question from our first paragraph on “How to find your investors”, I think we’ve already answered that which is you’ve already found them - they are your existing network. The challenge is to encourage them to support you and invest in your fundraising, and your number one task is to accurately estimate the value of your network. A neat way of doing this is by putting a pledge form on your website and asking people to enter their email and pledge amount there. This will give you an insight into the realities of getting people to act and support you, and I promise, it will be an eye opener. Good luck.

equity
crowdfunding
About
meetzoo
Get Weekly News and Analysis