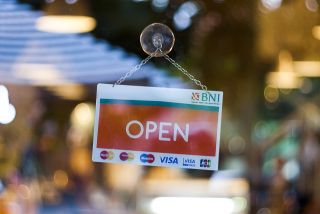 The consumer sales landscape has been in a state of flux for some time with almost weekly news stories of store closures, losses, and the death of the high street becoming the norm. Hopes were riding on strong Black Friday and Christmas sales over the 2019 peak retail period, however, new statistics just released by the Office for National Statistics (ONS) show this failed to materialise.

The ONS figures show that in the months leading to December 2019, the quantity brought in retail sales decreased by 1 per cent. Earlier in the month Morrisons boss David Potts vowed to address “learnings” after a 1.7 per cent drop in sales after scrapping all Black Friday sales promotions, and Sainsbury’s warned that it expects trading to be “highly competitive and promotional”[1] in 2020.

Research suggests, however, that one cause of this may be that retailers are not aligned with what consumers want. 77 per cent of retail executives said they believe customers are happy with today’s in-store experiences when in fact 79 per cent of consumers are demanding a personalised in-store experience. It’ll take more than discounts to stand out from their competitors and boost in-store football.

The multiple physical and digital touchpoints that make up the modern buying journey is creating a hugely complex process which many retailers are having difficulty keeping up with, let alone the customer. But, does psychology offer a solution to help retailers differentiate themselves and add value, rather than devalue themselves with price-cutting? One of the core reasons that brick-and-mortar retailers are struggling has a lot to do with them losing sight of how consumers think, behave and feel when it comes to buying things.

Here are three core principles to consumer behaviour that retailers should not lose sight of.

According to 2018’s Global Path to Purchase Survey, just under 84 per cent of people use physical retail stores as ‘showrooms’, meaning they visit stores to see physical goods before making a decision. These potential customers are doing their research and comparing prices, but only around a quarter are there because they enjoy the physical retail experience.

These habits also extend to online shopping: A study by Royal Mail found that 39 per cent of UK online shoppers will abandon their cart because they were actually just browsing and did not have the intention to buy. Rather than cart abandonment being seen purely as a failure by the retailer, we must appreciate that visiting a store, without purchasing, is part and parcel of the psychology of shopping and an important part of securing the eventual sale.

Back in 1998, Prelec & Loewenstein reported on the link between paying and pleasure. The findings were significant yet unsurprising: rather than enjoyment, people dislike paying for things, so much so it provokes a natural reaction similar to those stirred up by pain and disgust.

That’s a difficult starting point for retailers to have to work from, but it does remind us just how vital it is to put a seamless purchasing journey at the very heart of your conversion. For inspiration, look at what companies like Amazon are doing to lead the market.

While we may focus a great deal of attention on the retail environment - physical and digital - to make it conducive to completing purchases - it’s crucial that payments are not seen as just another step in that process. Making payments effortless for the consumer is going to maximise the conversion opportunity for retailers.

Although payment technology is evolving faster than ever before, there’s already a healthy level of adoption of time-saving innovations such as contactless payments in retail, enabling customers to pay with just the tap of a card, phone or wearable device.

Retailers must not forget, however, that some people - globally around 36 per cent - still insist on using cash according to the Global Path to Purchase Survey. The adoption of non-cash payments fluctuate massively across Europe, and brands must ensure that they don’t alienate customers who prefer sticking to cash. Despite this, it’s clear digital payments are already being adopted in leading markets, as revealed in the 2019 Wirecard Global Shopping Report. That’s only going to increase as consumer confidence and familiarity grow.

Similarly, biometric ID and payments are now appealing to around 20 per cent of people, a trend which has been largely driven by its integration into smartphones and other mobile devices. This number will likely grow over the next few years due to its greater convenience and security compared to other forms of contactless payment, which will benefit shoppers and retailers alike.

As retailers try to reduce the gap between the current services they offer and demand from customers for seamless, efficient and secure purchasing experiences, it feels like a new generation of retailers ‘getting it right’ are pushing at an open door.

One day, we will come to a point where physical and online retail will be harmonised, and it will be the customer experience and joint promotional efforts, instead of price cuts, bringing customers to stores. Online retail cannot live without physical stores, and physical stores will survive because they offer something online doesn’t: to try before you buy.

Physical retail is at a crossroad. Continue doing things the way they are, and online retail will continue to steal its market share, companies will be forced to often unnecessarily slash prices to compete with rivals, and big names will fold. But by thinking about the psychology of the experience, retailers can add value and thrive.