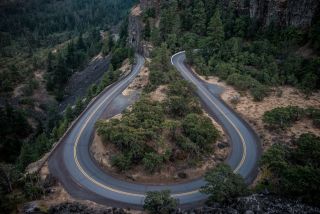 If I had to pick a soundtrack to accompany the recent hype around Telcos launching “unlimited” plans, it would be Talking Heads’ Road to Nowhere. I realize the shift is all about keeping up with competitors, but what about us – the customers? Is anyone listening to what we want? Let’s face it. These days, “unlimited” isn’t what it seems.

We are halfway through 2017 and we have seen all four of the major US mobile carriers bring back “unlimited” data plans. We’ve also seen this trend trickling down to cable groups who are keen to grab a slice of the action - Comcast for example. T-Mobile and Sprint brought back lower cost unlimited plans last summer which put increasing pressure on the likes of AT&T which followed with new and revised plans earlier this year.

For those of us that love to stream videos in high definition, or upload a lot of footage from our phones, the appeal of these unlimited plans is understandable. That’s been a boon for consumers you might assume? In the short term, yes. But, as the price wars rage on, analysts are predicting that these new limitless plans will hit profits hard as mobile operators sacrifice revenue for market share. This is bad news for consumers as it leads to consolidation and a market with less competition and choice. Further eating into profits are the large investments in 5G networks, estimated at tens of billions of dollars.  The result is an endless cycle of trying to stay ahead of demand while simultaneously driving down the price of supply.

Despite the hype around the word “unlimited,” these plans are only unlimited in the very narrowest sense of the word. As ever, you need to read the small print for the hidden details, particularly if you are a heavy user. For instance, if you manage to gobble up 22 gigabytes of AT&T data you are likely to get “throttled” and the rate at which you can upload/download data will slow down.  Despite this unlimited positioning many operators are not delivering you 4G speeds, which means you might as well seek out a Wi-Fi hotspot if you want to watch video.

Similarly, there are restrictions on “tethering” too; Customers who want to use their phones as hotspots will actually have to buy another one of AT&T's capped plans.

Comparable drawbacks and limits exist for all other providers. Inevitably, as competitors try to one up each other the exact details and finer print will continue to chop and change. This competitive activity encourages frustrated consumers to once again carrier-hop, looking for the best plan to tide them over for a period, then moving on when it gets too expensive or too limiting.

Unlimited data is being used as a crude substitute for not providing transparency to customers on the value they are getting from their mobile plan. Consumers want to understand how much data they are using, for example, watching a movie. In fact, over half of all mobile users, including those on unlimited plans, would change their mobile service today if they had more choice and control over how they used their data. In fact, if they could choose the best plan to meet their needs at any time, over 50 percent would change their data plan at least once a month - some as frequently as every day.

It pays to know your GBs from your MBs

Clearly, it’s vital to understand the difference between a gigabyte and a megabyte, and exactly which phone features and apps use the most amounts of data. Why do they want to know? Because how else are they supposed to understand if they’re getting value for money.  It’s worth knowing, for instance, that a gigabyte is made up of 1024 megabytes and that 100 megabytes will furnish you with five hours on Facebook, six five-minute, non HD video plays, 33 four-minute tracks on Spotify and 3,333 messages on WhatsApp (according to Confused.com’s calculator). But to make it even more confusing, not all video playbacks are the same.  For example, you’ll drain data much faster on Skype video chat, which uses around 224 megabytes per hour.

With all this furious focus on each other and on price – instead of the consumer – the U.S. Telcos are missing the mark. While lower prices are certainly attractive, customers today - led by millennials and digital natives - are placing greater value on experiences over products. This cohort want value, and they measure it in more than just monetary terms which is why they’re willing to pay more if they’re getting their monies worth. For companies that understand these trends, there is a real opportunity to take on the giants and win loyalty by providing customers with the control and on-demand experience they desire.

The first step to building this new paradigm is transparency.

Consumers want a mobile service provider that demonstrates true value and absolute transparency. One who will enable services to be purchased based upon on-demand and changing needs as well as distinct preferences. Until now, leading Telcos have used the unlimited strategy as a crude way of giving people control, but at a high price. Telcos are used to dealing in milliseconds when it comes to connecting customers to their networks. Now they must apply that same thinking and approach across everything their customers do. Digital operators around the world should be offering a level of customer service that matches their network performance, including providing them customizable plans that can be easily changed or tweaked, so that customers aren’t stuck with choices that don’t fit their need or budget.

Ultimately, consumers want a mobile operator they can trust. Currently service providers are missing the mark on what customers really want, which is greater value from their mobile plans as they see fit – they want the “Me Plan.” In order to overtake the competition, mobile operators are going to need to move on from price and network comparisons and embrace an entirely new playing field. It’s time for Telcos to take a U-turn on this current road to nowhere, and build a long-term engagement strategy that meets the needs of the modern consumer.