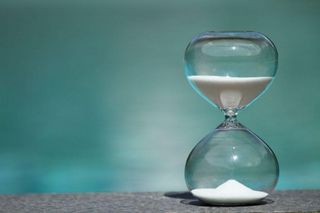 Einstein is certainly the re-focus of attention of late as astronomers worldwide excitedly pore over the first pictures of a black hole -where time ends, and space-time, matter and light disappear- and consider their implications for the theory of General Relativity.

Whatever you think of the images, excitement about the advance in our understanding of the fundamentals of physics, or disappointment that they are rather grainy compared to the many visual model's scientists have used to depict the black hole phenomenon, they are still the first fixed images of one of space’s alluring mysteries.

The images secured by the Events Horizon Telescope were achieved using telescopes in eight observatories around the world, co-ordinated to capture the images by highly accurate atomic clocks.

Curiously, a similar technique is being used to reimpose the concept of time and traceability back on earth in respect of our own “black hole” of computer space. Traceable Time as a Service (TTaaS) combines a series of atomic clocks to create a constantly accurate source of UTC, delivered globally by low latency fibre, with a software solution which enables local timestamping. It should attract the attention of Data Centre businesses, fibre suppliers and anyone reliant upon accurate and traceable time.

There is a problem in the virtual world of computers that many people know about but few talk about publicly.  Understanding and measurement of Time has become broken and fragmented because of poor synchronisation. As computer clocks fail to keep pace with speed of execution, different machines, in different locations, all running pieces of the same process, do not share the same time. So as Einstein would have predicted, lots of things look like they happen all at the same time, or even in quite the wrong order, potentially costing enormous amounts.

Time traceability is critical for all computer-based transactions -if clocks on servers in data centres don't all agree then transactions can fall apart or even be lost as a result. So, without time traceability in cyberspace, our concept of time accuracy similarly fragments and warps as it does in outer space.

This is particularly relevant in the Financial Services industry where recent regulations in Europe (MiFID II) and in the USA (CAT) mandate accurate and traceable time requirements in an attempt to address the problem. These regulations require market participants to synchronise the clocks on their trading servers with universal time to a level of accuracy that will give every computer decision a unique timestamp so that processes can be accurately reconstructed after an event from the machine records.

Accurate timing is of the essence

As recently as this week the UK Financial Conduct Authority (FCA) bemoaned the fact that they “continue to see errors in transaction reports … driven by inaccurate clock synchronisation” when transactions should be recorded in UTC.

Traditionally the difficulties and expense of implementing time synchronisation solutions in situ have proven to be a barrier to widespread adoption of UTC synchronisation.

And yet, the TTaaS AI software solution is already available - easy to install and use, cost-effective, resilient, and accurate. It is also regulation compliant. It can ensure accurate transaction records through computers constantly corrected to UTC. The downloadable synchronisation software continually adjusts the clocks on servers to the global standard of Universal Time (UTC), is microsecond accurate and is based on a time feed from atomic clocks in London, Toyko, and New York, not unlike the set -up of the Events Horizon telescope.

The software also verifies a computer’s performance by creating a cloud-based timing log of a computer’s transactions, so that its performance is recorded and subsequently traceable: an accurate image of time’s imprint in the black hole! To maintain the accuracy of the time feed worldwide it is deliverable anywhere in the world through low latency fibre connections.

Misalignment of computer clocks is a major and growing issue in a range of sectors. The broadcasting industry is migrating to internet protocol distribution, for which accurate and traceable timing globally will be critical to ensure synchronised timing of broadcast feeds around the world. Digital ledgers (Blockchain) should be wholly dependent on having accurate and traceable functionality. The betting industry too could benefit from accurate traceability of its transactions.

In fact, any business where many routine processes are automated in distributed systems, and huge numbers of transactions take place over very short intervals needs accurate timing and traceability. If the computers running these processes aren't aligned to the same time, it can be extremely difficult to work out the order in which events took place.

The attractions of TTaaS to the Financial Services industries and beyond are obvious but they are equally appealing to Data Centre businesses and fibre suppliers globally. As entire industries move operations to the cloud, Data Centre operators and carriers face increasing demands from a growing volume of customers and an increasingly competitive landscape from a variety of providers. Offering the best service and greatest value is paramount.

TTaaS, which provides significant value and even essential utility to customers at a low cost to providers, may well supply operators of Data Centres and fibre suppliers alike with the defining edge they seek.