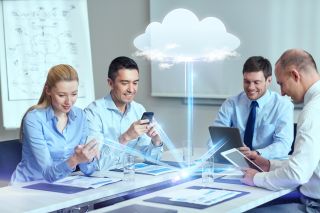 As new research from Trustmarque reveals that 91 per cent of CIOs want to migrate their on-premise apps to IaaS, PaaS or SaaS clouds within the next five years, James Butler, CTO of Trustmarque, identifies the key barriers to effective cloud app migration and highlights how they can be addressed.

Cloud computing has been on the radar of CIO’s for over a decade. During that time, it has helped countless organisations across the globe to become more agile, productive and cost efficient. At the moment, we are witnessing increasing numbers of enterprises believing the cloud to be a viable option for business-critical apps. But, migrating apps to the cloud is far from simple. It can generate unexpected costs, security challenges and interoperability issues – all of which need careful consideration to avoid the many pitfalls when migrating the apps.

Cloud migration is happening now – on a massive scale

There is a huge surge among organisations to migrate their apps as they realise the key business benefits it brings to their business. Our recent ‘Challenges and opportunities of cloud migration’ report found that the biggest of these for almost two-thirds (61 per cent) of CIOs is the cost savings to be made from migration. This is closely followed by almost two-thirds (60 per cent) of them citing the advantage of scalability, with just over half (51 per cent) stating improving their businesses ability to deliver projects and new requirements quicker is the driver.

Cloud-based models of IT delivery have a wide range of benefits that cannot be fully unlocked without transforming the architectural and IT organisation, which is never trivial. Simple lift and shift projects are not enough to do that and may struggle to achieve a good return on investment.

These projects may create new technical debt and uncontrolled cloud sprawl that needs to be unpicked sooner rather than later. It is vital customers put in place both the underpinning foundations for the new controls and operating model that are common across clouds, along with a holistic strategy that covers new innovation as well as the pre-existing IT estate.

With those in place they can safely build and deliver the application roadmaps to move to the cloud. There is no one-size-fits-all or silver bullet to cloud adoption and application migration.

CIOs and IT decision makers do clearly appreciate the benefits for their businesses from effective migration. However, many are wary of the potential pitfalls and challenges to migration.

Traditional IT budgeting models have not kept pace with the rapid transformation of business technology.  Many organisations have a fixed multi-year budget cycle and IT spend is often allocated on a Capex basis – meaning IT investments in infrastructure, platforms and applications are often accounted for as capital expenditure. More than half of CIOs feel this makes it more difficult, or slows down the speed at which they can adopt subscription-based cloud services.

More than half (56 per cent) of CIOs feel that the complexity of their current infrastructure is slowing their migration to the cloud. The problem is that the vast majority of organisations are running IT infrastructure and services that have grown and evolved over time, whether developed in-house, or brought in through acquisitions. This makes for complex environments which are comprised of multiple moving and interdependent parts, bringing further challenges in migrating to the cloud. Additionally, a third recognise that their own in-house expertise may not on its own be enough, while nearly three-quarters see the process of modernising these apps as slowing their journey to the cloud.

Despite benefits to the IT function and the wider business, cloud app migration remains a resource-intensive task requiring highly skilled practitioners. As the report suggests several factors make it increasingly important to seek out a trusted third party to help with the process and provide all-important subject-matter expertise.

We see customers grappling with legacy application modernisation at the same time as investing in innovation, building microservices, using PaaS and exploring concepts like server-less and immutable infrastructure.

Alongside the core technology, organisations have to change their information governance model and financial controls to ensure they can safely unlock the value of cloud. There is a real need to simplify these and other key challenges that CIOs face in app migration. An audit of their entire IT infrastructure is a vital first step to gain the necessary visibility to proceed with migration. Alongside this, CIOs need to assess apps before they can be migrated as a large number of the applications currently being used in many organisations have not been built with the cloud in mind.

It is impossible to overstate the benefits of migrating apps to the cloud. But CIOs must also be aware of the potential challenges they may face in doing so – these can be expensive, resource-intensive projects. The complexity of existing infrastructure can slow adoption and visibility. This is a major problem for many organisations, and apps may need re-architecting to make them “cloud-ready”.

Moreover, there are growing concerns over data sovereignty, driven by Brexit, forthcoming EU data protection legislation through GDPR, and question marks over data sharing agreements between the EU and US. All this is made even more challenging when information from the vendor community lacks the details demanded by organisations.

Many are likely to seek advice from trusted experts to help them navigate the minefield. And although this may seem like a way of giving over control to a third party, a successful partnership will, in reality put full control of app migration back into the hands of the CIO.

There are organisations which can provide the right expertise alongside a range of services specifically designed to help CIOs in their quest for effective migration. Building the right cloud adoption strategy and governance, delivering the resulting roadmap by helping with app migration and the creation of new Cloud Native Applications, with a mixture of tailored and packaged services, are all services which CIOs should be looking to import if they don’t have the internal expertise to complete app migration themselves.