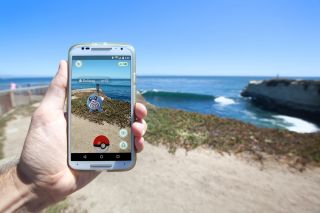 Anyone who has worked in the technology industry for a long time will develop a healthy cynicism towards industry buzzwords. They may also come to realise that the majority of technology “paradigms” are adaptations of concepts that have been done before. Digital disruption is not the automatic result of the arrival of new types of tech. Disruption, transformation, innovation – call it what you will – comes about as a result of human ingenuity, good fortune, and hard work – in addition to technology.

Take Pokémon Go as an example. Plenty of analysis has been done on why it was so successful. Nothing about it was particularly radical; the smartphone, mapping, GPS, AR and, of course, the Pokémon themselves are not new. However the combination of these things tapped into a desire for nostalgia, collectables, and the need to complete and compete. Originally developed as an April Fool’s joke, it was, by all accounts, a highly successful mistake.

The Pokémon Go story doesn’t begin and end with the game and its effect on Nintendo’s share price. Small businesses – restaurants specifically – are benefitting from Pokémon Go’s Lure Module. The Module is acquired through the app and attracts Pokémon characters to a specific location. When Sean Benedetti, the manager of L’inizio Pizza Bar in New York, paid $10 to have Pokémon characters lured to his restaurant, business went up 75 percent. This is digital disruption.

Benedetti deserves his plaudits. He recognised a way of utilising technology to add value to his business in a competitive marketplace. On a larger scale, there are countless examples of individuals using technology to deliver an existing service in a more innovative way. The real enablers of disruption are the people – not the technology.

Take cloud: It is arguably the most overused tech term today. Everything new today is “in the cloud”. What this usually means is that you access a service via an internet connection. In Creed, the most recent film in the Rocky franchise, a young boxer comes to an aging Rocky Balboa for some training tips. Rocky writes them down and hands them to the youngster. But instead he takes a photo on his smartphone and begins to walk away. “Don’t you want this?” asks a befuddled Rocky, paper in hand. But Creed is way ahead of him. “It’s already up in the cloud,” retorts the youngster. Rocky looks to the sky and asks: “What cloud?”

This scene is important for three reasons. First, it knowingly positions a joke that old people are not up to speed with the modern world. “C’mon Rock,” the viewer thinks “everyone knows about the cloud”. Second, if cloud jokes are appearing in Rocky films then you know cloud really isn’t all that new. Third, the Rocky franchise is a metaphor for the cloud story, given it is essentially the same thing told slightly differently time and again for the past 40 years.

So the cloud is not new, and neither is big data, the Internet of Things or DevOps. They are all new(ish) ways of talking about concepts that have been around for years. What has changed is that high profile “digital disruptors” like Uber and Netflix have forced traditional organisations to re-evaluate their tried and tested business models in light of the fact that users today are demanding a different experience.

Businesses have traditionally designed things based on specifications rather than designing services or usable objects around the end user. Today, companies need to build systems and services that embrace how people use them on an almost microscopic level. Whether it is a big enterprise like Bank of America or a start-up building a retail application, they need to understand the user experience. This is a huge paradigm shift from 40 years of systems architecture and integration. And that is the real disruption happening today. To get to you, businesses need to know exactly who you are. The human factor of digital disruption is the biggest disruptor and also the biggest challenge.

Attracting the right people is also a major challenge for traditional firms. The shortcut for many has been acquisition. Consider all the enterprises that have gone to market and bought digital agencies: Capital One, Bank of America, Target. And the really sad part is that most successful companies already have a lot of really smart people; they just struggle to look inwards.

Companies today need to work out how they can identify and extract the pockets of intellect and create an environment of ideation. If you have 20 new ideas a week, 18 or 19 will be non-starters. But if you have one great idea one week and another the next, the business will keep moving forward. Companies and the people in traditional companies are afraid to fail. Start-ups, by contrast, are not afraid to fail since they have less to lose.

The surplus of managers in enterprise today is stifling innovation. Everyone in an organization needs to have a voice. In an ideal world, employees would feel that they are contributing towards the business rather than grinding out results to meet a manager’s KPIs. Very often rank-and-file employees are the ones who come up with the best ideas since they are the ones dealing with the day-to-day issues.

To help capture innovation and follow through on ideation, SoftServe is building an internal platform that will enable people from within the company to log challenges in the business. Someone might say: “I have a client that needs to add three features to this new technology. Can anyone help?” And through social networking embedded in the platform, SoftServe would be able to engage people with the challenge. The platform will promote engagement and get people to feel as though they are working as one team globally.

My past experience in this area revealed an interesting trend: the majority of the people who were on the innovation platform were doing it on Sunday between 3pm and 10pm. People really do care about the company they work for. They want to be involved, but you need to give them an avenue to feel empowered to do that. Can you imagine how well it would go down if you said to people: “We’re going to have a phone call to talk about a client problem on Sunday afternoon”? It wouldn’t get off the ground.

However people want to be involved. At SoftServe, we’re drinking our own Kool-Aid by building a platform for ideation that we’re going to bring to our customers. And from a service perspective, this will be a major differentiator for our company.

The worst thing a company can do is close down its lines of internal communication and plough ahead using tried and tested methods. You just need to take a look at Nokia’s fall from grace following the arrival of the iPhone to understand how ineffective such a strategy can be. However, that doesn’t automatically mean the best thing a company can do is take the things that made it successful and try and do them using cloud, big data, the Internet of Things or DevOps.