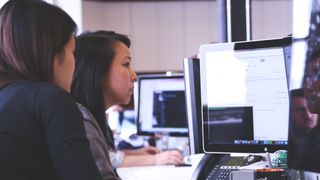 What a time to become Britain’s Prime Minister! Boris Johnson has taken the helm of the UK at arguably one of the most turbulent and economically challenging times in our recent history. Would you want to be in his shoes right now?

The flipside of this, of course, is that our new PM has the chance to make a positive difference and potentially set the economic course of the UK for the foreseeable future. So despite the shadow of Brexit still looming over the country – and things in this area seem no more certain than they have been for the past couple of years – how can our new man at the top start to breathe life back into an economy that certain experts are suggesting might drift into recession sooner rather than later?

One possible strategy could be to offer more help to Britain’s small business community, particularly those innovative companies that are developing new and exciting technology. We currently have 5.7 million SMEs in the UK, which makes the country a hot spot for startups. According to the Centre of Entrepreneurs, last year was the biggest ever for startups with over 600,000 new companies launching, which is pretty impressive if you consider the prevailing economic climate.

This is particularly good news on the UK’s employment and revenue front as the country’s SMEs employ 99 per cent of the population and produce 61 per cent of turnover. This is more than all the FTSE 100 companies put together, delivering a major boost to the UK economy and one that appears to be growing. And this is despite recent government policy that has tended to be focused on big business, essentially leaving SMEs to fend for themselves.

So Boris, now is the time to correct this situation, and boost UK employment and revenues further by dedicating a range of policies to making life easier for SMEs in order to help them launch successfully, grow and flourish. This is particularly important for technology startups, because these companies have the added benefit of spreading innovation across Britain, helping make businesses across the board more productive and competitive.

A primary aim of any new SME policies should be to create an environment that helps to keep technology companies here in the UK. There’s no doubt that we have the minds and expertise to come up with brilliant ideas. We also have the drive to launch highly innovative startups. However, more could be done to nurture these companies beyond the startup phase.

The UK remains a fertile breeding ground for innovation. According to Dealroom.co and Tech Nation, this country has created a total of 60 tech “unicorns” – companies worth more than $1 billion. This is more than every other European country. In fact, London alone has created 36 UK unicorns since 1990, worth a combined $132 billion.

This indicates that the UK tech startup scene has been a great success. However, unfortunately these celebrated companies that are supposed to pave the way for British success are not hanging around. They are either being snapped up by foreign predators, like Arm Holdings and Shazam, or are abandoning the UK and choosing to list elsewhere, whether that’s in the US, China or Japan. Something needs to be done to arrest this dangerous trend so that Britain can reap the full rewards of these homegrown technology innovators.

The problem lies in the funding. The Government’s EIS and SEIS initiatives have done a lot to encourage investment in what is traditionally seen as a high risk area, by introducing a range of tax incentives to those that invest in high tech startups. In fact, these schemes have become the envy of Europe with the UK hosting foreign delegations to find out more about them so they can introduce them in their own countries. Of course, there’s always room for improvement and the Government could do more to relieve the administration burden, giving investors immediate tax relief rather than in four to five months after investing, and also making paperwork less onerous and digitising the process.

Making all the right noises

But there also needs to be more done to continue to attract funding to the unicorn stage and beyond. The Nasdaq seems to be more generous to technology businesses than the London Stock Exchange. There are very few in the FTSE 100, yet a number of British tech firms have chosen to list on the Nasdaq over the past couple of years. These include online fashion retailer Farfetch and London-based biotech company Autolus, while food delivery company Deliveroo is expected to list in New York within the year or so.

Although the forecasts look good for SMEs and Boris is making all the right noises, this needs to be turned into positive action sooner rather than later so we can keep hold of our most innovative, influential and potentially highly lucrative businesses.