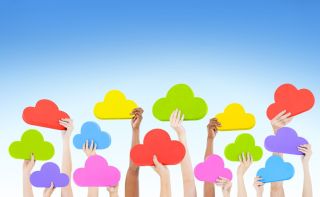 The role and responsibilities of the IT team in the enterprise has been shifting over the last decade. Slowly at first, and then rapidly as new expectations get piled on top of old ones at an ever-greater pace. From the initial adoption of business mainframes and the early moves to the cloud, IT was, generally, an enabling function within the business. The focus for IT teams was on uptime, to enable other departments to get work done; upgrading, to keep other departments’ processes efficient and competitive; and upskilling, to enable other departments to use more effective tools.

The reality of hybrid multicloud is creating incredibly complex and fast-moving IT environments. Recently, however, those expectations have been joined by upscaling, upending, and upheaval, as more businesses are looking to revamp their infrastructure in order to achieve the best of both worlds.

IT Teams are still challenged to keep the lights on, and downtime has never been costlier per minute due to the cloud, but they are also called upon to deliver strategic value, responding to shifting customer needs and competitors’ innovations. The need to modernise systems is still there but now so is the need to future-proof systems against a cycle of disruption such as the shift to microservices which shows no sign of letting up. Internal stakeholders still rely on IT to make their work possible, but they’ve been joined by external stakeholders such as data regulators making direct demands on the IT team’s approach.

With its purpose split between keeping things running in the present and delivering strategic value in the future, it’s no surprise that IT is turning to new approaches to manage the load. The preferred approach among these is the promise of automation. Taking some of the routine tasks of day-to-day IT, like monitoring performance levels, correcting misconfigurations, and handing them off to automated systems can mean freeing time up to focus on more significant interventions and future planning.

The risks are high, however. Trusting a machine to compile performance data is one thing, but trusting it analyse the data and take action based on it, ensuring the smooth operation of infrastructure which, in a digitally transformed business, every other activity relies upon? While many organisations and vendors have made significant strides in this kind of automation, it’s no surprise that they tend to be evolutions of existing systems, not revolutionary approaches, and still require human oversight to safeguard the infrastructure. In order to make the leap to truly dividing their labour between people and machines, IT teams need something more intelligent.

The value of intelligence

Given these competing priorities and stakeholders, it’s obvious a new approach is needed to equip teams to truly see, understand, and act with minimal friction across the entire infrastructure. The answer is Artificial Intelligence in Operations (AIOps). Typical automation is limited to event and reaction logic, like your autonomic nervous system pulling your hand away from a hot object. This makes it good at sending alerts, but bad at taking action where a more considered approach is called for. AIOps, in essence, adds that ability to consider by applying artificial intelligence and machine learning (AI and ML) to problems it identifies. The distinction with AIOps is the automation is truly intelligent. It’s not simply an algorithm acting on predefined rules to push out templated reports that a human operator must still analyse and act on.

Taking this then further, true AIOps can provide not only reactive action but predictive. This capacity significantly increases the scope for co-working with intelligent systems in IT: beyond performance problems, nuanced issues such as security and governance risks or unexpected error patterns can be handled or even anticipated without human involvement. In short, where some automation can only react in set patterns, AIOps can think not to touch the hot object in the first place.

In this way, AIOps is not just another incremental improvement in standards and processes; it’s truly a game changer for what the work of IT is about. Even thinking just in terms of the traditional role of IT in the enterprise, AIOps can level the playing field in many areas, from providing dramatic cost reduction, improved productivity, and minimised downtime for the whole organisation. We are now in a hybrid multicloud world: data and applications are dispersed widely, not held in a central datacentre, and the range of networking routes workers take to use those systems is vast. With this complexity, it’s becoming impossible for humans to manage IT environments with the speed businesses now require – intelligent data management is a necessity.

Beyond this, however, there is an even bigger prize on offer. If, as has often been said, every company is now a technology company, IT professionals are well placed to offer a lot more to their organisations than just keeping the lights on and gradually evolving their colleagues’ capabilities. Given the opportunity to spend more of their time and energy on the emerging needs businesses have around transformation and innovation, IT teams can be empowered to contribute to the big picture of the business and discover real competitive advantages.

That’s the prize on offer, and I believe AIOps is the future of the industry and the driver of modernisation. In light of this, I know I’m not alone: Gartner has predicted by 2023, 30 per cent of large enterprises will be using exclusively AIOps solutions to monitor applications and infrastructure. The proof of the value of AIOps is already coming in: in 2019, NetApp’s application of AI and ML in its operations saved customers more than two million hours of lost productivity due to avoided downtime!

In the past decade, we have seen an upheaval for IT – and some incredible things have been achieved during this time of modernisation. As we move into a new decade, AIOps will kick-start the era of intelligent data management and help deliver IT along with driving even more meaningful transformation.

Topics
multicloud
it
hybrid
Roles
Get Weekly News and Analysis