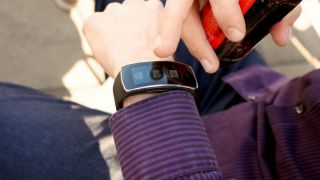 The wearables market had a boost in 2017, and payments played a big part.

Notable releases, such as the Fitbit Ionic proved wearables once restricted to simple tasks such as counting steps or heart rates are getting a new lease of life by becoming payment enabled. Forecasters predict 62 per cent of wearables will feature payment functionality by 2020.

The potential of wearable devices has been questioned in recent years, but global sales of smart wearable devices stood at $16.2 billion in 2016 with even more growth to come. While their popularity has inevitably been boosted by the global trend towards fitness and wellness, 2017 was the year that manufacturers looked at how wearables could complement multiple aspects of owners’ lifestyles. This trend looks set to continue in 2018.

This includes anything from monitoring the air quality and humidity in a smart home and adjusting the temperature based on how warm your body is, to helping you improve the quality of your sleep and paying for your morning coffee. Payments are an integral part of each day (like it or not), and wearables make them seamless.

The increase in payment-enabled wearables is driven by two things: demand for contactless and payments and improved security.

The popularity of contactless payments isn’t slowing. At the end of 2017, contactless spending in UK had grown 160% year-on-year on the Mastercard network. City-dwellers in particular are realising the benefit of fast and secure contactless payments for transport and paying on-the-go, and wearables make this easier than ever.

There are now numerous ways to pay with wearables. Improved security is rapidly unlocking payment functionality in smartwatches, and fitness-focused wearables such as Garmin and Fitbit. And Kerv has created a contactless payment ring for easy payments in a system that is very difficult to lose. This flexibility is making wearables more desirable than the bank card could ever dream of being.

This is just the beginning with tokenisation making it potentially possible to turn all sorts of gadgets into secure payment platforms such as cars, TVs and even fridges.

Sophie Charara, features editor at Wareable says: "Owners of smartwatches and fitness trackers are becoming more psychologically attached to their wearables - much less abandoning them in drawers as a few years ago - and contactless payments is one of those everyday features which has really helped to increase this stickiness. Being able to tap your wrist to get on the tube or pay for snacks can be a dealmaker addition to both single purposes devices - like running wearables and smart jewellery - and do-it-all flagship smartwatches.”

These security improvements have been made possible through tokenisation. Mastercard’s system ensures that your 16-digit card number is not used or stored on the wearable device - instead an alternate number, dubbed a ‘token’, is allocated to each new device for transactions. This uses similar protection to physical card chip security and applies it to digital payments.

Tokenisation also adds another layer of security due to the real credit card number being kept hidden, even during transactions at the point of sale. The future will only bring more innovation as different items become payment enabled.

Payments are made secure with a password, PIN or fingerprint already used on a connected smartphone. Many wearables such as the Apple Watch use persistent identification, meaning the wearable is unlocked and ready to pay until the wearer removes it from their wrist. But security goes beyond the capabilities of any device. As yet another layer of protection, our ‘zero liability’ provision offers debit or credit cardholders another safeguard for their funds.

Manufacturers are moving quickly. In just two months Fitbit Pay and Garmin Pay have launched in 10 countries with multiple card issuers. This is just the beginning. We are working with numerous manufacturers on wearable payments, from smartwatches to fashion and luxury items.

As we await a number of wearable announcements from CES in Las Vegas this week, some of the other trends to look out for in the wearables market in 2018 include:

- More technical health trackers that monitor different aspects of our health and lifestyle, helping identify and prevent illness. Incentives could come in the way of reduced health insurance premiums, as wearables can monitor wearers’ lifestyles.

- Wearables in more and more places when you travel, allowing holiday companies to offer tailored, individual experiences based on holidaymakers behaviour, such as Carnival’s Ocean Medallion.

- Smaller and more invisible wearables, such as hearables.