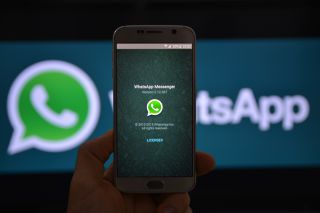 The news that Facebook is backing off plans to sell ads in WhatsApp’s main chat stream comes as little surprise to those in the ad-tech industry.

While the internal reasoning to remove this test code from the app and disband the team responsible for developing it remains unclear, to say that user backlash against the idea played a part in the decision would be fair.

To be clear, the social media giant still plans to bring ads to the WhatsApp Status feature sometime this year. It appears it has only stopped short of selling ads in its main chat stream. So while it may seem a victory on paper, and a small victory it is, we must first understand why Facebook is making changes to an app that has remained ad-free for 10 years in the first place.

Without user subscriptions, everyday messaging apps need to be funded through an alternative means. Facebook did away with the previous yearly usage fee WhatsApp charged before it was acquired, so the fact that it is now looking to shift to an ad-funded model is largely unsurprising. After all, Facebook’s other apps Facebook Messenger and Instagram have incorporated advertising into the platform for many years now.

So, the decision by Facebook to back off ads in the main chat stream – and the resultant media coverage it generated – diverts our attention away from the main issue at hand: Facebook still plans to sell ads via the WhatsApp platform and monetise your data.

What does that mean for me?

You may be asking what the implications of in-app advertising are for users outside of just having to see adverts. The short answer: lack of data privacy.

The monetisation of WhatsApp means Facebook will use data from the platform to help with the targeting of advertising. This will be more evident if the ads are personalised – as Facebook and Instagram’s are – using information gathered about a users’ preferences and behaviours from the platform and elsewhere.

This is because, while WhatsApp is ‘end to end encrypted’, the platform does not protect user data from being accessed and shared by other users. By simply using the platform, users are unwittingly exposing their data – such as the metadata around messages being sent, personal information, and user location.

Another concern surrounds the notion that WhatsApp data could be used to inform ad targeting on other Facebook-owned platforms. Last year, the BBC reported that Facebook had plans to integrate messaging services on Instagram, WhatsApp and Facebook Messenger. While it is unclear whether there have been any further developments on this integration, it could allow user data to be shared across platforms for targeted advertising.

While it is too early to see whether WhatsApp will offer its users the option to opt-out of any advertising or tracking of their personal data once the ads come into play, it is unlikely this will entirely protect their data and ensure anonymity in the platform, since, unsurprisingly, WhatsApp has never publicly confirmed (or denied) whether it is compliant with privacy regulations such as GDPR or CCPA.

Consumers and businesses alike should be more concerned around what Facebook and other social media platforms are doing with their user data. By having a better understanding, they can make an informed decision around these implications for their business.

As it stands in the ‘free’ model of WhatsApp, users are merely the product, not the customer.

What can I do to protect my data?

If users want to guarantee data privacy and control in their communications, whether professionally or personally, they should look for alternative messaging apps that have clear data policies with no advertising.

As mobile based messaging increases further, finding an alternative messaging app that has clear data policies could be especially important for those who deal in sensitive data. This point can be proven by the various mainstream investment banks who have taken steps to prevent traders from using apps (such as WhatsApp) to communicate with colleagues.

Despite finding no nefarious content discussed, in one case the mere act of discussing information on a platform that can circumvent compliance checks was enough to raise alarm bells and escalate the matter to the suspension of an employee.

This one act alone shows a clear – and understandable – fear of company data being discussed outside of the businesses control. With the financial institution powerless to index that data, and thus, fail to fall-in-line with various compliance regulations it must adhere to. A situation that no business (especially a financial institution!) wants to find itself in.

WhatsApp’s use at work

If you speak to those in IT, HR and internal comms, it becomes clear that workplace messaging platforms are muddled. That messaging tools are being mixed up with either project management or workflow tools. And often, in the case of WhatsApp, consumer messaging apps are being used to share sensitive information via a means that is not confirmed to be GDPR compliant.

Further to that, internal comms teams are often kept out of the loop. With some businesses employees taking to using unsanctioned messaging apps that cannot be access by IT teams. This is often as a result of employees being provided with messaging platforms that are not fit for purpose, so they are taking it upon themselves to look for unapproved or vetted alternatives.

For those who might find that concerning, rest assured there are plenty of sufficient alternatives out there. If a business values their data and privacy – which all businesses should – they cannot hide behind ignorance or turn a blind eye. The solution is to look for a subscription-funded or ‘privacy-by-design’ messaging platform that ensures all employees are communicating in an ad-free, secure and regulatory-compliant environment.

With or without ads, messaging services like WhatsApp are tracking user data. Hopefully, as privacy becomes a bigger topic, users will feel empowered to take a more active role in protecting their data and looking for non-Facebook-owned alternatives.