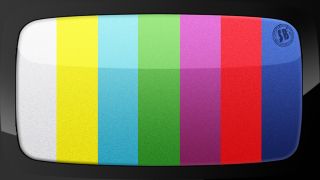 Over the last 20 years if I had a dollar for every innovation the advertising community has dubbed “the holy grail” I would be a rich man.  One recurring request by brands and agencies that has managed to stand the test of time is the concept of data-driven and addressable TV.  The combination of a lean back living room environment informed by audience personalize creative targeting with 1:1 messaging and flexible creative formats featuring the scale of network TV is the last crusade for the vast majority of marketers.

Ironically, this crusade has always been matched by an equal roar of naysaying that “TV is dead”. With the evolution of media consumption and unabated connectivity, these are not mutually exclusive positions.  Scaled, connected and addressable TV constitutes the future of data-driven video, and the existing model by which television based media has been bought and sold is finally starting to see major chinks in the armour after almost 80 years.

The potential of a big leap forward on this vision came with the initial approval of the AT&T/Time Warner acquisition, followed quickly by the purchase of AppNexus to support AT&T’s advertising technology aspirations.  Coupling AT&T and Time Warner’s video inventory across linear, addressable and connected devices with AppNexus’ exchange heritage has ad tech pundits excited about the potential to change TV.  Operative and Telaria’s focus on the sell-side of the business and Sizmek, Tremor, Amobee pushing the buy-side for all things video, are all signs indicative of a marketplace poised to take advantage of the shift in video buying
and consumption.

For years, the advertising landscape has been littered with the carcasses of failed companies who have tried to add automation and data driven buying to TV and died trying.

So, what’s different now? We are in the middle of a new cord-cutting economy. OTT (over the top) streaming services are increasingly cannibalising the hours spent viewing for American Households with 20% of US households now estimated to be streaming only. That leaves only 30% of US Households that are not streaming, according to CNBC’s 2018 All-American Economic Study.

However, the vast majority of ad-supported content in streaming is limited…for now. But when the floodgates of those streams open up for sponsorship, they will fundamentally change advertising. This is developing rapidly with Roku, Google, Amazon and AT&T doubling down on connected TV.

As a planner, though, can you achieve your reach goals through data driven and targeted TV alone? Not quite yet.

As you can see, from a media planning perspective, in spite of the promise of the data-driven HD future coming soon to a home theatre near you, the reality of planners today is that there is still a sizable in-demo audience that is not available on these devices even though the lift that the Millennial/Gen Z audience provides to viewership of out of home is becoming
statistically meaningful.

As people tend to bucket “TV” into a one size fits all, there are important facets of each when forecasting the future of the industry and knowing where the investments in Television may be going forward.

Linear Television inventory is the traditional broadcast and cable/satellite inventory that may be purchased locally or nationally.  Local (Spot) is limited to the local market provider (DMA/Cable Zone) and National (Network) is based on the number of affiliated markets for that programming.  Network inventory is traditionally negotiated with sponsorships upfront, with a small reserve for the scatter market to be purchased in-quarter or reserved for makegoods.  Spot is the opposite with a small portion sold upfront, with the majority sold in a scatter market based on supply and demand.  Buyers will use Nielsen as a common currency to post their ratings, which are guaranteed by the seller, and any shortfall in audience requires a makegood.  The industry has been littered with companies who have tried and failed to create a linear TV marketplace.  The infrastructure for automating linear television is not the barrier if the industry wants to adopt a programmatic framework for limited types of inventory.

During my tenure at Visible World, we were one of the pioneers of addressable TV, with companies such as Invidi working with MVPD’s (Multichannel Video Programming Distributor), which now include Comcast, Spectrum, Charter, Altice, DirecTV, Dish Network, and others and can reach over 60% of households.  Through in-house and external partners these MVPD’s have the ability to target advertising on spot and network cable at the household level to drive more targeted creative and buying.  Buyers are usually not allowed to “cherry pick” households and all targeting is both anonymised and probabilistic using partners like Acxiom and Experian to increase the likelihood for reaching the right audience.

The most digital-like experience offers a more flexible creative canvas, depending on the OEM/Device, and device targeting is not unlike mobile device targeting, though sometimes the user agent can mask the device type.  Most streaming inventory can be bought programmatically through private marketplace, or programmatic guaranteed.

One of the biggest issues around the future of television has always been who will own the market and more importantly the level of control it affords the suppliers.  TV has been a blind auction for over 100 years, where the demand far exceeds the supply.  This has enabled the suppliers to package undesirable dayparts, or programming alongside premium dayparts or programming.

The customisation that occurs in an upfront media commitment is complex, but the scatter market has always been primed for automation and auction.  The sensitivity the industry has felt over digital players, most notably Google, of creating an auction designed to commoditise the nuance of the TV buying process has limited the growth of data driven and automation of the industry.

As someone who has seen my share of alternative TV models succeed and fail, I remain sceptical of the industry coalescing anytime soon around a media owned technology across multiple suppliers. The migration away from cable among “cord cutters” will continue. More and more streaming products will be introduced to meet demand. But from a single-source data-driven solution standpoint, the industry needs an independent, scaled provider who provides a standard, a diversity of demand, and creative and data enrichment for a programmatic TV marketplace to thrive. It’s a big opportunity.  May the best tech win.