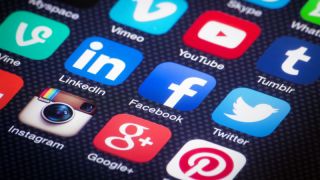 The funeral is as old as man itself. Archaeologists have recently found the burial grounds of Neanderthals in Iraq dating back to 60,000 BC. Antlers were positioned on the bodies, along with remains of flowers indicating some type of ritual and the provision of votive offerings to the deceased.

Fast forward 80,000 years and today it isn’t uncommon to have two funerals. One for your body and departed soul and another for your online profile. Cyber funerals are now a thing and are carried out to close down social media accounts, manage search engine results and stop identity fraudsters from virtually resurrecting the deceased for their own personal gain.

Research shows that the bereaved are becoming increasingly concerned that dormant accounts can get hacked and the personal information of the deceased used for fraudulent purposes or sold on the dark web to the highest bidder. We discovered recently that the death date of an individual commands a premium of 0.000277 bitcoin per record on the dark web – showing that it’s highly prized information.

In the past many people have opted to maintain social media profiles or put up in memorial pages, which enable the bereaved to keep treasured images, videos and posts of their loved ones online as well as providing the capability for grieving friends and relatives to share memories and add messages or remembrance. However, as more instances of deceased ID fraud are reported there is a marked trend to delete the digital footprint in order to protect the deceased’s identity and save the feelings of those left behind when having to deal with the aftermath of the fraudulent activity.

However, it’s not just the risk of fraud that is affecting the bereaved. Memorial pages too are proving problematic. For instance it was recently reported that Facebook is launching a new initiative to use AI to manage how it handles memorialised accounts moving forwards. Until now, memorialised accounts shared the same algorithmic features as live ones and therefore people were finding themselves being recommended to befriend dead people, send happy birthday messages to people that had passed away or suggestions to invite the deceased to a party. Facebook has said that these changes will put an end to this practice and Facebook’s chief operating officer, Sheryl Sandberg wrote in a blog post that they are “working to get better and faster at this.”

Sandberg also announced that Facebook will be introducing a “tribute” section, separating posts made after an account is memorialised from those made while the user was alive. It is also adding more powers to “legacy contacts”, nominated while the former user was still alive, allowing them to moderate the tribute section themselves.

These developments will be welcome news to the bereaved that have inadvertently been caused distress by the actions of algorithms.

And yet more also needs to be done to protect the bereaved on their own social accounts, For example, Gillian Brockwell is calling on tech companies to rethink how they target ads after she was inundated with baby-related promotions following her stillbirth. She believes if they were smart enough to deduce she had been pregnant in the first place, they should have realised that her baby had died. Following the heart-breaking and traumatic event she posted the news on social media as she felt it was easier to broadcast the news to her friends and acquaintances rather than having the pain of telling everyone individually. As a result she suggests that the technology companies should have picked up on this. When asking questions of the social media giants she wrote:

"Did you not see the three days of silence, uncommon for a high-frequency user like me? And then the announcement with keywords like 'heartbroken' and 'problem' and 'stillborn' and the 200 teardrop emoticons from my friends? Is that not something you could track?"

To add insult to injury when she actively tried to discourage the pregnancy-related promotions by clicking ‘I don’t want to see this ad’ button, the algorithm assumed that the reason for this was that she had given birth and therefore needed ads for nursing bras and car seats that grow with the baby etc.

We’ve all been at the end of a mis-targeted digital ad, but most of us can shrug it off, but when it relates to something as painful as a bereavement then it can’t and shouldn’t be shrugged off. It is time that the online marketing industry looked for solutions to issues as upsetting as these.

For decades the direct mail industry has understood that marketing to people that have passed away causes distress to those left behind. Finding a piece of mail on the doormat in the name of a deceased family member can serve as an incredibly painful reminder of a person’s loss. This is why trade associations such as the DMA and marketing legislation, including GDPR, spearhead deceased suppression which enables organisation to identify people that have passed away.

In most cases the Internet has enhanced our lives, but sadly in others, it can prove to be a final nail in the coffin.