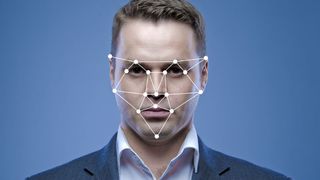 Fraud is not a new concept – far from it in fact. Since the dawn of time, fraudsters have looked to take advantage of circumstance and innocent people have unfortunately fallen victim as a result. But, in our digital age, fraud is more prevalent than ever before, with Nuance research revealing that a fifth of British consumers suffered an attack in the 12 months between May 2018 and 2019, losing an average of nearly £1,000 per person.

This is a problem only being exacerbated by the current, ongoing Covid-19 crisis. Over the last few weeks fraudsters have used the environment of uncertainty and fear brought on by a state of global medical emergency to wreak havoc, deploying increasingly sophisticated methods in order to hoax individuals and get access to their sensitive data and information. It’s estimated that the volume of fraud attacks has increased by 200 – 400 per cent depending on industry during this difficult time.

The National Cyber Security Centre has reportedly received over 160,000 reports of suspicious activity and removed more that 300 bogus websites. But, with new scams being unearthed each day, this really is just the tip of the iceberg. It’s more important than ever for organisations to be able to protect both their employees and their customers from fraudulent activity. The role that authentication plays in this process could not be more crucial.

Traditionally, knowledge-based credentials and alphanumeric phrases have been widely used to prove that someone is who they say they are. Individuals use names or addresses and passwords or PINs. Those looking to ‘add an extra layer of defence’ are often asked for the name of their first pet, where they went to school or what their mother’s maiden name was. Simple, traceable answers which are being used to protect some of the most sensitive data that an individual possesses.

In many ways, it’s unsurprising that these means of authentication are susceptible to social engineering attacks – especially in today’s Covid-19 climate, where consumers are being targeted by fraudsters using a variety of tactics and channels. Whether it’s an ‘urgent’ phone call from a bank about a fake transaction or an email offering a free coronavirus testing kit, fraudsters are using any means necessary to source the data they need to commit identity fraud.

Time and time again, it’s being proved that traditional passwords and PINs are no longer fit for purpose. They are also inconvenient, with two in five (38 per cent) individuals forgetting them at least once a month and having to reset them or request for them to be resent.

Reliance on these basic tools is costing individuals, businesses and the economy. This is where biometrics comes in. A more powerful and effective alternative to passwords and PINs, these technologies could provide an answer for organisations looking to ensure the security of both their customers and their employees during Covid-19 and beyond.

Voice biometrics, for example, use sophisticated algorithms and artificial technology to analyse more than 1,000 voice characteristics – from pronunciation to size and shape of the nasal passage. Each human voice is as unique as a fingerprint and so this type of technology can be used to validate whether someone is who they say they are immediately based on how they sound.

Another protective layer often added on top of voice biometrics is behavioural biometrics. This measures the most minute details – such as how an individual holds their phone, how they type and even whether they pause once they finish a task – in order to identify them.

Systems that incorporate biometrics - alongside other technologies such as multi-factor authentication, end-to-end encryption and public key infrastructure - are considerably less susceptible to fraud attacks.

Another benefit of using biometric technologies is that they enhance security, without compromising on customer experience. Customers don’t need to remember something specific and worry about it being stolen. Instead, they can simply speak a sentence to be authenticated quickly and effectively. In fact, biometric engines need as little as half a second of audio to authenticate and start personalising a customer engagement.

The very latest, innovative solutions in the market mean that there is no longer even a need for customers to be authenticated by using a specific passphrase such as ‘my voice is my password’. Instead, businesses can combine voice biometrics with natural language understanding in order to authenticate an individual based purely on natural utterances. This means any interaction can be secured and personalised from the moment a person starts speaking.

This could be particularly important in today’s climate, as demands on contact centres increase, with customers calling for reassurance and critical services whilst agents are being forced to work from home. By automatically identifying when fraudulent calls are being made, biometric technologies will prove an invaluable tool for enabling agents to focus on the task at hand: customer service.

The end of Covid-19 might still seem quite far away and it’s impossible to say what it’s impact on the wider business landscape will be long term. But one thing is certain; just as fraud was present before the crisis, it will remain long afterwards. There will always be a new wave of uncertainty for fraudsters cling onto and a new situation for them to manipulate. They thrive in chaos and are only set to emerge stronger than ever following the current crisis.

As fraud levels increase in both complexity and volume, protecting the identity of customers and employees is set to become increasingly important for all organisations. Traditional passwords – which are no longer fit for purpose – are swiftly being surpassed by biometric technologies. Their ability to identify customers, employees and fraudsters alike is helping to keep bad actors at bay during this unprecedented period and ensuring that businesses are able to keep on operating as usual.

By investing in biometric technologies, organisations are not only meeting today’s Covid-19 fraudsters head on, they are preparing for tomorrow and setting themselves up for success no matter what the future holds.