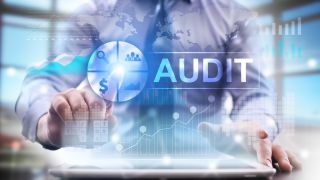 The days of dusty collection buckets and rattling a tin at passers-by are now a thing of the past. Donating has gone high-tech, and the methods of how people can give to charity have evolved.

Online donations now account for £2.4 billion in the UK annually, showing that members of society now interact with charities in a different way. To keep pace with this shift in consumer behaviour, charitable organisations must embrace digital transformation and evolve accordingly. If they ignore the way that people want to – and can – make donations, charities could lose that money altogether.

Cash payments are now second to card: according to research, 20 per cent of UK adults now never have money on them. This means that donating to charities by putting spare change in buckets, or at collection stalls, has become outdated. We’re not as dependent on physical money as we once were, and therefore we don’t carry loose cash that we can easily offload into a tin we are passing.

The government has predicted that by 2026, cash payments will account for just 21 per cent of all financial transactions – whilst UK debit card transactions have now overtaken cash. In 2017, consumers used debit cards 13.2bn times, while the number of cash payments fell 15 per cent.

In order to keep the donations coming in, charities will need to respond with technology that accommodates contactless payments – or miss out on vital contributions.

The Church of England is one such example. It takes around £580m a year in donations, and began looking at cashless payments due to the decline in the number of people carrying cash. It has now introduced contactless payment terminals in more than 16,000 churches, cathedrals and other religious sites. This means that churchgoers will no longer have to fumble in their pockets and purses for loose change or notes – and the donations will keep rolling in.

Tapping in to personal causes

The internet has given rise to personal fundraising. Online sites such as JustGiving enable personal campaigns to be shared and brought to attention, raising money for Cancer Research and other worthy charities. More than 22 million people now use the site to support charity and personal causes – which could otherwise go unheard of.

People are more likely to give money to causes they connect with emotionally, and particularly to those involving friends, family and acquaintances. We call this the ‘digitalisation of knocking on your neighbour’s front door’. Charities need to reach out and support members of the community that are raising money for them and give incentives for others to do so.

Other sites like Everyclick enable donations to be made to charities across the country. They are particularly key for encouraging regular donations from people who choose to support a range of charities, rather than giving to the same organisation every month.

The power of social

Trends like #GivingTuesday have inspired a generation of volunteers and donors. By staying relevant on social media, people are more likely to donate. If charities are not optimising social media, they risk missing a vital trick.

Social is particularly crucial in elevating trends to viral status and spreading mass awareness. The ALS Ice Bucket Challenge – launched in 2014 – came from nowhere but grabbed attention across the globe. Inspiring people to dump buckets of freezing cold ice and water on their heads is no mean feat, but more than 17 million people participated in the challenge worldwide due to the social media attention it received.

That figure included scores of celebrities, including Mark Zuckerberg, Anna Wintour, Tom Cruise, Charlie Sheen and Robert Downey Jr. These all helped raise widespread awareness of the ALS Association – whose work was largely unheard of before the phenomenon – and encouraged a combined donation figure of a staggering $115 million. This led to the organisation being able to fully fund a number of research projects, which has since led to massive medical breakthroughs.

By utilising digital methods, such as issuing newsletter updates and online marketing campaigns to targeted recipients, charities can help encourage regular monthly payments. These efforts are usually more effective if donors can see where their money is going. A lot of the time, charity donations are helped with content that tugs on the heartstrings. For example, animal charities like Battersea use emotive pictures of cats and dogs to open wallets, so regular email updates of progress pictures can help keep people donating to a worthy cause. They enable people to see what difference their contribution is making, and thus encourages them to keep giving.

E-donations have also become a viable option for people on the go, who don’t have time to stop on the high street and fill out paper donation forms. They help encourage regular supporters to make donations to causes that are close to their heart via monthly direct debits. This also saves time and resources at the organisations’ end, by minimising the need of charity workers being physically present on the high street, as well as negating the need to process reams and reams of complicated paper forms.