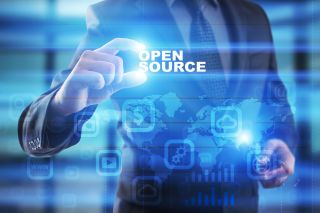 With WordPress, Firefox and Linux now the virtual infrastructure for many millions of internet users globally, and the likes of Apache and database management system MySQL widely embraced by corporations, Open Source (OS) software has long since passed a tipping-point moment. Yet despite growing familiarity with what OS means – and usage even by the EU and the US Government – doubts among many businesses about the quality and reliability of OS software persist.

Such concerns tend to cluster around three perceptions. The first is that because many OS products were built by the wider developer community – projects and foundations without the resources of a software giant with a history of producing proprietary programs – they cannot then be truly enterprise grade; indeed, they must be of inferior quality and reliability.

That, in turn, feeds a second perception that because an OS product is usually free, or low-cost, to use, then the organization or team behind it will inherently lacks the economic basis to offer the sort of 24/7 ‘real time’ customer support enterprises expect, especially during the implementation process and its aftermath. In particular, they fear that the project or team in question may vanish into the shadows a couple of years down the line, leaving them at the mercy of bugs and hackers.

There’s a third fear, too, and that’s based on the tendency of many businesses, large and small, to prefer to go with ‘a safe bet’. If they’re buying from a household name supplier, and the price tag is high, then they believe they’re getting what they pay for: namely, a product from a firm with a proven track-record (as opposed to one from a faceless ‘community’). Except I’d argue it’s that very community of globally-dispersed developers that is the underlying strength of OS, which in fact actually solves many of the above concerns. Here’s how:

Many OS projects are developed by large and successful companies, and often in turn invested in by major league VC firms. For example, the company previously founded by many of Oro’s leadership team, the OS e-commerce platform Magento, which was acquired by eBay, has the highest-ever adoption rate for a B2C e-commerce platform, while earlier this year, Red Hat became the first OS software company to achieve $2bn in revenues. Furthermore, Hortonworks which develops, distributes and supports enterprise grade Apache Hadoop,  went public in 2014. And the last two firms were VC-backed. These and other OS companies have learned how to successfully monetize their products, meaning they are able to provide the full throttle customer support enterprises expect.

As companies are plowing their own resources into developing enterprise-grade OS products, quality and security are the top priority – no business can afford to skimp on this stuff. Additionally, because these products are OS, the community of developers around them continue to innovate on top of them. Crucially, when they identify bugs, those same developers inform the wider community immediately. At Oro, for example, if someone in the community discovers a security issue, our forum lights up. So suddenly instead of an in-house QA team of a few to a couple of dozen people, which you see with proprietary software firms, you have tens or even hundreds of thousands of people continually using, testing and innovating with the product – in effect, a global, crowdsourced QA team.

3. The total cost of ownership is another compelling argument in favor of OS.

Using proprietary software can be expensive. You can end up paying through the nose for the licensing, implementation and round-the-clock support. Licensing OS technology is either far cheaper or for the most part free. Additionally, because there’s an army of developers out there using the same product, the cost of implementation has been driven down, because you can find remote talent to support you through the process almost anywhere. By contrast equivalent developers from some of the brand name proprietary software companies come at a price as they have to be officially certified by their employer -- and there aren’t many of them in the first place.

4. With OS products you get to road test for as long as you like.

In many cases with OS products, the free version of the software is very close to the enterprise edition, and there is little or no differentiation between features, meaning that a company can get very familiar with the product before investing in it. Typically, even the best-known of international brands will use and tinker around with the community edition of an OS product, before going on to purchase the commercial version. And I don’t think there’s a better way to validate a product than to use it for as long as you like first.