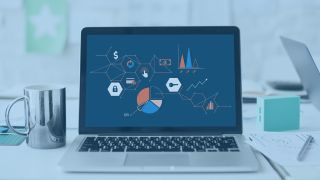 In August this year, Apple became the first public company worth one trillion dollars. For a company that was just weeks from bankruptcy over twenty years ago, I don’t need to tell you how impressive that is. One of the reasons behind Apple’s success lies in the power of simplicity. It’s something Steve Jobs and designer Jony Ive introduced in ‘97, and the firm haven’t looked back since. Simplicity is a core value in everything they do, in the way they work, how they craft customer experiences and in the way they design their products.

Across the board, the most impressive performers in tech have been the ones that have taken complex and time-consuming processes, and made them simpler.

That’s why within financial services, fintechs have been such a success story. They’ve taken complex processes such as mortgage applications, life insurance underwriting, opening bank accounts, consolidating pension funds or sending cross-border payments, and simplified the experience for customers. But as the industry matures, some fintechs are losing sight of how they got to where they are.

Take using cryptocurrencies as a store of value or to make payments. There are far too many hurdles put in front of customers, hence the lack of mass adoption. To buy crypto you have to open a crypto wallet, then you’re faced with onerous KYC processes, while there’s also a high failure rate for payments to the crypto wallet from your bank. You then need to also open accounts with different exchanges, and undergo KYC again. It’s a complicated nightmare. It’s no wonder we haven’t seen the growth expected in this space.

The same can be said for open banking, which has arguably failed to take off because of poor customer experiences, such as making users log-in to their online banking application to give their Payment Initiation Service Provider access to make a push payment on their behalf. This isn’t easier than having two browser windows open and making the Faster Payment yourself.

The problem that fintechs within crypto and open banking have failed to understand is that customers and businesses now expect the same service levels to match the experiences they have with the likes of Google, Amazon, Facebook, Apple, Baidu, Tencent and so on. This is hard to achieve for incumbent banks, insurers and asset managers as they don’t often start with needing to delight the customer; rather they are trying to maximise shareholder value. They also have legacy systems with data silos that inhibit their ability to service the customer. Fintechs need to solve real customer problems. Simplicity is a key part of that.

The power of simplicity

The fintechs that are excelling in simplicity are the ones that stand the most chance of success. Monzo, for example, is giving the established players a real run for their money. Its sign-up process and overall customer experience is fantastic – everything is housed on its app, and you can track your payments in real time, rather than logging onto a banking app which often doesn’t display payment information as they’re made. While Trov, a new on-demand insurance company, makes insuring items and claiming damage as simple as swiping a button on its app, far easier than the arduous task of waiting on hold on a call to make a claim.

But simplicity isn’t just confined to the world of B2C. In B2B, you have the likes of online payments company Stripe, which provides its customers with a simple one line of code to accept card payments on their e-commerce experience. Business banking app Tide is also a great example, it has automated the onboarding process for over 50 per cent of applications, by keeping things simple, which is in stark contrast with the big four banks and their still clunky, manual processes.

However, these companies are currently the exception, rather than the rule. Simplicity isn’t a hard mindset to adopt, but design thinking and UX (user experience) aren’t a well-respected discipline in the boardrooms of banks, insurers and fintechs. Ideally, of course, companies want to delight customers at every point of the journey, but sometimes the easier option is to focus on just getting the Minimum Viable Products out there in the market. This mindset means UX can fall by the wayside, which can be hugely detrimental to the overall effectiveness of the end product or service.

Getting back to basics

If the wider fintech industry is to adopt a more simplistic mindset, UX needs to inform everything their software teams build, and they need to really look at how their tech is being used by their customers. As a general rule, your Net Promoter Score will let you know if you’re putting too much friction in your processes, and if you’re paying management consultants to do customer journey mapping, or to sell you multi-channel strategies, then you’re probably getting it wrong, too.

In meetings, Steve Jobs was known to give his team the ‘Simple Stick’ treatment, cutting down Apple employees in presentations when he felt they had overcomplicated things. It wasn’t that the work was bad, but they’d failed to distil the idea to its essence, something he took great pride in doing. This lesson is as important now as it was during the Job’s era. Too many companies over complicate things - going back to the basics, simplifying what they do, and delivering a customer experience will bring dividends to your business.