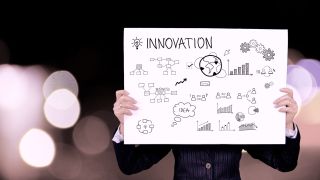 Look around any home or office and the words “Made in China” will be inscribed on countless objects. In many Western mindsets, China is most often associated with manufacturing, while the design, the innovation takes place elsewhere. Usually Silicon Valley. That’s changing, and at lightning fast speed. Innovation is making a world of difference.

While many may argue that Artificial Intelligence was invented in Silicon Valley, other countries are showing the way forward. China in particular has embraced AI, evolved and grown it tremendously in new, unprecedented ways. The country has over 700 million smartphone subscribers and each of those phones generate valuable data for the advancement of AI.

China’s regulatory frameworks do not prevent its companies, unlike their Western counterparts, from collecting, accessing and analyzing this data for accurate decision making. This has galvanized the country’s tech sector to harness the power of AI. In July this year, China outlined its strategy to become the world’s AI leader by 2030.

The axis of innovation is shifting….

Leadership positions that took Silicon Valley decades to secure look like they will be leapfrogged in a matter of years from now. Thanks to vast sums of investment, the scale of new markets and the sheer hard work from new, digital start-ups in cities such as Beijing, Mumbai, London and Tel Aviv – means that Silicon Valley is no longer the unchallenged epicenter of technological innovation. This has created new competitive pressures, as well as growth opportunities, for incumbents and emerging companies alike.

According to data from PitchBook, last year 18 of the 57 companies that reached unicorn status were from China. Giants like Baidu, WeChat, Tencent and Alibaba may have started life copying the precedent set by the likes of Google, Facebook and Amazon.

Alibaba has made China the biggest e-commerce market in the world. Its mobile payments market is 50 times that of the US. WeChat has no direct western equivalent, but has been likened to Facebook, WhatsApp, an app store and a payments system all rolled into one powerful platform. According to The Economist, owing to mobile payments, cash has more or less vanished from China’s eastern cities.

It might sound obvious, but success has come thanks to a relentless drive to innovate. Far from following the crowd, they are the ones now re-writing the rules of engagement.

How businesses respond to the balance of power in innovation will dictate their fortunes in the coming decade. Corporations like Amazon and Alibaba have diversified into seemingly unstoppable businesses.  Amazon spent over $20 billion on R&D and Alibaba spent $15 billion. They - and others – have demonstrated that disruption can come from any direction at any time. They have prioritized progress in everything they do – whether that is to establish multiple competitive advantages, to win over developers or to make customers happy.

What should companies do in the face of competition that threatens not only to outpace them but to leapfrog them entirely? It is well known that in today’s fast-paced digitally-driven era, companies that deliberate too long will get into trouble, but moving fast is only part of the answer. Progress requires pace, but it also requires preparation and some parameters.

Free up the innovators

There’s a good reason why many highly respected, experienced tech gurus are calling out AI as the frontline in the battle for digital supremacy between East and West. Its implications for both civilian and military applications are huge.  The industry is at an inflection point in their ability to solve higher-order problems with algorithmic thinking and achieve a deeper understanding of their surroundings through immersive experiences.

For example, give developers free rein to be creative and remove the repetitive tasks that can stifle innovation. Many developers can spend more than 50% of their time swatting the bugs on their codes. Machine-Learning software now has the capability to foretell defects and fix them accurately almost in real-time. This dramatically cuts fault detection times and frees up time for developers to be more creative.

Companies must now operate in an environment of fleeting opportunities with the future of existing products is always at risk. In most instances, the lifespan of any given business opportunity is now measured in months, if not weeks - not years.

Success depends constantly initiating new ventures to stay ahead, building and exploiting multiple competitive advantages. Knowing when the time for action is right requires a careful trade-off between perfection, practicality and potential gain. Businesses that will succeed in this new world order must be primed for action. This does not happen by accident, rather through intelligent organizational design. A company with a portfolio of new projects, ideas or ventures can lead over the long run.

When it comes innovation, not all companies are decentralized. Famously, Apple is said to adopt a stealthy and centralized approach to R&D. Apple’s patents when compared to Google show that Apple has a group of “super inventors.”

The “LEGO-ization” of products is another contributing factor for decentralization. In this way, businesses can breakdown their R&D components into ever smaller units of software and hardware to speed innovation. For example, many cloud-native companies divvy new products into microservices. For portability and flexibility, they use container technology.

Google has shown how microservices can be maximized by running around two billion containers on its platform. AT&T has seen a 30% improvement in time-to-market by using microservices in projects started since 2017. Companies that can successfully evolve themselves to make use of decentralization will be in a position to respond to market forces faster.

Today, it seems that the best algorithms are primed to win the race, but the reality is a little more complex. In the global race to innovate, organizations are faced with real, ethical dilemmas as well as the usual technical challenges and limitations they are more used to dealing with. AI brings with it the very real possibility of unintended consequences. The ability to compete relies on agility, insight, creativity and how nimbly they can effect changes. But the ability to thrive in the longer term will be intricately bound up with the ability to build autonomous systems…mindfully.