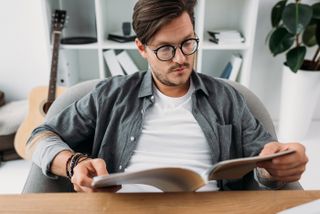 While many of us (rightly) place more emphasis on the environment and sustainability, including minimising paper consumption, it appears that print will still play a central role for the foreseeable future. 64 per cent of business users expect printing to still be important by 2025, compared to 78 per cent today. This is according to Quocirca’s global Print2025 report, which surveyed hundreds of businesses across the US, France, Germany, The Netherlands and the UK in 2018. Only 23 per cent say that paper will actually be unimportant to their businesses (compared to 7 per cent today).

While ultimately print and paper consumption will decline, this research indicates that they are alive and kicking for the time being.  Perhaps this is no surprise: in the age of distraction, print is a trusted and tangible medium that has stood the test of time since the invention of the Gutenberg printing press.  It has endured as a communication medium through the evolution of radio, TV, mobile, the web and social media.  Evidence shows that when a new medium comes along, it does not necessarily kill its predecessors: for instance, research last year showed the growth of print books sales versus the reported decline of ebooks.  Then there is the resurgence of vinyl music, or the recent revival of physical photos, using instant photo printers.  Even direct mail is getting another spin in the spotlight, possibly as a reaction to email inbox overload.

And, while online may be the channel of choice for the millennial generation, it turns out that they also value print, in some respects even more so than the Baby-boomers who precede them.  Quocirca’s 2018 Print2025 report surveyed hundreds of business across France, Germany, The Netherlands, US and UK.  Of the millennial workers interviewed, 77 per cent think paper/physical documents will be important or very important in the workplace in 2025.  Also, over half of the organisations surveyed in the Print2025 survey expect mobile printing (printing direct from a mobile device to a printer) to increase by that date.  Over 40 per cent have already implemented mobile printing to one extent or another.

While print volumes are ultimately declining, indications are that it is less of a big bang and more of a transition.  For instance, multi-function printers (MFPs), typically connected to the Internet and a very good example of IoT devices, can play a role in digital transformation strategies, with their ability to capture and share data that can be shared with other systems.

Printer manufacturers are already having to evolve to survive, moving to a solutions and services model to increase long-term revenues. Smart, connected printers and intelligent multifunctional printers (MFPs) offer attractive capabilities around digitisation and paper-to-digital document workflow integration.  That’s good news for end-users, but also for print manufacturers evolving in order to survive in the future.

Since connected printers can integrate with broader ECM platforms, together with their in-built ability to capture, route and store documents and data, they can continue to be part of the evolution towards more digitised workplaces, as organisations look to accelerate digitisation of paper-based processes.  Far from being a dumb device in the corner of the office or the print room, the printer becomes another part of a connected intelligent network.

Printers, the IoT and security

While many discussions around the IoT imply it is something new, today’s  MFPs are already IoT devices.   They can generate a wealth of data which is used for just-in-time delivery of consumables such as ink and toner.  Through managed print services offerings (MPS) printer manufacturers and their partners already leverage device analytics to enhance asset management, proactive maintenance and analytics and reporting.

Embedded software platforms within MFPs enable users to invoke applications directly from the MFP panel and connect directly to enterprise applications. MFPs therefore operate as sophisticated document processing hubs which are integral to the IT network.

Of course, like any other IoT device, security needs to be a priority and 95 per cent of businesses surveyed by Quocirca reported that print security was an important element of their overall information security strategy.  However, only 25 per cent reported of those surveyed that they are completely confident that their print infrastructure is protected from threats.

Fortunately, manufacturers are increasingly incorporating security into new printing devices, but it only takes one weak link in the chain and the reality is that many organisations are operating a ‘mixed fleet’ of printers, across new and old, different brands and models.    So, businesses must include printers within their wider IT security strategies, with a proactive and multi-faceted approach.  At network level, there need to be controls that limit access, manage the use of network protocols and ports, plus steps taken to prevent potential viruses and malware putting printers at risk.

The devices themselves need to be secured and this can include use hard disk encryption to protect data sitting on devices, whether active, idle or stored from previous jobs.  When printers are relocated or disposed of, data overwrite kits ensure that all scan, print, copy and fax data stored on the disk is destroyed.

User authentication can be implemented to control user access.  ‘Pull printing’ makes sure that documents are only released at the printer into the correct recipient’s hands.  In addition, digital rights management (DRM) techniques discourage unauthorised access and use.  Digital watermarking, PDF encryption and digital signatures all have a role to play.

Monitor usage across print devices at both document and user level, using either MFP audit log data or third-party tools.  This is something that managed print service (MPS) providers offer as part of the customer relationship, as well as security assessment services.

Indeed, the increased use of MPS providers is expected to increase, providing holistic, end-to-end services. Ultimately, the best of these will help end-user organisations use print as part of their transition towards an even more digital and secure future.

In the meantime, many users clearly feel that print has a continued role in the workplace, albeit it one that is changing and adapting to being more environmentally-conscious, digitised and mobile.  Far from a paperless office, the future is likely to be paper-lite.