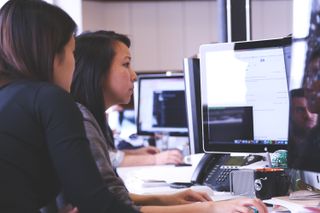 For today’s businesses, consistently and frequently adding new features to their offering is key to always having a competitive edge in the market. Redesigning a product’s user interface (UI), to update its look and feel, is often the go-to approach for doing this. However, the underlying framework that stores and provisions the data is often neglected when these updates are made.

PostgreSQL acts as an underlying framework in this instance – it does the legwork and performs the backend tasks, while the overlaying UI can constantly be re-evaluated and redesigned to keep abreast of the competition. The reason for this is simple – changing the database is often a very expensive exercise as it comes with extensive testing of current applications and redeveloping sections of the database interaction that might have changed.

The best part of using an open source community database like PostgreSQL is that you’re not bound by proprietary licensing, hence it’s low cost of operations. Additionally you have the benefit of a large group of developers contributing to it. At the same time, these advantages don’t mean you can use a version indefinitely or get fixes forever. Every version of PostgreSQL is supported by the community for a defined period of time, during which they release security patches and bug fixes on a regular cycle. Once the version is deemed unsupported, the fixes stop. As an example, PostgreSQL 9.4 reached End of Life (EOL) on February 13, 2020. This means that going forward, the PostgreSQL community will not release any fixes or security patches, nor will they address new vulnerabilities.

Organisations have strict compliances to adhere to in order to ensure critical application databases are up to date with the latest supported versions. These policies can also extend to applications with embedded databases. Therefore, keeping deployments up to date is imperative for compliance.

Throughput of a database is another key driver for upgrades. As shown by a recent benchmarking test, every subsequent version of PostgreSQLs has improved performance.

The availability of new platform-features - in this case, in PostgreSQL - is one of the main reasons that application developers and database administrators upgrade. Each new version of a platform introduces many features that open new ways of solving a problem and introduce new enhancements.

For example, managing partitioning of a table is much more efficient and easier with PostgreSQL version 12 than with prior versions. Another example is where the STATS_MODE aggregate function returns the argument with the most occurrences.

Databases can be very easy to penetrate via the wider network, making them one of the main targets for cyberattacks. Database breaches such as the one on Anthem where about 80,000 people’s confidential information was released, or the attack on Deep Root Analytics’ Voter Database from which 191 million personal identities were stolen are two examples.

Many organisations fail to upgrade their databases as regularly as they do other systems, which leaves a vulnerable point of access for hackers to enter and reveal or steal data. Ensuring the latest version of software is installed means having updated security features and reduces the chances of a successful data breach.

Now that we’ve addressed why businesses should upgrade their PostgreSQL databases, we can start outlining the risks they can run into if they don’t...

Once these factors have been evaluated, it’s much easier to consider whether a database is due for an upgrade. While more ‘cosmetic’ changes to features and UIs may be more cost-effective, it’s crucial that businesses do not dismiss compliance, data security, and availability of community support when making a decision to upgrade.