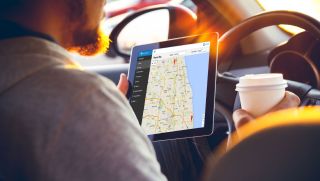 As the country embarks on Brexit negotiations, debates that have defined the entire referendum process are set to continue. However, in terms of the UK’s economy since the referendum result, it has definitely fared better than most economists’ expectations. Business remain optimistic and in a recent ShoreTel survey of 750 British businesses of between 50 to 500 employees, a majority (54 percent) thought that Brexit would create opportunities for their business to grow, while 28 percent had no opinion and 16 percent disagreed.

Whilst this is good news, companies need to make sure that they have the means to support this expected growth, including human resource. The challenge which has the potential to throw a spanner in the works is the growing skills gap. It is very likely that those responsible will not be able to close the skills gap at a fast-enough rate. However, what businesses can do is offer an attractive workplace environment so that more people would like to work for them, instead of their competitors. This strategy will also help draw in the right type of talent.

In terms of business growth, a great deal of emphasis is placed on Millennials, and understandably so. They are the demographic currently entering the workforce so organisations need to find a way to capitalise on this group, in order to increase productivity and operational output.

As a result, ShoreTel argues that cloud-based delivery of unified communications (UC) post-Brexit will play a central role in attracting Millennial talent because the most appropriate way to meet their working needs is by using a UC system. However, their study found over half (51 percent) of all respondents say their current communications systems are unable to support how staff work flexibly and this is impacting productivity. ShoreTel also found that new systems are needed to meet the demands of the Millennial workforce.

These motivations demonstrate why British businesses are embracing UC and perhaps more importantly, give compelling reasons why more organisations are looking to the cloud as an easier, more flexible way to deploy UC. In fact, not only did over 75 percent of respondents indicate they were aware of UC cloud, but over 58 percent said they already used cloud-based UC solutions, with an additional 38 percent planning to transition to it.

The study makes clear moving to the cloud is strongly influenced by the need to better marry communication systems to new ways of working and running a business more flexibly. After costs, when it comes to evaluating cloud-based unified communications, the top ranked considerations are: 1) can the service support workers wherever they are working (33 percent), 2) guaranteed high speed, always-on network access (27 percent), 3) one bill to cover all costs (22 percent), and 4) full-service 24/7 support (16 percent).

The technology can vastly improve flexibility in respect of when, where and how staff can work. By offering remote working employees can work from any location they choose depending on their time schedule, family commitments, commute time, the list goes on.

As already mentioned, millennials prefer to use the latest technology, while longer standing staff may prefer to stick with a desktop computer. With UC, the use of multiple devices doesn’t impact performance because business functions can operate effortlessly across any device. Furthermore, by ‘unifying’ communications technology firms can cut costs by not having to use one phone provider, another for video conferencing, and so forth. There is also the added advantage that the technology will work seamlessly across all devices.

In addition, UC improves collaborative working, and it has been widely reported that teamwork improves productivity and innovation across all sectors. Having the ability to share presentations easily and communicate between offices around the world, for example by using instant messaging, projects that may have taken months to coordinate, now take a matter of weeks (without impacting the quality of work). The flexibility of the cloud means that businesses can not only improve employee productivity, but can also create unique customer experiences that help their company be more competitive.

Of course, speed is the most obvious reason why companies turn to cloud UC. It is far faster than the alternative solutions available. Having quicker systems again adds to productivity, and generally improves with ease of use. Overall, those firms that have adopted cloud UC have done so is because it can better support the modern working environment.

UC helps reduce travel costs as well, by providing high quality video conferencing and removing the necessity to visit other offices. At the same time, speaking with colleagues and clients via video can vastly improve relationships.

So why has uptake of cloud UC been so slow so far?

While security fears are said to be the top factor that prevents businesses from moving to the cloud, this positive and ongoing adoption of cloud-based UC may suggest that security concerns are diminishing. Furthermore, a majority of respondents (72 percent) agree services and data held in the cloud are secure and safe while only 8 percent disagree. But now technology such as cloud encryption is helping to solve this problem.

Cost is another concern. While the initial upfront costs are relatively low, the monthly subscription fees can quickly add up. And there is the added worry about what happens if the organisation reaches its data limit faster than predicted. Furthermore, if a company has invested a lot into their existing systems, they are unlikely to want to upgrade to cloud until their current technology has reached the end of its life. That said, prices are falling, which has helped build momentum in the uptake of the technology.

Cloud UC is still relatively new and without many business use cases, organisations (particularly larger enterprises) were reluctant to adopt the technology. However, firms that don’t invest in UC could get left behind.

There are many uncertainties that lie ahead for the UK economy; which party, or parties, will end up governing the country? Will we have a new Prime Minister by the end of 2017? What will be the outcome of upcoming Brexit negotiations? Despite these apprehensions, British business seems to be on the right path when it comes to communications by investing and moving to the cloud.