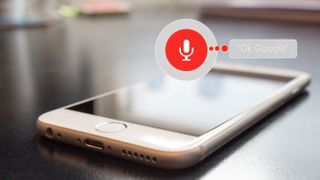 We all know of the personal assistants we have in our homes and pockets; Alexa, Siri, and Google Assistant. They answer our random questions, send texts for us, and play our favourite music on demand.  This is voice AI as we know it — until now.

Earlier this year, Google announced Google Duplex, an AI upgrade for Google Assistant that can make phone calls on your behalf — and sound fully human while doing so.

Naturally, the world is abuzz with excitement and speculation about the AI advancement that Google Duplex represents. But with this excitement comes fear and discomfort, leading us to question whether Google Duplex will be embraced by customers.

Will Google Duplex live up to its hype?

What is Google Duplex

Google Duplex is an AI system capable of natural conversation. It can autonomously make appointments and reservations on your behalf via phone call. The remarkable thing about Google Duplex is that it passes the Turing test — it’s almost completely indistinguishable from a human voice.

Unlike other voice assistants, Google Duplex uses fillers (uhm, err, mm hmm), voice inflections and pauses. This allows the system to almost perfectly mimic the cadences of a real human conversation. Indeed, the conversations shown at the Google Duplex demo, while perhaps a tad formal in places, sounded spookily like a conversation between two humans.

Like a text-based chatbot, the capabilities of Google Duplex are limited to simple interactions. Currently, it’s only programmed to handle simple phone calls, such as bookings, reservations and enquiries.

Google Duplex isn’t yet fully automated, as any complex call beyond its scope will be escalated and handled by a human. Still, Google Duplex is a demonstration of bots starting to become indistinguishable from us, and it’s exciting and scary in equal measure.

The hype: what it could do for us

Much of the hype around Google Duplex is about just how human it sounds. Hearing a robot carry a conversation – not just reel off answers – is certainly a huge leap in the field of artificial intelligence. Google Duplex will allow people to interact naturally with the technology that surrounds us.

The main goal of Google Duplex is the same as most AI and automation: saving us time. No more spending your lunch hour phoning up to book that appointment, table or holiday. Now, you can let your Google Assistant do it, and spend the time instead on more productive, entertaining, or important things. Google Duplex can also call businesses to make simple enquiries, such as opening hours, for example.

Businesses, meanwhile, could use Google Duplex to allow customers to book through the Google Assistant, and to remind customers about upcoming appointments closer to the time.

It also stands to be an absolute godsend to people that dislike, and try to avoid, making phone calls. Google Duplex could even be the first steps toward entirely AI operated call centres. But now we’re getting ahead of ourselves.

On the other side of the coin, there are many problems, questions and concerns around Google Duplex that could stop customers from embracing the technology. The most obvious issues are the limitations of its current capabilities. What if it gets put on hold or can’t understand the accent or voice of the human it’s speaking with? What will it do if it ends up talking to another robot?

Then, there’s the fear factor to consider. Alexa and Siri, while both great and widely used AI assistants, are still obviously artificial. That is, they do a great job of being helpful and even sassy, but they ultimately still sound like robots. We can find some comfort in that. The line between bot and human is unblurred; our robotic helpers stay in their lane.

With Google Duplex, however, we can take phone calls not knowing if we’re speaking to human or machine, and that’s unnerving. A quick internet search of ‘Google Duplex’ sees the new capability of the Google Assistant described as ‘scary’, ‘creepy’ and ‘unsettling’. Not quite the glowing reception that screams ‘customers will embrace this’. After all, how can customers embrace something that scares them

Additionally, while Google Duplex might sound human, it’s arguably too impersonal for small businesses, who rely on human connections and friendly service for their continued success. How can they hope to achieve this if they are only ever talking to Google Duplex? It’s argued that embracing Google Duplex could hurt the customer experience by removing the personal touch humans can provide.

There are also moral questions that need answering. Should we let robots pretend to be human? Is it ethical to let people speak unknowingly to a robot? Before Google Duplex can be embraced by customers, these questions and concerns need to be addressed.

Will it take off?

For a new trend, product or belief system to be adopted, it needs to harmonise with the zeitgeist, or ‘spirit of the time’. This means that people need to be open to the innovation, rather than defensive against it.

We’re currently seeing a tricky, or even unstable time for tech. Recent events and legislation have left online customers concerned about their data. Big names like Elon Musk and Stephen Hawking have warned against artificial intelligence, and automation is already reshaping the way we work. Google Duplex may be just a little too much change for us to handle.

All signs, then, might be pointing to Google Duplex being set on the back burner a little longer.

But there’s also Alexa, Siri and the increasing adoption of chatbots — Google Duplex’s text-based cousins. All have been easing us into talking comfortably with robots. So, Google Duplex might not be as big a step for customers to embrace as it might seem.

One thing is for certain: if customers are to embrace Google Duplex, they’ll need to feel less unsettled by it. The question is, will Google’s proposal to have Duplex introduce itself as a bot over the phone be enough?

Not if, but when

The current climate around Google Duplex is one of wariness — a sense in-keeping with the concerns around tech, AI and online security so far this year. However, the ongoing surge of AI adoption around us cannot be denied.

If the disruption from AI continues at the rate we’re seeing currently, then it’s not a question of if customers will embrace Google Duplex. It’s a question of when.

We might not be ready to embrace Google Duplex just yet, but it won’t be long before we are. We just need to get used to the idea first.