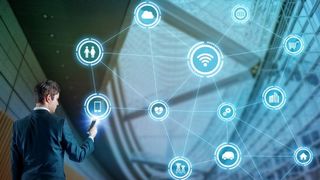 Digital transformation is usually a very company-specific process, but sometimes market drivers can conspire to create a sudden change in tempo, something that is very much in progress around Microsoft products.

Windows 7 and Windows Server 2008 are both reaching end of life on 14 January 2020, a situation which is creating significant disruption for SMEs, especially in manufacturing and engineering verticals. In less than three months, these products will theoretically become officially ‘unsupported’ by Microsoft, which means there will no longer be free security updates on-premises, non-security updates, free support options or online technical content updates.

Microsoft has recognised the threat to enterprise environments running Windows Server 2008 and Windows Server 2008 R2, and states that: “Customers who cannot meet the end-of-support deadline may purchase Extended Security Updates to keep server workloads protected until they upgrade”, but generally recommends that enterprise customers migrate as soon as possible to the cloud-based Microsoft Azure.

The knock-on effect of this ‘end of life’ switch off could be considerable, and not only for the estimated 36 per cent of the OS market that is still running Windows 7 (second only to Windows 10 at 43 per cent). The fact is that many current business Windows 7 users will be running the ageing OS for good reason, such as critical software dependencies - especially an issue in manufacturing, where vital control software for industrial machinery can cost thousands to upgrade - or due to outdated hardware.

Without access to security updates, businesses run a very high risk of encountering security issues - indeed, recent research shows that attacks on legacy Windows platforms are in no way decreasing. A warning from Microsoft earlier this year stressed the dangers of running unpatched older versions of Windows, stating: "All customers on affected operating systems [Windows 7 and earlier] should update as soon as possible", an option that will no longer be readily available to Windows 7 users come January 2020.

In short, there is a significant drive for millions of enterprise Microsoft users towards cloud-based solutions, a driver that not only solves the end of life challenge, but also offers significant opportunities for valuable digital transformation of business processes. However, there are also many pitfalls to be navigated, both in the migration process itself and in the delivery, which we at OGL Computer have been actively discussing with clients for some months. Interestingly, SMEs can learn a lot from larger enterprise processes relating to digital transformation and cloud migration, as the wider enterprise pain points have been extensively documented over recent years.

Build out a roadmap

The most important step in responding to a digital transformation challenge such as Microsoft end of life is to build out a roadmap and budget for change over a longer set period – typically three years. For example, an SME with current on-premise Windows Server 2008 could benefit by seeking to offload the management of systems and also leverage products which are typically already up and running, such as Office365 and SharePoint. Building in automation with Microsoft Flow (under Office365) is a common next step, and then look at application modernisation and either remain on-premise or move to an Azure cloud-based model.

The budgeting question is, of course, a key one for any enterprise, and especially relevant to SMEs, but this is where the roadmap can really deliver. A regularly successful approach for SMEs is mapping out the full roadmap and then drip-feeding the solutions to meet a manageable budget so that the potential of each phase can be realised, before going to the next phase. A gradual approach is always better in digital transformation projects, not only as people find it difficult to embrace too much change all at once, but also because core business functions still need to operate during the process.

Aiming for greater automation is fast becoming a key business driver, especially on the data side. SMEs are waking up to the fact that they don’t need to employ multiple personnel to number crunch and provide reports, when BI and AI can be adopted to automate such tasks and provide accurate information in real-time.

Off-the-shelf packages such as PowerBI for Business Intelligence and Microsoft Flow for automation are gaining traction, and their adoption in a digital transformation context will only accelerate over the coming years. For enterprises planning a complex migration, automation tools might seem like running before you can walk, but in fact, the processing of data - and actually finding the data in the first place - provides an excellent starting point for either and both requirements.

All about the data

Being able to gain actionable insights from enterprise data is set to be the standout feature of successful SMEs, enabling businesses to operate lean but maximise profit. It is one of the many benefits of a successful migration to the cloud and use of automation, both trends that have been underway for some time in the larger enterprise segment. However, with the stimulus of Windows 7 and Windows Server 2008 end of life, there will be many SMEs making the leap over the next few months, hopefully with considerable success!