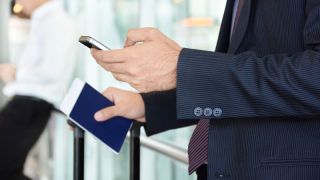 A decision years in the making came to fruition in June, when two-year-old legislation to end mobile roaming charges throughout the European Union went into effect at last. Following years of debate, the European Parliament voted in 2015 to revamp telecom laws across the EU, starting with the extra roaming surcharge that European travelers have long endured. Now mobile users can surf, stream, and shop as they move through any of the 28 EU member states without paying stiff roaming fees.

Welcome as it is, the ability to “roam like at home” is just one step toward a more sweeping goal: the creation of a single digital nation where any EU citizen can freely access the internet anywhere, at any time, for any purpose. One EU official called it “the biggest change Europe has ever made digitally.”

Just months into this change, mobile users seem to approve. A Eurobarometer survey for the European Commission found that since June 15, mobile data roaming in the EU has doubled, from 15 percent to up to 31 percent. The Eurobarometer survey also reported that operators have noticed a three- to six-times increase in data traffic, which they attribute at least in part to the new policy.

The roam-like-at-home rule “concretely improves the life of European citizens,” says Mariya Gabriel, Commissioner for Digital Economy and Society. “Customers are appreciating it, consumption is up, and the demand for mobile services while travelling in the EU is very high. It benefits consumers and operators alike."

It’s a promising first step, but the EU is still far from being a unified digital marketplace. Rather, each state in this loosely-woven society maintains independent control over online content and services. For Europeans, ending the inconvenience and expense of roaming charges hasn’t eliminated the complexities of cloud computing, shopping, and streaming entertainment online across the EU. Netflix, for example, must have 28 separate licensing agreements, and is blocked wherever an agreement is lacking.

Indeed, some citizens have complained that eliminating roaming charges consumed an inordinate amount of time and energy, with unimpressive results—because most Europeans rarely travel outside their own borders, they argue, the new policy helps only a handful of the elite.

Legislators contend that roaming charges represent a barrier that had to be broken, and freedom from roaming charges will, in time, become the foundation of a larger goal: a single digital policy uniting every EU member state. In the meantime, they suggest it is well worth saving travelers from the (formerly) painfully high cost of phoning home or logging in—and in any case, consumers are already seeing smaller mobile phone bills.

Users and carriers make their moves

With the purging of carrier roaming charges, it’s expected that mobile users will feel encouraged to spend more time on their mobile devices—specifically to consume more content—because they no longer need be concerned about additional charges stemming from data roaming.

How will carriers respond? Since the absence of roaming charges represents lost profits, they’ll be making a major effort to create new revenue streams. The ripple effect will inevitably prompt carriers to offer an extended portfolio of travel-related weather, entertainment, business tools, and subscription-based value added-services, such as maps, trip recommendations and accommodations. Operators will be eager to offer services that complement the new regulation and provide users with relevant content throughout their European travels. Vodafone, one of the world’s largest telecommunications companies, jumped ahead of the curve last year, when it began offering all contract customers online TV packages (including HBO, soccer, and motorcycle and Formula 1 car racing) with no roaming charges.

In light of lost roaming revenue, the opportunity for other channels of income seem apparent. Mobile subscription-based services seem to be in vogue, not just for generating revenue, but as a means of creating customer loyalty as well. Note that U.S. operators have recently begun offering free subscription content to their users as value-adds. T-Mobile is offering users free subscription services to Netflix, for example, while AT&T is following suit with an HBO subscription offer. With the EU opening the door to create one large digital marketplace, operators will certainly be encouraged to offer digital content that will attract and retain their users.

Pursuing new concepts for revenue generation might be wiser than raising rates and fees. The EU is imposing strict caps on charges to mobile users when traveling, but raising other fees, such as charges for non-travelers who call and text other countries from home, is still an option. Operators may want to tread lightly, however, as EU officials have an eye out for unfair practices, such as raising prices on services that aren’t related to roaming. As Roberto Viola, director general of the European Commission’s digital policy unit, explains, “We’re trying to create a Europe without digital borders.” Carriers are expected to do their part to further that cause.

The absence of digital borders will inevitably create a more competitive marketplace, in which subscribers can demand the content they want, and operators need to compete for subscribers. With that demand comes more content and more services that will benefit the user and, consequently, the European economy—and yes, with that comes a cheaper phone bill as well.

For good measure, the EU might push back against American businesses that have flourished in Europe. News aggregators—including Google—could be asked to pay for online content generated by European publishers.

Today an estimated 75 percent of online sales are confined to individual member countries, restricted by borderlines, according to the EU. In a more expansive future, we could expect to see every European nation benefit from improved digital and telecommunications services, along with new technologies free to spread rapidly across open digital borders, millions of jobs emerging from new companies throughout the region, and a GDP strengthened by billions of dollars.

Hopes are high for a future European landscape where all the barriers have fallen like dominos, tipped over by the first simple piece—the demise of mobile roaming charges.